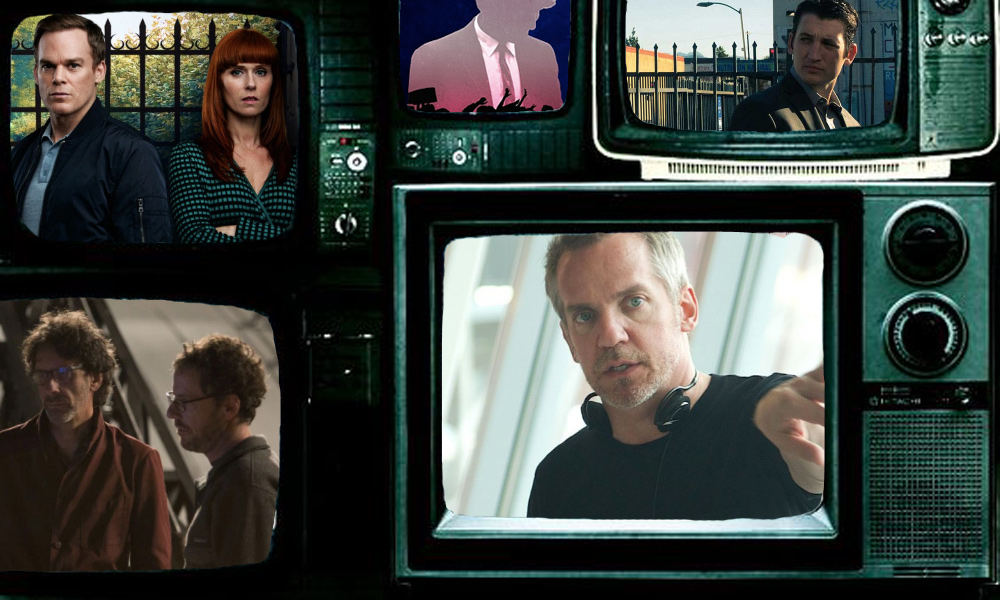 With TV being the new orange, it’s becoming increasing difficult to keep tabs on what our filmmaker favorite are up to and while we remain a film-centric outlet, our Top 50 TV Binge List is a monthly ranking of what we are craving for the most in the the medium. We will be sticking to upcoming TV series in the works (before they premiere) and won’t be populating the list with second seasons (although we can’t wait to see how Andrea Arnold jump with Big Little Lies) or TV shows or pilots (L.A. Confidential has got us curious). For the most part, this is a handy guide curated by those who can’t still make the distinction between film and non-film (Twin Peaks: The Return).

Possibly readied for a first look at the Cannes Film Festival and landing at the top of our list, The Ballad of Buster Scruggs might follow in the footsteps of Jane Campion’s Top of the Lake: China Girl with a tuxedo type of presentation. Production began in July of last year, and while Netflix have been mum with a release date/season, we do know that Tim Blake Nelson leads a formidable cast in this six-parter.

Selected as the closing item for the inaugural CannesSeries, creator Harlan Coben – the celebrated author we know for Guillaume Canet’s adaptation of 2006’s Tell No One (Ne le dis à personne) will see a chunk of Safe be presented on the croisette. Consisting of eight episodes with Michael C. Hall in the lead, this centers around a disappearance and his circle of (dis)trust. No word on the directors just yet.

Nicolas Winding Refn is the gift who keeps on giving in terms of production updates on the 10 episode Too Old To Die Young for Amazon. With still some shooting remaining (scheduled shoots to still take place this summer), this naturally explores the criminal world – in what we imagine is an urban Ghost Dog like exploration of the underbelly of Los Angeles. This features several thesps including William Baldwin and Miles Teller (pictured above). This should drop in the fall and if Venice or TIFF or open to it, could be profiled there.

Quoted as saying “after ten TV movies and 12 films, I wanted to tell a longer story for once,” it is Michael Haneke who takes our fifth spot (and let’s be frank could top the list for the next two years) with Kelvin’s Book – which explores themes (reflection of the digital age and dystopia) he has previously worked on in his filmography for a ten-parter in English for FremantleMedia’s UFA Fiction. We are a long ways away, but confident that this will drop next year.

Timed for the first Monday of the month, we’ll be adding, subtracting and updating the chart below. Let us know what you think in the comment section below. Thank you for your patronage!