It should come as no surprise that Cannes Film Festival will play host to Kent Jones’s doc on the touchstone of filmmaking interview tomes, Hitchcock/Truffaut (see photo above). The film has been floating near the top of this list since it was announced last year as in development, while Jones himself has a history with the festival, having co-written both Arnaud Desplechin’s Jimmy P. and Martin Scorsese’s My Voyage To Italy, both of which premiered in Cannes. The film is scheduled to screen as part of the Cannes Classics sidebar alongside the likes of Stig Björkman’s Ingrid Bergman, in Her Own Words, which will play as part of the festival’s tribute to the late starlet, and Gabriel Clarke and John McKenna’s Steve McQueen: The Man & Le Mans (see trailer below). As someone who grew up watching road races with my dad in Watkins Glen, NY, I have a soft spot for McQueen’s obsession with speed and the beauty of mechanics which is encapsulated so thrillingly in Lee H. Katzin’s racing classic Le Mans.

Asif Kapadia is another filmmaker thoroughly aware of the thrills of motorsports, having made his name with Senna, a film that tells the story of Brazilian Formula One racing driver Ayrton Senna and remains, to my mind, one of the best documentaries produced in recent memory. Senna was composed solely of archival footage and audio interview overlays. His latest, Amy (see trailer below), works on the same narrative mechanics while recounting the tragic life of the singular vocal talent Amy Winehouse. The film is scheduled to premiere out of competition at Cannes and will likely roll out fairly wide over the summer.

In unlikely news, Cannes has announced that Oscar-winner Luc Jacquet’s new film, Ice and the Sky (see production photo below), which surfaced in my list a couple months back, will close the festival in what the festival has called “a hymn to save the planet”. Following Jacquet’s monolithic Morgan Freeman-centered nature film March of the Penguins which set records for documentary box office intake back in 2005, his latest documents the scientific discoveries of 82-year-old French glaciologist Claude Lorius, an explorer who began studying the Antarctic ice in 1957 and has since been a leading force in enlightening the world to the dangers and consequences of global warming. 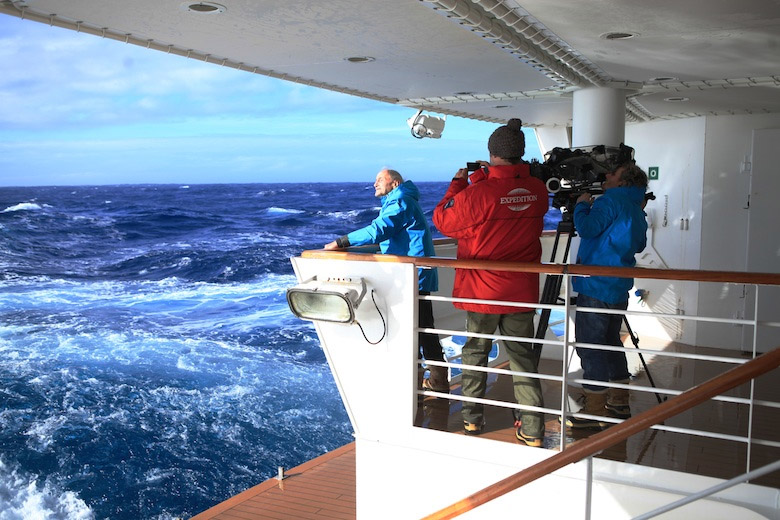 Outside the realm of Cannes and the shores of the French Riviera, director Paul Mariano has been hard at work on his humorous looking portrait of voice actors from around the world who regularly re-dub the voice of George Clooney for regional release in Being George Clooney. Mariano and his crew recently released a trailer for the film (see below) and launched a lovely new website as a tease of the comedy within and the cultural implications involved in such an endeavor after having raised a total of $92,386 with their incredible successful Kickstarter campaign. If I had to take a shot in the dark, I’d guess we’ll see the film this fall for either a Telluride or Toronto world premiere.

As mentioned previously, for those attached to any of the docs mentioned below — please feel free to share any updates on the status of your projects. I can be reached at jordan [at] ioncinema dot com. Without further ado, here is our most anticipated Top 100 docs in the pipeline.