It’s been a couple months since the last edition of What’s Up Doc? placed Michael Moore’s surprise world premiere of Where To Invade Next at the top of this list and in the meantime much shuffling has taken place and much time has been spent on various new endeavors (namely my Buffalo-based film series, Cultivate Cinema Circle). Finally taking its rightful place at the top, D.A. Pennebaker and Chris Hagedus’ Unlocking the Cage is in the midst of being scored by composer James Lavino, according to Lavino’s own personal site. Though the project has been taking shape at its own leisurely pace, I’d expect to see the film making its festival debut in early 2016.

Right behind, the American direct cinema masters is a Texan soon to make his non-fiction debut with Voyage of Time. Just two weeks ago indieWIRE reported that Ennio Morricone, who scored Terrence Malick’s Days of Heaven way back in 1978, would be reteaming with the elusive filmmaker for his long in the works doc on the creation of the universe. Additionally, it now seems there will be two versions of the film: “a 40-minute IMAX version narrated by Brad Pitt which will be delivered first, and a feature length edit narrated by Cate Blanchett.” If this doesn’t turn out to be another Malick masterpiece, I’ll at least be looking forward to the eventual making-of doc featuring lawsuits and all.

A handful of films made a splash onto the list after my fairly recent discovery of Dogwoof’s in-production site, including what looks to be shaping up as an impressive feature debut by Heather Lenz on the life and career of the Japanese outsider artist Yayoi Kusama. Utilizing a wealth of beautiful archival materials and key curatorial interviewees like Frances Morris of the Tate Modern to tell the story of Kusama’s journey from pop art fame (rivaling Andy Warhol at the time) through the halls of a Tokyo mental institution and back again, KUSAMA: Princess of Polka Dots (see clip and still above) looks to be nearing its completion, having taken part in Film Independent’s documentary lab back in 2013. Also on Dogwoof’s slate is Werner Herzog’s volcano doc Into The Inferno (see still of Herzog in production below), which we’ve been keeping tabs on, has made its way to the #3 spot on this list and is tentatively scheduled for a 2016 release.

Looking further down the list at new additions, directors Bob Hercules and Rita Coburn Whack recently launched an ambitious Kickstarter campaign to raise capital for the production of their new film on the life of Dr. Maya Angelou, simply titled, The Maya Angelou Documentary (see clip above). With the support of executive producers Michael Kantor, Reuben Cannon and Marquetta Glass, who has successfully worked on previous Angelou projects, the film looks to have all the makings of a lavish and moving bio-docs about a most deserving African American woman who helped to forge a path in writing and filmmaking. With several weeks to go, the campaign still seeks more than half of its $150,000 goal, but I expect them to surpass the finish line with flying colors. 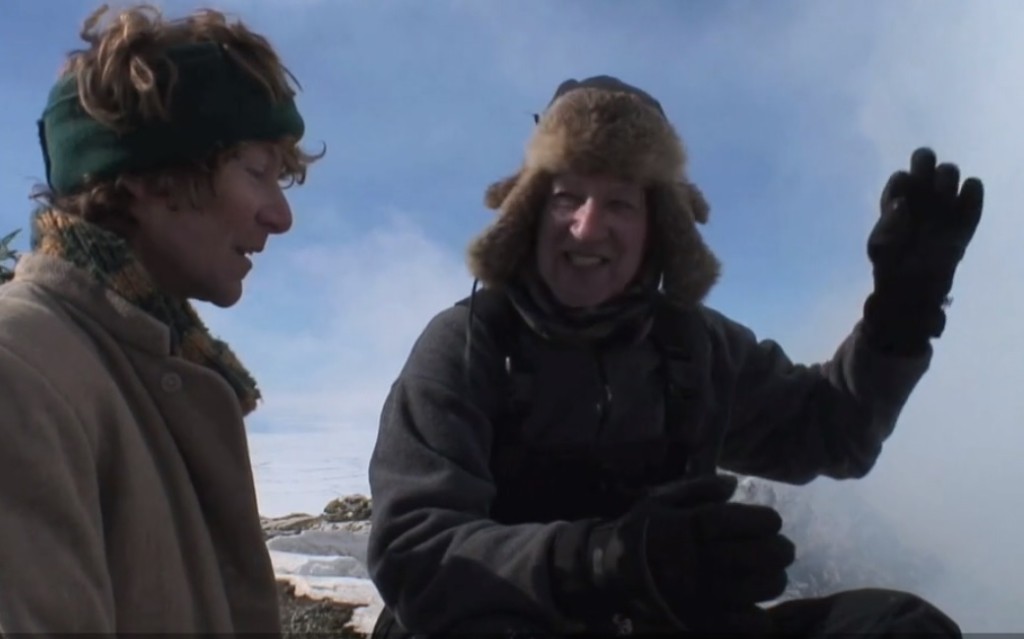 And while films like The Maya Angelou Documentary are just getting started, others like Katy Grannan’s The Nine are nearing completion. Just a few weeks ago Grannan and her team screened the film’s gorgeously poetic trailer (see below) at Rooftop Films in New York City after having taken part in the Independent Filmmaker Project’s (IFP) 2015 Documentary Labs. After four years in production the film, which according to the IFP press doc labs press release, “depicts a fallen Neverland where ruined lives exist in parallel with the sublime, and the lines blur between the fantasy of one woman’s imagination and the brutal reality she cannot escape,” recently reached picture lock and should be submitting to winter and spring festivals right about now.

As mentioned previously, for those attached to any of the docs mentioned below — please feel free to share any updates on the status of your projects. I can be reached at jordan [at] ioncinema dot com. Here is our most anticipated Top 100 docs in the pipeline.

Continue Reading
Advertisement
You may also like...
Related Topics:Into The Inferno, KUSAMA: Princess of Polka Dots, The Maya Angelou Documentary, The Nine, top-stories, Unlocking the Cage, Voyage of Time, What's Up Doc?