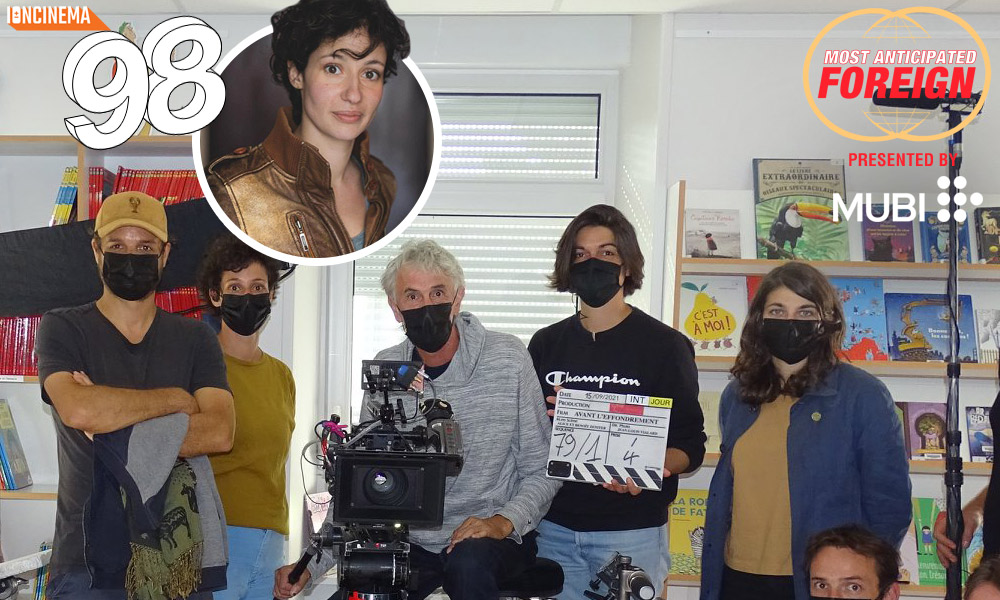 Writing her first novel when she was still a teen – the written word is definitely her strong suit and while Alice Zeniter has flirted with cinema in seeing a screenplay she wrote materialize into Raphaël Neal’s Fever in 2014 and having her last novel L’Art de Perdre gain some traction via Barbet Schroeder to direct and Saïd Ben Saïd to produce, she effectively launched (or reinvented herself) into filmmaking mode. Joined by hubby Benoît, she embarked on her directorial debut this past August. Having received some CNC coin in 2020, Avant l’effondrement (translates into Before the Collapse) was shot in Brittany with the likes of Niels Schneider, Ariane Labed, Souheila Yacoub, Myriem Akhheddiou and Séphora Pondi. Produced by Marie Masmonteil, this was photographed by Jean-Louis Vialard (of Wi Ding Ho’s Cities of Last Things – watch interview).

Gist: In a dystopia Paris, this is about a campaign manager named Tristan (Niels Schneider) who is knocked sideways when he receives an anonymous letter containing a positive pregnancy test. Potentially suffering from a fatal and incurable genetic illness, Tristan becomes obsessed with the idea of finding the woman who sent him this test. He decides to carry out an investigation, risking his love life and his career in the process…

Release Date/Prediction: This is a film that could drop on the Croisette (Critics’ Week or Directors’ Fortnight) and or make the cut at Locarno.