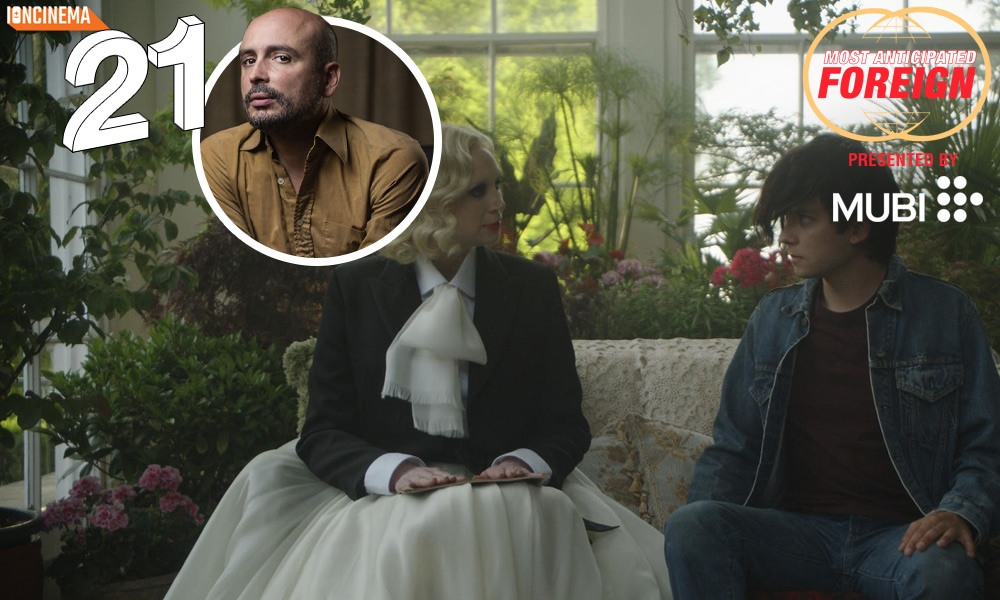 Moving from the clothes we wear (with accompanying antagonist forces of everyday appliances) to the food we eat (or can’t eat), Peter Strickland is one of the best British filmmakers since breaking onto the scene with sensorial items such as 2009’s revenge drama Katalin Varga, and following that by 2012’s Berberian Sound Studio and 2014’s The Duke of Burgundy. With several coals in the fire, Strickland turned to low budget pandemic filmmaking lassoing muses Fatma Mohamed and Gwendoline Christie (the both recently appeared in In Fabric), in addition to the likes of Asa Butterfield, Ariane Labed, and Makis Papadimitriou to the fold last June for his fifth feature film. Strickland commented on Flux Gourmet calling it “something devoted to the disruptions of the stomach whilst attempting to maintain a degree of dignity to deeply private and embarrassing symptoms.” Lunapark Pictures’ Pietro Greppi and Red Breast Productions’ Serena Armitage produced the project.

Gist: Set at an institute devoted to culinary and alimentary performance, a collective finds themselves embroiled in power struggles, artistic vendettas and gastrointestinal disorders.

Release Date/Prediction: IFC Films are likely hoping for some film festival premieres and genre film fest play prior to releasing the film theatrically. We think this could be a Berlinale selection –