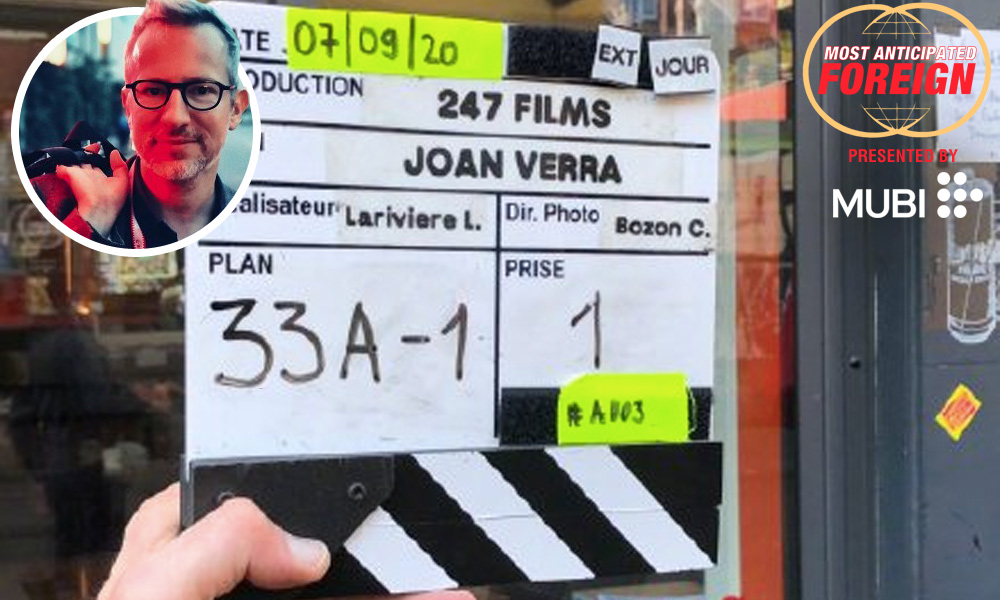 Director Laurent Larivière assembles a stellar cast for sophomore feature Joan Verra, headlined by Isabelle Huppert in the title role. A French-German-Irish co-production (with Marc-Antoine Robert and Xavier Rigault on hand from Paris based 2.4.7. Films), Huppert is joined by Lars Eidinger, Swann Arlaud, Freya Mavor, Florence Loiret-Caille and Dimitri Dore. Lariviere re-teams with scribe Francois Decodts and the project is lensed by Celine Bozon (sister of Serge, who has lensed her brother’s films La France, Mrs. Hyde, Tip Top as well as many other features, including Valerie Donzelli’s Marguerite & Julien, 2015). Larivière’s debut feature I Am a Soldier, which starred Louise Bourgoin and Jean-Hugues Anglade, premiered at the Cannes Film Festival in Un Certain Regard.

Gist: Joan Verra finds herself overwhelmed when a figure from her past suddenly turns up, forcing her to retreat to the countryside where she experiences fragmented recollection of her romantic encounters. She’s joined on this journey by her son Nathan, who has just arrived from Montreal.

Release Date/Prediction: A four week shoot in France finished its final leg in Ireland in October of 2020. We expect Lariviere’s cast will ensure another invite to Cannes in 2021, likely in Un Certain Regard or Director’s Fortnight.