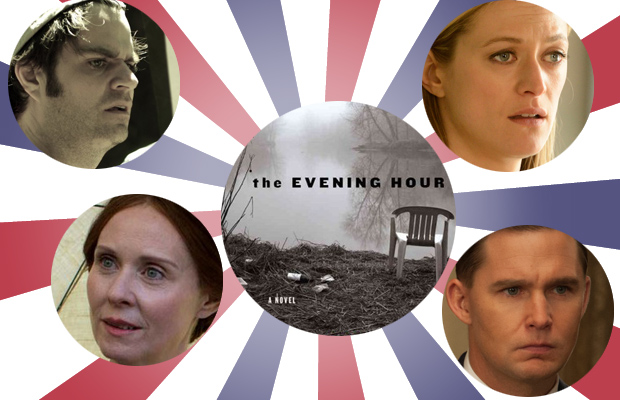 After off-roading it in desolate Armenia with Here (U.S. Dramatic Competition – Sundance Film Festival) helmer Braden King will be roughing it out in the white trashy backdrops of Appalachia’s West Virginia with an adaptation of Carter Sickels’ 2012 novel. Deadline reports that the filmmaker has lined up unknown Michael Trotter, red-hot actress Cynthia Nixon, Brian Geraghty and Marin Ireland for his sophomore film, The Evening Hour. Production is set to begin midway this year with Elizabeth Palmore writing the screenplay and Star Thrower Ent.’s Tim and Trevor White and Tom Skapars producing (Rob Reiner’s LBJ).

Gist: Set in a small West Virginia mining town in the foothills of Appalachia, the book tells the story of small-time drug dealer Cole Freeman (Trotter), who is driven to action and redemption in response to a set of unexpected circumstances that threaten to tear apart the close-knit fabric of family, friendship, land and history that binds everyone, and everything, he loves. Nixon will play Ruby, Cole’s estranged mother whose return home after a long absence serves as a catalyst for change in his life.

Worth Noting: Prior to penning her debut screenplay, Palmore has worked in various functions within the biz most notably duties on Pixar films and most recently as an assistant to Daniel Day-Lewis on the set of Lincoln.

Do We Care?: We’re expecting a complete tonal shift from what we found in the Ben Foster and Lubna Azabal starrer Here (best described as a pair of terrestrial souls presented as solitary planets) and not unlike what Debra Granik did for the Ozarks, we’re also banking on an Appalachia backdrop that does more than simply inform us on this character set’s conditions.