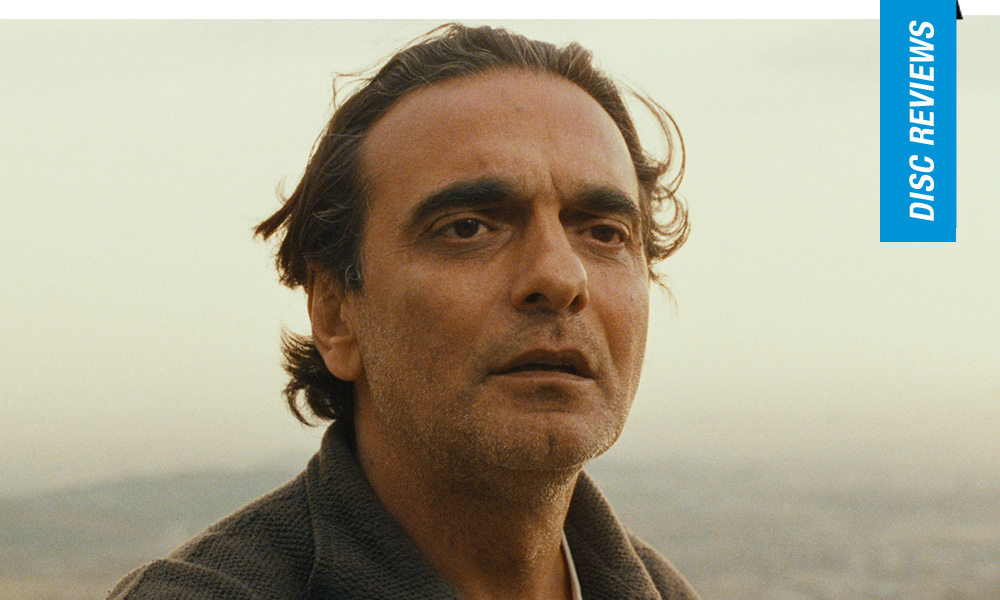 It’s impossible to talk about Iranian cinema without mention of Abbas Kiarostami, the most prominent figure amongst a formidable coterie of names which rose to prominence in the Second Iranian Wave after the Islamic Revolution. And it’s impossible to talk about Abbas Kiarostami without mention of his groundbreaking Palme d’Or winning 1997 title Taste of Cherry, which premiered before he was completed with his compilation masterpiece, eventually known as the Koker Trilogy.

A minimalist odyssey with universally humanistic themes, Kiarostami examines one affluent man’s journey to find assistance in ending his life via a series of increasingly uncomfortable interactions.

Badii (a stoic but increasingly disparate Homayoun Ershadi) is a man on a mission. Through seemingly aimless searches, we learn he is looking for a particular candidate – a man who will agree to rendezvous with him at a certain time and place wherein they will find his dead body in a shallow grave and cover him up in the best semblance of a proper burial one could hope for. Suicide, in Iran as in many other places, is illegal. A sacrilege. His intense stares lead to wrong impressions, such as a young man rebuffing him for interpreting Badii as looking for something intimate. An affable soldier grows scared in the passenger seat of Badii’s Range Rover, even though he’s offered a fee which would amount to six months’ worth of pay. Several awkward interactions ensue, until finally, a taxidermist, though reluctant, reveals a memory from his own dark night of the soul which allows him to understand where Badii is coming from, and thus agrees to assist him despite the consequences.

Taste of Cherry, for all the implications of its ambiguous final frames, is a hypothetical exercise. We never learn why Badii has chosen to end his life, but it seems to him the cool, calm, and collected end of a self-actualized tether, like the icy protagonist of one of Bergman’s religious themed spasms. Except we have bypassed whatever self-loathing and repulsion which has brought Badii to the decision, instead trying desperately to request assistance from strangers, something only someone with unconditional love could likely provide. It’s the esoteric territory of a pulpy mechanism which has been explored before—take, for instance the rather shrill but provocative Elizabeth Taylor character in The Driver’s Seat (1974), adapted from a Muriel Spark novel by Giuseppe Patroni Griffi, in which an American spinster scours Rome for a man to kill her.

Suffice it to say, Homayoun Ershadi is tasked with convincing a stranger into the same dangerous intimacy, the promise of an everlasting friendship or union the start of which begins with death. The cherry, as a symbol, once tasted, represents the loss of virtue or innocence, and like Eve’s fateful apple, is a boundary crossed which unleashes consequences. Badii is a man, for whatever reason, who has crossed the boundary and his decision is death. While we never ultimately see if his plan leads to fruition, Taste of Cherry might instead find we’ve all had this ‘taste,’ and if the real world, as the last sequences indicate, finds us mired in the loss of innocence (a filmmaker making his movie behind the scenes; news snippets), it’s the audience’s decision of how they’ll move forward with both this story and their own.

Criterion resurrects this early release on Blu-ray with a new 4K digital restoration, featuring an uncompressed monaural soundtrack in 1.66:1. Picture and sound quality are pristine in this newest edition, including some updated features from the earlier Criterion DVD edition, such as a 2017 program featuring film scholar Kristin Thompson on Kiarostami’s use of landscape.

Abbas Kiarostami:
This 1997 interview with Kiarostami was conducted by film scholar Jamsheed Akrami.

Kiarostami’s available filmography post the Islamic Revolution features many masterpieces. More austere and bittersweet then something like Close Up (1990) and less experimental than Certified Copy (2010), and without the breadth of experiences encapsulated in his Koker Trilogy, Taste of Cherry is perhaps Kiarostami’s most universal projection of grace and suffering, reflecting a world which offers as much beauty as it does woe.