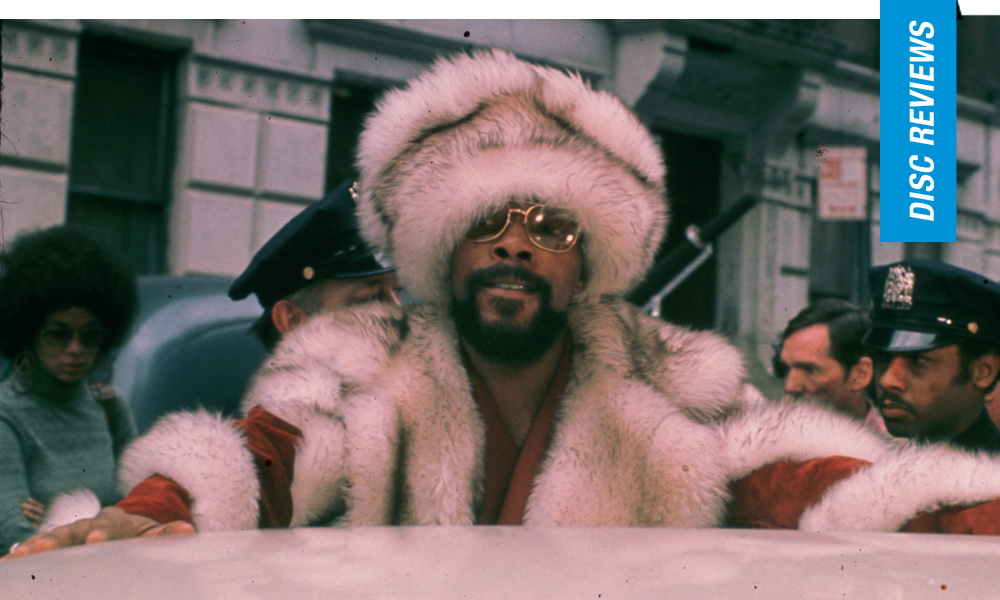 Under the Shadow of Shaft: Big Pimpin’ in Moses’ Willie Dynamite (1974) | Blu-ray Review

There are a limited number of archetypes birthed out of the brief but significant Blaxploitation movement in 1970s American cinema, which spawned several icons. While names like Pam Grier and Richard Roundtree are imprinted in the zeitgeist, a whole slew of neglected actors and their equally vibrant characterizations are still worthy of recuperation, though acclaim is tempered by the rampant misogyny and homophobia readily celebrated in their microcosms. The oft-revered figure of the pimp is a mainstay of the Blaxploitation movement, with several notorious figures receiving recent resurrections, including Youngblood Priest of Superfly and Rudy Ray Moore’s Dolemite (who will soon be portrayed by Eddie Murphy in a Moore biopic). But one of the most intriguing and neglected characterizations from Blaxploitation (besides Isaac Hayes as Truck Turner) must be Roscoe Orman’s Willie Dynamite, whose flamboyant fashion choices provided a visual inspiration for a wide array of contemporary reappropriated visualizations of black male masculinity.

Willie Dynamite (Roscoe Orman) is New York’s flashiest pimp, known for his personalized purple and gold Cadillac. Desiring to be the city’s most successful hustler, he directs his flock of women, shepherded by the ragtag Honey (Norma Donaldson) to usurp more territory by any means necessary. But when the latest addition to his posse, Pashen (Joyce Walker) keeps getting picked up by the police for prostitution, Willie suddenly becomes the target of DA Robert Daniels (Thalmus Rasulala), who is dating tenacious social worker Cora (Diana Sands), a woman who has made it her personal mission to take down Dynamite, whatever the cost.

At a glance, Orman appears strikingly modern thanks to a reclamation of his vintage wardrobe choices. Also, Orman sported a shaved head long before this was customary. The film itself suffers from some unfortunate missteps, particularly in its action scene choreography and dialogue which isn’t as snappy or outré as classic lines from the mouth of Dolemite or Foxy Brown. However, what’s most interesting about Willie Dynamite is how he’s not actually the protagonist of his own saga, instead positioned as a villainous social blight on the black community.

While Orman has the requisite swagger to imbue Dynamite with all the expected gravitas of a seasoned flesh-peddler, the film provides resonant social commentary through Diana Sands, the social worker who goes toe to toe with Willie (though of course, she falls for his charms in a way which suggests love is the only rehabilitative miracle one needs). Sands becomes the unsung and underrated cast member here, her considerable talent lending a sobering edge to the trenchant silliness which Willie Dynamite might otherwise glorify.

Best known for her performance as Beneatha in the excellent filmed version of Raisin in the Sun (1963), Sands was a celebrated stage actress of New York Theater, who also appeared in Hal Ashby’s 1970 debut The Landlord. She succumbed to cancer in 1973 at the age of 39, her last two screen credits being this film and another Blaxploitation classic, Honeybaby, Honeybaby (1974), though she was tipped to play the lead in Claudine, the 1974 classic which earned Diahann Carroll an Academy Award nomination.

And while Willie Dynamite is worth watching solely for Sands as a subversively utilized social worker and Roscoe Orman’s extravagant wardrobe, it also features character actor veterans Thalmus Rasulala and a standout performance from Norma Donaldson as Willie’s “bottom bitch,” an actress who also appeared in the seminal Poetic Justice (1993) as one of the three “Fates” opposite Maya Angelou in the Johnson Family Picnic aside. Her character introduction alone, whereby she manhandles a Mason into buying her services and declares “The price of meat has gone up everywhere,” is worth the price of admission alone. A bit roughshod, Willie Dynamite was the only theatrical feature directed by Gilbert Moses, who would go on to direct episodes of several noted television productions, including an episode of “Roots” (1977) and several ABC and CBS After School Specials.

Arrow Video presents Willie Dynamite in high-definition 1.85:1 with 1.0 mono audio. Picture and sound quality are beautifully attenuated in this new transfer, which glorifies J.J. Johnson’s score (notably featuring Motown legend Martha Reeves, who croons, “no time for kindness till his dream is done” further accentuating a surprisingly subversive femme-centric perspective by Blaxploitation standards). Frank Stanley’s cinematography is a vibrant time capsule of New York, while Orman’s clothes pop off the screen, giving the film a timeless yet vintage veneer. Amongst the limited bonus features is an optional audio commentary track from critic and lecturer Sergio Mims (host and producer of Bad Mutha’ Film Show) and the original theatrical trailer.