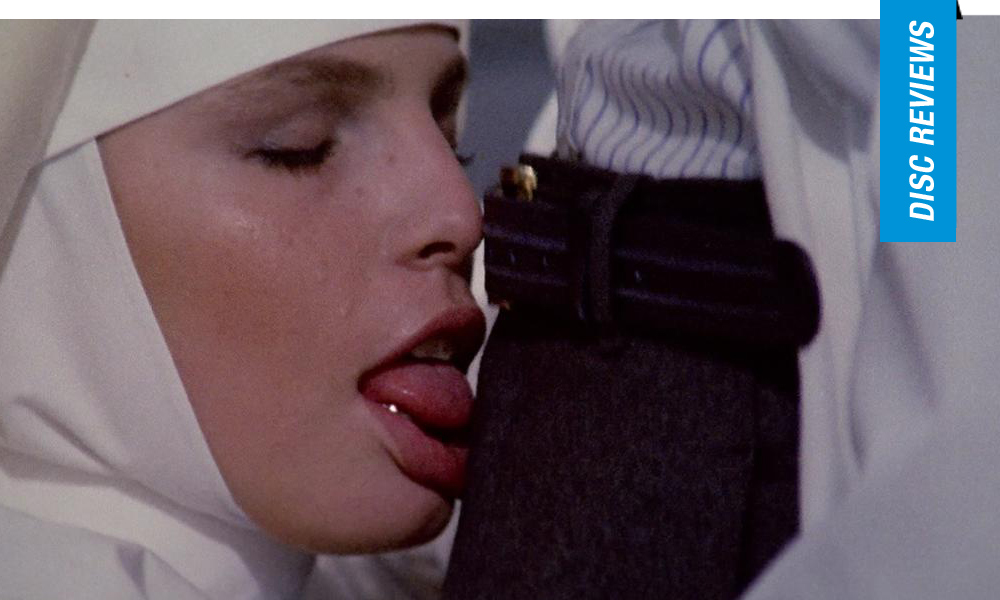 Arrow Video resurrects one of nunsploitation cinema’s greatest outliers with the Anita Ekberg headlined Killer Nun, a 1979 oddity about a morphine addicted nun whose bad habits lead to the murder of long-term patients housed within the hospital she works. Infamously listed as one of the ‘video-nasties’ during the moral panic of 1983’s list of violent horror cinema collected by the UK’s Director of Public Prosecutions, the second and last film directed by Giulio Berruti defies the conventions of both the giallo and nunsploitation genre it mimics. Neither as sleazy or violent as its packaging suggests (although there are, of course, brief asides of violence and sex fetishizing nubile Paola Morra, of Borowczyk’s Behind Convent Walls, 1978), Berruti captures the indelible presence of a gone-to-seed Ekberg as a drug addict with repressed sexual tendencies for an unforgettable camp experience.

A delirious, often frenetic score from Alessandro Alessandroni assists the over-stylized tone of Killer Nun, a film void of any real religious subtexts in a film which allows Ekberg ample room to engage in hysterical outbursts. Instead, it’s a film which seems to be rather fitting with more contemporary, universal issues wherein red flags and cries for help or health care are routinely ignored, as Ekberg’s Sister Gertrude begs for reprieve from an ambivalent Mother Superior (Alida Valli, fresh off her stint in Argento’s classic, Suspiria, 1977).

Addicted to morphine after recovering from a brain tumor, Gertrude has Dr. Poirret (Massimo Serato) fired for incompetence when he cuts off her supply, forcing her to retrieve her own contraband in town. Her lesbian relationship with her supplicant roommate, Sister Mathieu (Paola Morra) spins out of control thanks to the arrival of the new doctor (Warhol muse Joe Dallesandro, a bit underutilized considering his filmography of the period) and the vocal interference of crippled patient Peter (Lou Castel). While its narrative turns predictably into eventual mayhem, Killer Nun remains unexpectedly gleeful thanks to its selective sashays into gore and/or sexy times, but it’s a priceless Ekberg as the wide-eyed, heavily mascara-ed Gertrude in dubbed English which makes the film a perennial B-movie classic.