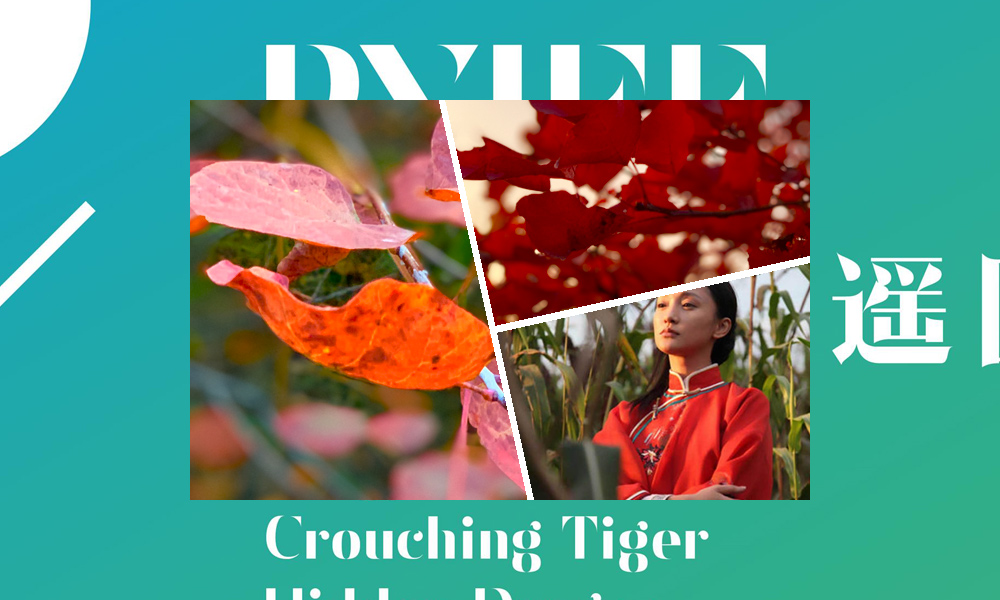 On Day 9 of the festival, PYIFF organized a special excursion for foreign press: a day trip to An Ze, a mountain known for its autumn splendor. For close to three hours, our bus passed through villages, valleys, then started to climb. We saw old wooden gates and red lanterns next to concrete apartments; we saw farmers on tractors, teeth clenching cigarettes while they shifted gears. We spotted rice paddies perched on the edge of rock cliffs, etched into the hillsides like laughlines on a face. As we approached our destination, a sign announced that the region had sheltered a Chinese national hero, Zhu De, and the Communist army he led back in the 1920s and 30s.

Some journalists griped about the length of the journey. According to them, the trip could have used another pass in the edit room—especially when we arrived in a touristy basecamp with a lot full of golf carts. No surprise there, we were a crowd full of critics. But then it turned out that the carts were for us, the path up the mountain was steep … and the views were stupendous. All kvetching forgotten, we stood on a rickety platform that felt as if it were built moments before we arrived. Staring off into the distance, I could see how JRR Tolkien came up with the name “Misty Mountains.” There’s no better way to describe these pyramids patch-worked with blue-green and scarlet, timeless monoliths stretching as far as the eye can see. Rising out of the forest, jagged peaks glistened like Hokusai waves in a sea of sunbeams.

From there, we explored. We climbed down winding stone trails through burnt orange underbrush; we stumbled on an isolated pagoda, red paint flecked and peeling, as if undergoing its own seasonal change. Through gaps in the trees, we glimpsed the world beyond: blue sky pierced by branches like arrows through paper; crimson leaves dappled by the setting sun. A long-tailed white pheasant in flight, half-mythic like a rare Pokémon. At the end of our hike, we walked back down the mountain, talking films and high-fiving colleagues who opted for golf carts on the uneven path. Then came a stop in a gift shop and dinner, a multi-course spread in a nearby village. The donkey-buns were a highlight. As I savored the taste, I paid silent tribute to Shrek and Eddie Murphy: “And in the mornin’, I’m eatin’ donkey!”

An Ze has yet to be discovered by Western tourists. In spite of the golf carts and gift shop—plus the film crews with drones who were documenting our journey—the entire region felt remote, emptied out like a town in a Corbucci film. It was as if we’d been transported to a time long gone: the perfect coda to an intense week of screenings.

It was also in synch with the themes of the festival. During our time in Pingyao, both nature and history were topics of choice. Top prize-winners were The Fever by Brazilian filmmaker Maya Da-Rin, about an indigenous worker drawn back to the Amazon rainforest by a preternatural force—and Our Mothers by Guatemalan director Cesar Diaz, a cathartic exploration of Mayan genocide and resilience. Top scare-fest was Howling Village by Takashi Shimizu, a Japanese horror film focused on today’s lack of reverence for the ‘old days.’ And, in between world premieres, multiple retrospectives honored historical dramas, including: Cloud-Capped Star, A Mongolian Tale and Red Sorghum (recently re-mastered in 4K HD) —all period classics that use natural beauty to evoke the past.

Late in the night of Day 9, when our bus finally came to a stop inside the ancient walls of Pingyao, we piled out, exhausted and happy. Our pilgrimage to An Ze, like so much of the third edition of PYIFF, was a sensory feast: a near-perfect fusion of then … and now.