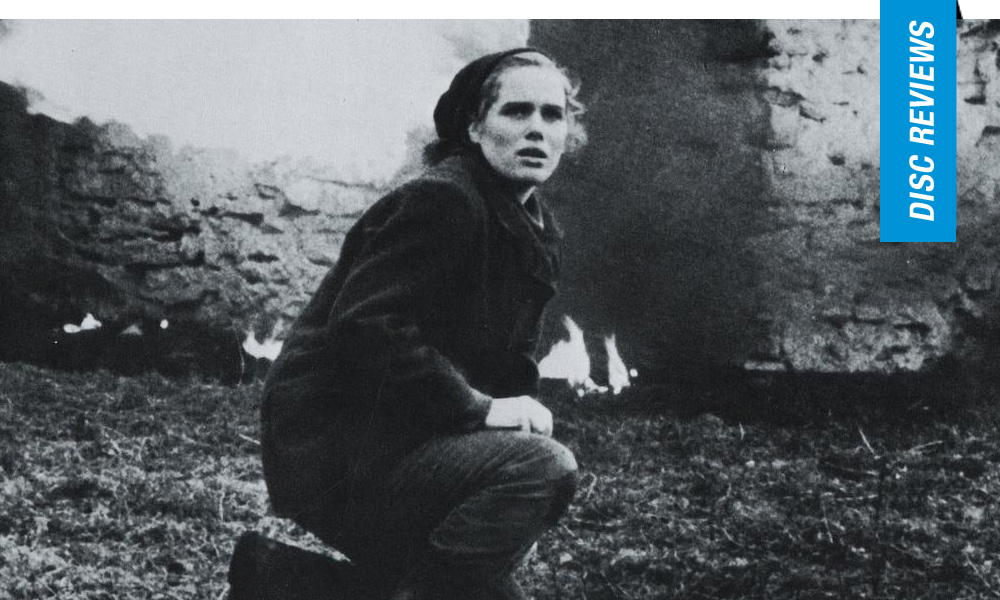 Things were grim in 1968, the reflection of which was interpreted by Ingmar Bergman, who delivered two of his bleakest portraits beginning with his noted horror endeavor Hour of the Wolf. His leads Max von Sydow and Liv Ullmann would reappear as another troubled couple in Shame, the director’s only foray into the future with a Kafkaesque parable about life during wartime. Long before Steve McQueen would examine a different angle of the same titular human condition, Bergman goes for something deeper and darker in this portrait of unavoidable complicity in humanity’s ultimate doing—war. Two decades after WWII and with the world in the throes of Vietnam, it’s merely a portrait of human behavior and the struggle to survive under impossible circumstances. Surely, there are ideals waged aggressively by either side, but these are never made clear as this is a stark examination of human collateral damage crushed beneath the violent struggle for control. There’s no clear message about its main characters being good or bad or victims of their own ignorance and isolation. Instead, Bergman exposes human dynamics when the veneer of civility and gentility has been ruthlessly torn away.

Childless couple Eva (Ullmann) and Jan Rosenberg (von Sydow) have been living in quiet retreat on an unnamed island after the orchestra they worked within was forced to disband due to an ongoing civil war. Working as farmers and casually bickering as they make plans for a family whenever peace is finally restored, their quiet lives are suddenly upended when the island becomes a war zone. Caught in the middle of the opposing sides and confronted by men who are undistinguishable from one another and whose ideals are unknown to the couple, their home is eventually destroyed, and they are forced into scenarios which will change them forever.

While Shame is the mid-film in an unofficial trilogy on couples and disintegrating personalities (betwixt Hour of the Wolf and 1969’s The Passion of Anna), its vision of an imagined civil war also plays like a prequel to 1963’s The Silence, in which two sisters navigate the aftermath of a world seemingly devastated by some similar catastrophic event (and again, where personalities clash, meld and come undone). Exploring the privilege of isolationism, the unknown Scandinavian island becomes an extreme example of the colonized as collateral damage and an exercise in the futility of ‘sides’ during wartime. As we follow Eva and Jan, we’re increasingly disoriented alongside them, and the shame of the title is an encompassing shroud. Eva remarks on feeling as if she’s living the dream of another. “What happens when they wake up and feel ashamed?” Their surname recalls another infamous chapter of post-WWII—the execution of Julius and Ethel Rosenberg following their conviction for conspiracy of espionage. How Eva’s flustered “interview” is commandeered into gross propaganda evokes a similar sense of scapegoatism.

Gender plays a factor in their regression to base level behavior, the core facets of their personalities (such as Jan’s selfishness) giving way to machismo, cruelty and murder. Meanwhile, Eva is forced (or is she?) to have sex with Gunnar Bjornstrand’s Jacobi, the mayor cum local administrator under martial law. It’s quid pro quo, as the concession would allow their escape to a neighboring island, but Bergman’s glassy eyed gaze allows for profound levels of complexity since Eva’s actions simultaneously exact revenge on Jan. Editor Ulla Ryghe spackles DP Sven Nykvist’s frames with jarring moments meant to discombobulate. Beginning in a world of degradation hinted at in the dialogue (and evidenced by their inability to receive news transmissions from their faulty radio), Shame clatters drastically into inextricable chaos.

Though part of the massive Bergman box-set released in late 2018 by Criterion, Shame gets its own standalone release in the collection, presented here as a new 2K digital restoration in 1.37:1 with uncompressed monaural soundtrack. Picture and sound quality are superb (particularly in Nykvist’s still frames, notably in its poetic closing moments) while the release includes a new subtitle translation.

Shame in the News:
A five-minute snippet from a news item which aired on Swedish television on September 9, 1967 shows Bergman and his cast of Shame before production commenced.

Ingmar Bergman:
Bergman talks about Shame in this fifteen-minute excerpt recorded for the Swedish television program Forum, which aired on September 29, 1968.

Liv Ullmann:
Criterion recorded this brand new twenty-one-minute interview with Liv Ullmann in 2018, recounting her personal relationship with Bergman and their collaborations during this period.

An Introduction to Ingmar Bergman:
This seventy-two-minute documentary from 1968 was made for New York’s WNET public television station, filmed by Gunnar Fischer with host Lewis Freedman visiting Bergman during the production of Shame, whereupon they discuss several of the director’s major works.

One of Bergman’s most underrated titles, Shame is a compelling and contentious example of the anti-war film as a pared down portrait of human nature. It’s unwillingness to evoke heroism or sympathy for victims who by default also become antagonists in their struggle to survive allows for queasy, uncomfortable interpretations. Bergman ends beautifully on a note of contemporary social fugue, suggesting humans have perhaps forever forgotten how to be humane, distracted by their interpretation of terror as beauty.