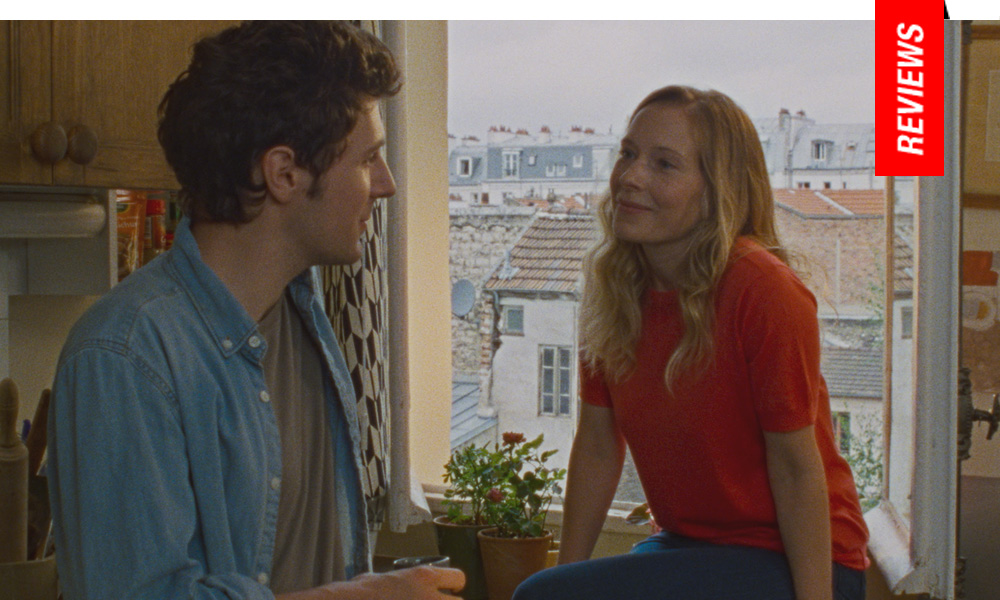 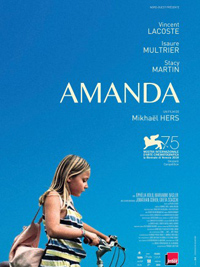 Unless we’re talking about heist films, preparedness is often a trait lacking in protagonists and when inciting incident flip their worlds upside down, it’s how those characters react to the unexpected that makes a film worth the watch. Featuring a serene Vincent Lacoste as Parisian man who is forced to grow up quickly in the aftermath of a tragedy, Mikhaël Hers‘ moving sixth feature Amanda, is an emotional whirlwind captured in intimate moments. A film that comes across as vast and composed, Hers’ artful handling and the immensely likable and luminous cast for what becomes a second straight film dealing with loss within a confining city scape.

Amanda begins as a light romantic dramedy, lulling the audience into a false sense of security. David is a free spirit who runs a questionable Airbnb business. He falls for one of his guests, Lena (Stacy Martin), and they quickly get together without reservation. David’s sister Sandrine (Ophelia Kolb) is a single mother raising her 7 year-old daughter, the titular Amanda (newcomer Isaure Multrier). Then suddenly and without warning, David comes across the gruesome aftermath of a terrorist attack. Sandrine is killed, and Lena is wounded. The film completely shifts in that moment into something much more profound. David must figure out how to best care for his niece as they navigate life-altering grief together.

To summarize the pathos of the film’s most powerful scenes would do it injustice, because Amanda is is the type of tearjerker that becomes uplifting via the radiance of its characters. There are painful scenes, such as David completely breaking down at the train station before pulling himself together for German tourists upon their arrival. But there are also beautifully touching scenes—when David takes Amanda to London to meet her grandmother (Marianne Basler) for the first time, a woman who deserted David when he was a young boy. Basler’s affecting turn as the Grandmother seeking forgiveness in the wake of her daughter’s death is sure to be one of the best scenes of the year. Hers plants it early in the first act when Sandrine buys the three of them Wimbledon tickets in a not-so-veiled plan to reconnect with their mother. The London visit looms over the story, and as the finale approaches we hope for reconciliation. The Wimbledon match acts as a climactic final note of resolve and will leave audiences glowing.

Filmed during the summer months, Paris becomes a city of life and renewal, Sebastien Buchmann’s cinematography — light and breezy, captures the radiance of the city and of each character. Perhaps the biggest coup was finding first-timer Ophelia Kolb. Kolb’s big eyes convey so much emotion, and emotional intelligence—the film hinges on her believability.Amanda triumphs because it avoids melodrama or sensationalism in favor of authenticity. Mass shootings make headlines but the families’ struggles, both emotional and logistical, after a loved-one’s murder is rarely front-page news. Vox Lux—which curiously also features Stacy Martin—showed us one possible outcome of surviving an attack, but that was more of a fable. Amanda is as personal and realistic as they come.