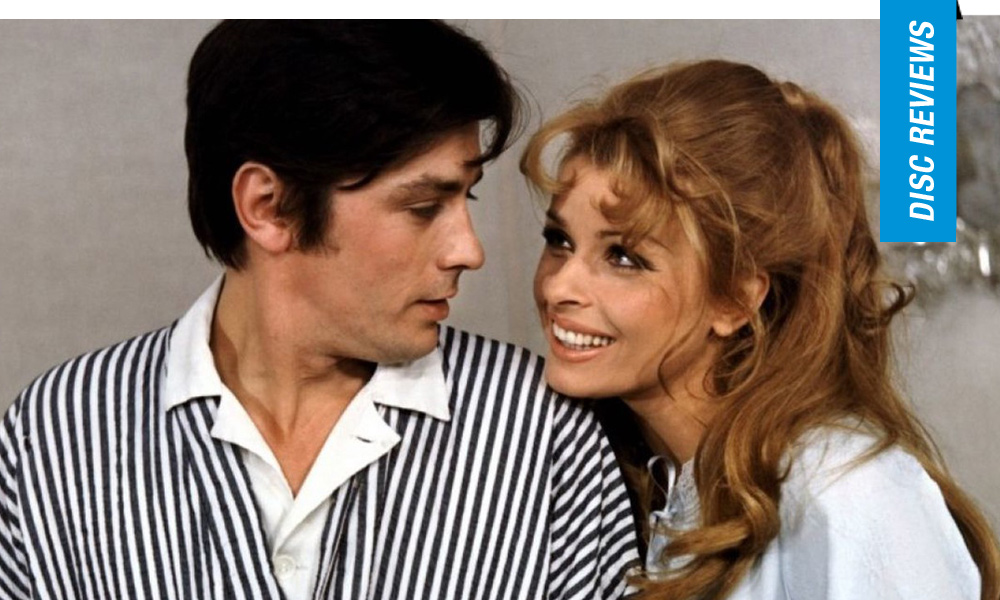 Love is Like Woe: Duvivier Crashes into Romance in Final Film Diabolically Yours (1967) | Blu-ray Review

Kino Lorber resurrects Diabolically Yours, the final film from French auteur Julien Duvivier, arguably the most neglected member of the “Big Five” of classic French cinema (the others being Rene Clair, Marcel Carne, Jean Renoir and Jacques Feyder—although over the past several years, Duvivier’s titles have received a greater recuperation stateside, especially compared to Feyder). However, Duvivier, who died in a tragic car accident several months before the premiere of his final feature, was in his seventies by this time, and his last film plays like a gender reversal of Clouzet’s classic 1955 title Diabolique.

Adapted by Roland Girard and Jean Bolvary (a duo better known as producers on many of Claude Sautet’s titles) from a novel by Louis C. Thomas, the narrative (in retrospect, ironically) begins with a car crash, in which Georges (Alain Delon) wakes up suffering from amnesia, with his wife Christiane (Senta Berger), who was thrown safely from the car, to assist him in filling in the blanks, along with ‘close’ family friend Freddie (Sergio Fantoni). Georges can’t help but feel he’s actually a man named Pierre Legrange. He deduces something nefarious is going on as he begins to hear voices instructing him to commit suicide.

Diabolically Yours was only Duvivier’s second film in color, which is gorgeously photographed by DP Henri Decae (who would lens the classic Melville title Le Samourai, which starred Deloin in one of his most iconic roles), particularly the loving close-ups of Deloin and the beautiful Senta Berger.

The film’s racial politics get a bit problematic based on Deloin’s reactions to their half-Chinese butler Kim (the German born Pierre Mosbacher), who seems to have a close relationship with Christiane. Eventually, it’s revealed what happened to the real Mr. Campo and the insidious designs, which are predictably allayed, on Christiane’s changeling husband.

A far cry from Duvivier’s heyday, which includes the classic (and recently restored) Panique (review) and Pepe Le Moko, both films later remade (as Monsieur Hire and Algiers, respectively), Diabolically Yours is still pulpy entertainment and significant for fans of either of its lead actors.