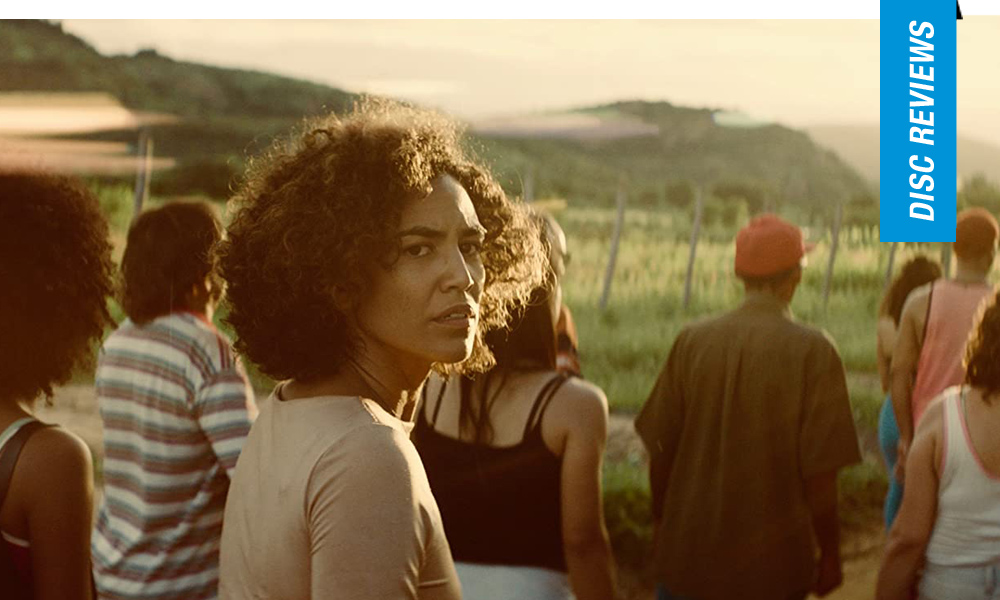 Bacurau, the third feature from Kleber Mendonca Filho, co-directed by Juliano Dornelles (who served as production designer on Filho’s Neighboring Sounds in 2012 and on 2016’s Aquarius), premiered in competition at the 2019 Cannes Film Festival and picked up the Jury Prize. Kino Lorber edged it into theaters at the beginning of March 2020 and resumed streaming online when theaters closed down.

From our review at the 2019 Cannes Film Festival:

“A heady melding of local cultural motifs, morbid politically-minded histories and exploitation slasher vibes, Bacurau, the latest from Brazilian auteur Kleber Mendonça Filho, joined in the director’s seat by Juliano Dornelles, is a hard nut to crack, to say the least. Taking its time to showcase an isolated but surprisingly contemporary community in northeast Brazil (so named for a predatory, nocturnal bird), before descending into delightfully schlock gilded mayhem, it’s undoubtedly a hybrid original. Which means, unfortunately, it will likely aggravate those who wish Filho and Dornelles would’ve stayed more squarely in one camp over the other. As far as narrative goes, this is a safari themed version of The Most Dangerous Game (or just imagine something like those trigger-happy Austrians of Ulrich Seidel’s Safari hunting humans instead of majestic beasts).”

Kino Lorber presents Bacurau in 2.39:1 with 5.1 Surround and 2.0 Stereo. Picture and sound quality are serviceable in the transfer, although a more lavish presentation seems inevitable. A number of extra features proliferate the disc, such as a Deleted Scene, Bacurau on the Map (A Making of Documentary), a conversation with Filho, Dornelles and Sonia Braga courtesy of Film at Lincoln Center, a new interview with Filho and Dornelles, audio commentary from Filho and the 2011 short film by Dornelles, “Mens sana in corpore sano.”