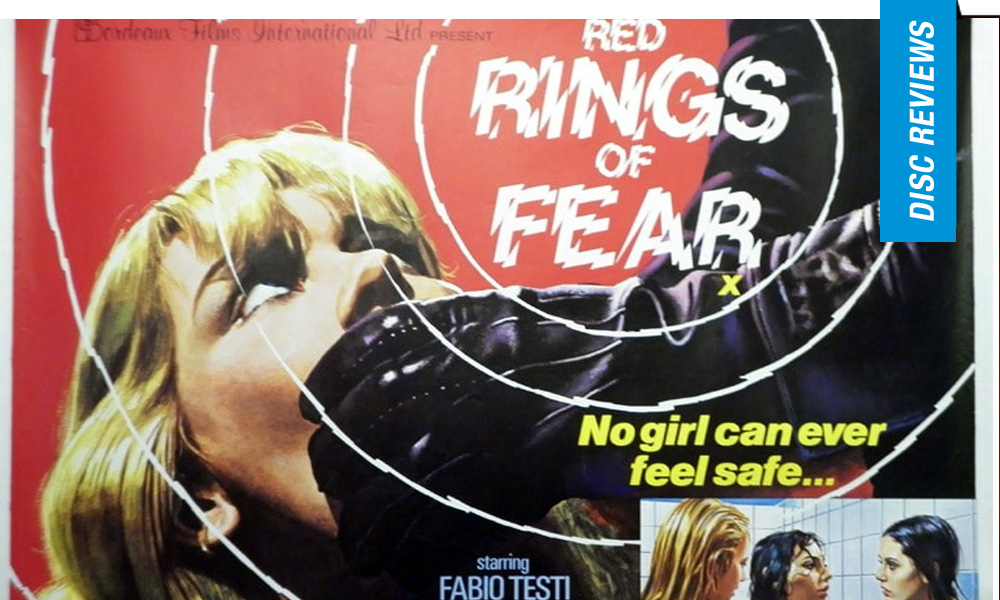 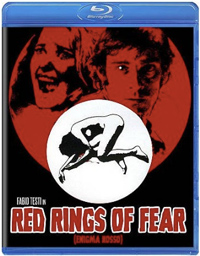 Fans of Massimo Dallamano’s seminal and seedy 1972 giallo What Have You Done to Solange? will likely be attracted to the newly available transfer of the obscure bit of sleazy innuendo Red Rings of Fear, which united Dallamano as a screenwriter with leading heartthrob Fabio Testi in a 1978 production directed by Alberto Negrin (Dallamano was slated to direct, as this was the third title of his “Schoolgirls in Peril” trilogy, but he died in a car crash prior to production). This time around, shock value seems to be the main thrust of a narrative involving sordidness and schoolgirls in a narrative which feels butchered compared to Dallamano’s earlier titles Solange and What Have They Done to Your Daughters? (1974). Five other credited screenwriters, including Negrin, suggest Dallamano’s scenario was highly diluted.

Inspector Di Salvo (Testi) is called in to investigate the brutal murder of Angela Russo, a beautiful co-ed who is found wrapped in plastic, her insides ‘ripped up’ by an object of unusual size (the script goes on to imply all kinds of garish scenarios). Questioning the dead woman’s mother and her younger, preadolescent sister Emily (Fausta Avelli) at the morgue, Di Salvo’s detective works leads him directly into the snake pit of Angela’s boarding school, run by a somewhat ostentatious staff (who could have earned comparisons to the ballet school teachers of Suspiria had they been given more screen time) and featuring a pack of young women who called themselves “The Inseparables.” Convinced someone in this setting is responsible for what happened to Angela, Di Salvo finds the young sister to be a fount of information, but when other young women start to die from Angela’s inner-circle, Di Salvo finds himself looking for a killer who calls themselves “Nemesis.”

Compared to the other Dallamano titles, the violence is toned down a bit, which explains why this feels a bit more like a procedural poliziotteschi than a true giallo film. Though it features a handful of outlandish sequences, Red Rings of Fear’s belabored plotting steers this title into camp territory. The dependable Testi is watchable but isn’t given much to do beyond some sequences which don’t quite reflect actual detective work (terrorizing a confession out of a clothing store owner on a rollercoaster, for instance). Negrin’s narrative depends heavily on a rather outlandish twist in the third act, which, had it been a bit more artfully conveyed, would have been a subversive cherry atop Dallamano’s three-layer schoolgirl cake.

Scorpion’s release of Red Rings of Fear arrives as a brand-new scan of the original negative, presented in 2.35:1. Picture and audio quality are better than pre-existing transfers of the film, which have existed under alternative titles, such as its original Italian moniker Enigma Rosso as well as Eyecatcher and Virgin Killer. Historian Nathaniel Thompson provides an optional audio commentary track, but the title is otherwise sans extra features.