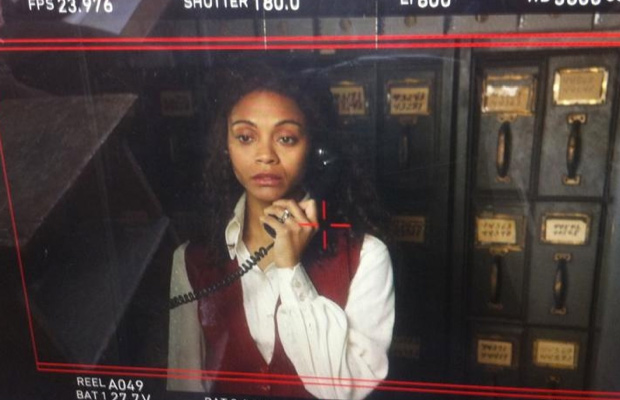 The scribe behind Monsters vs. Aliens and The Rocker would normally be the last person I’d associate with Sundance, much less the director’s chair…but sometimes it’s a question of who and what you know. Equipped with excellent technical folk such as cinematographer Bobby Bukowski and editor Michael R. Miller, Maya Forbes expands on a story inspired by personal events and is surrounded here with A listers Zoe Saldana and Mark Ruffalo. Shooting of Infinitely Polar Bear began back in April in Providence, Rhode Island, so logically this is in the clear for a festival showing and might be a high sale price.

Gist: Ruffalo plays a bipolar husband and father who goes off his medication, and then loses both his sanity and job while struggling to hold onto his marriage. Saldana would play his put-upon wife, who, after going back to work, ends up moving out of the house, leaving him with the kids.

Prediction: U.S. Dramatic Competition or they’ll wait it out until TIFF.