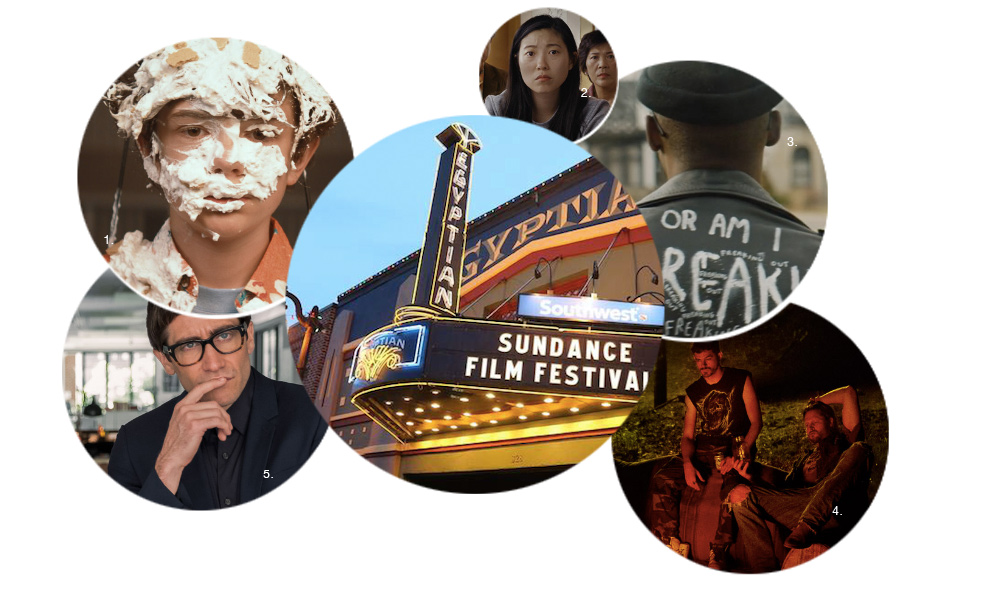 Oh, Netflix, you tease us so. After Velvet Buzzsaw’s Sundance premiere—and even before the 2019 festival is over—this film will begin streaming for all to see. Still, it’s hard to resist being among the first to witness writer/director Dan Gilroy’s reunion with Jake Gyllenhaal and Rene Russo after the success of Nightcrawler. Gilroy’s third film looks to be an haut monde art world critique by way of cursed, killer artwork. Think Final Destination meets The Square. When young agent Josephina (Zawe Ashton) discovers hundreds of bewitching paintings left behind by a dead neighbor, she smells profit—and of course, things go terribly wrong. The supporting cast also appears to be a perfect fit for the premise: Toni Collette, John Malkovich, Daveed Diggs, Billy Magnussen, and Natalia Dyer, all the usual suspects you’d hope to see in this kind of flick. Being part of the Velvet Buzzsaw in-crowd at Sundance may be short-lived, but witnessing reactions to the film’s first screenings may well be worth it.

#4. The Death of Dick Long – Daniel Scheinert – NEXT

If the title didn’t already hook you, how about this: DANIELS. Or should I say, DANIEL. Daniel Scheinert, the self-described “redneck” half of the DANIELS director duo, makes his individual Sundance debut. After the DANIELS’ existential work-of-fart Swiss Army Man exploded onto the Sundance scene in 2016, they won the Best Director(s) award and the hearts of the indie film community. To tide us over until their next collaboration, we have The Death of Dick Long, another corpse-centric romp set in small town Alabama. The setting feels ripe for biting satire, while the “DANIEL” brand assures a mix of practical comedy and profound depth. Add what the Sundance institute calls a “daring, provocative and outrageous” screenplay by newcomer Billy Chew, and you’ve got the potential for a very singular film.

You may know Rashid Johnson as a conceptual artist, famous for his post-black art installations. In previous works, Johnson has redefined complex notions of blackness by disseminating racially-loaded insinuations and expectations. One of his successfully auctioned prints, I Talk White, recalls last year’s Sundance-hit Sorry to Bother You. But now this provocative artist has turned his gaze to narrative film. In Native Son, Johnson gives Richard Wright’s seminal novel a modern spin. Bigger Thomas, a young black man trying to survive in Chicago finds work for an influential family, creating a seismic shift in his life. Cast includes Moonlight’s Ashton Sanders, If Beale Street Could Talk’s KiKi Layne, Novitiate’s Margaret Qualley, Love, Simon’s Nick Robinson, The Night Of’s Bill Camp, and Love & Basketball’s Sanaa Lathan. This fine list of collaborators should give Johnson the canvas he needs.

If you knew your loved one had a terminal illness, would you tell them? In Lulu Wang’s The Farewell, a Chinese family chooses to hide the diagnosis from their grand-matriarch. However: their Chinese-American granddaughter Billi—an emerging writer in New York City (played by Awkwafina)—rejects the family’s decision. Hilarity and heartbreak ensue. It’s Eastern vs. Western philosophy, made personal and bittersweet, with an ensemble cast that, for better and worse, promises to pull you into their clan. But perhaps we already had you at Lulu Wang & Awkwafina, two musicians-turned-breakout film talents. Formerly a classical pianist, Wang is already a celebrated filmmaker. Her first-feature-farce, Posthumous, was released by the Orchard in 2014. Along with other honors, she has received the 2014 Chaz and Roger Ebert Directing Fellowship from the Film Independent Spirit Awards. You may recognize her nom-de-star—Awkwafina—from her recent blockbuster turns in Oceans 8 and Crazy Rich Asians. (She’s also in Paradise Hills at this year’s Sundance). Or perhaps you know her from her hip hop joint, “My Vag.” This pairing alone will surely create an intriguingly personal blend of comedy.

From Freaks and Geeks (yes, that was he) and Even Stevens to Transformers and American Honey, Shia LaBoeuf’s acting career has been full of surprises. Not to mention his side career as an avant-garde performance artist: this is the same guy who—walking the Berlinale red carpet—donned a paper bag emblazoned with the letters “I AM NOT FAMOUS ANYMORE.” Thus far, The Beef’s experiments tread the line between outright absurdity and raw, emotional rumination. You can read the comprehensive history of his stunts here. With this film, yet another surprise is in store, perhaps the biggest yet: LaBoeuf not only stars in but wrote Honey Boy, the loosely autobiographical story of a child star and his abusive, ex-rodeo clown father. Is this another bizarre thought experiment gone wrong, or a cathartic moment for a misunderstood public figure? At the very least, Honey Boy is in the right hands: Alma Har’el helms the project, after proving her talent with the Tribeca-winning documentary Bombay Beach (2011) and Sigur Rós: Fjögur Píanó, the music video that channeled a vulnerable LaBoeuf. Plus, Noah Jupe and Lucas Hedges play younger iterations of the LaBoeuf character.

The opening film of Shorts Program 1 is one of the festival’s very first screenings each year. You can always count on the programmers to give a good first impression. This year, Matthew Puccini’s Lavender occupies the coveted spot.

Puccini’s backstory: his excellent short The Mess He Made played at SXSW 2017; he has since graduated from the Sundance Ignite Fellowship and is blasting out short-after-short from his home in Brooklyn.

In his latest, Lavender tells the story of young gay man’s relationship with an older couple. It’s a subversion of both normative romance and ménage-à-trois clichés; it’s also a personal story, and a tender ode to blooming love and sexuality. Best of all, Lavender holds the promise of finely-rendered feature films to come.