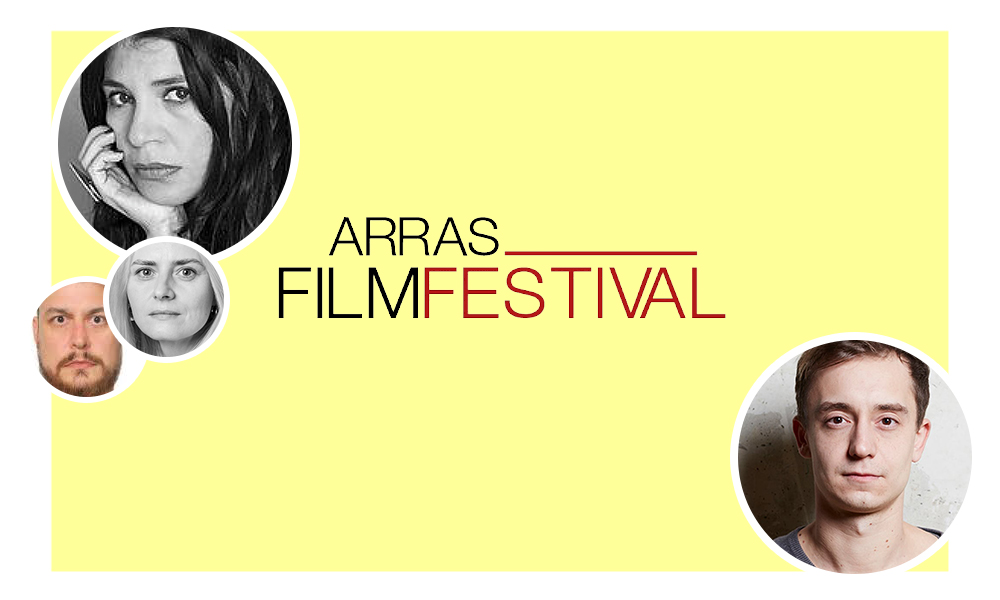 The 11th edition of Arras Days (part of the The Arras Film Festival) is one more source for Euro projects still at the script phase to find some early coin support. Naturally there are some names here from some heavyweights including two filmmakers who were at the Venice Film Festival (Orizzonti section) in Teona Strugar Mitevska (The Happiest Man in the World) and Michal Blasko (Victim). We also have the creative tandem in Romanian scribe Alexandru Baciu and actress Maria Popistasu with a project that would become Baciu’s directorial fiction debut. Here are the projects vying for development grants.

1989 – Peter Monsaert (Belgium)
Valerie De Wispelaere is a hard-as-nails business woman and the chosen successor of her father Robert in the family’s woodworking business. When Robert is beaten up one night, Valerie discovers her family’s dark history and realises she is part of a bloodline where cruelty and deceit are inherently present. How will she deal with this, and can she fight the ruthlessness she feels within herself?

Caterina – Petr Vaclav (Czech Republic)
Caterina is a soprano, a rising star in the 18th century world of Italian opera. Of poor extraction, this adulated and even divinized woman is also despised, scorned, slandered, oppressed and abused… Rich and independent, without a husband or a guardian, she fascinates others. But she has to face the prejudices and various forms of domination that her time has in store for her.

Mother – Teona Strugar Mitevska (North Macedonia)
Mother is an elaborate story about three characters, a mother superior, a nun and a priest, living in a convent in the heart of Kolkata. As the Bengali famine rages outside the convent’s walls, these three individuals are forced to deal with fundamental questions relating to existence, purpose and life. Mother is ambitious and gives herself entirely to her life’s calling, to serve the church. Her dream is to create her own order which would serve the poorest of the poor. Agnieszka, the nun who is her designated successor, is in deep trouble, secretly pregnant with a love child, which is an unacceptable situation. Father Frederick, Mother’s confessor, is a man in love. After years of waiting, Mother receives a letter from the Vatican giving her permission to start her own religious order. This is where her dilemma arises and her doubts overwhelm her.

Jugoslavia – Ivan Bakrac (Montenegro)
After her husband dies and her son moves abroad, Jugoslava spends her days mostly alone. On her 55th birthday, she decides to make a few changes in her life. To combat loneliness, and to distance herself from the family home which is packed with memories, she takes a summer vacation to find a new flat. Jugoslava becomes visibly happier with every property visit she makes. She’s also becoming obsessed with the lives of other people in their intimate spaces. This quest, however, will change her life in a way she never imagined. While visiting one of the flats, Jugoslava finds herself caught in fate’s claws.

Y – Alexandru Baciu and Maria Popistasu (Romania)
Olga, her father and her two sisters have been living a carefree life thanks to the fortune of her grandmother, a former lawyer. The sudden death of the latter upsets the family balance. The most affected member is Olga, who bears the burden of a deathbed confession made by her grandmother: the international adoption files she handled after the Romanian Revolution are riddled with mistakes and not much is known about the fate of some of the children. In order to uncover evidence which might clear Ileana’s name and her own inner conscience, Olga is forced to dig up the past and subsequently make peace with it.

Three Kilometers To the End of the World – Emmanuel Parvu (Romania)
Adi, a 17-year-old teenager in a poor village in the Danube Delta, is studying in a larger city. During the summer vacation, he falls in love with a student from Bucharest who’s holidaying there for a few days. After the two boys are seen by locals, kissing and holding hands at a disco, Adi is badly beaten up. Confronted with the truth about their son’s sexuality, his parents express themselves differently. For his mother, Adi is possessed by the Devil and needs the church’s help. For his father, being gay is simply unacceptable… which is also the opinion of most people in the village.

Glycerin – Milos Pusic (Serbia)
Jova, a washed-up punk rocker nearing forty, works as a deliveryman. Burnt out, despondent and embittered, he half-asses his job and life with no ambition at all. He reminisces about the “glory days” of his forgotten and obscure band Glycerin. With most of his friends having moved on to functional adult lives, Jova spends his days mostly alone, going to punk gigs and arguing on the internet about what constitutes “real punk”. After a chance encounter with a lone fan, he decides to get his old band back together, to the excitement of absolutely no one.

Guilt – Michal Blasko (Slovakia)
This story sees an immigrant family having to make a decision over their future over the course of one night in their flat. Young Sydu comes home and confesses to his parents that he and his friends have hurt someone. As the night progresses, Sydu’s family gradually discovers the extent of his guilt. The story doesn’t revolve around the individual’s guilt or innocence; instead, the film analyses and exposes the family’s inner motives. How will they respond to the truth? Will they decide to unconditionally support Sydu and thus put the welfare of their family over the good of the whole community?