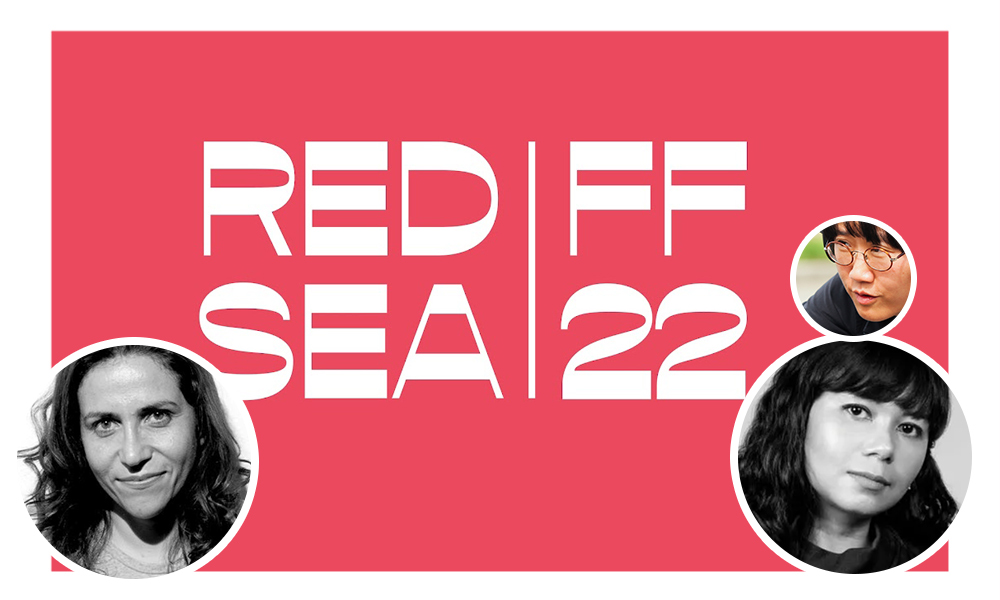 A major first wave of titles for the upcoming second edition of the Red Sea International Film Festival (Red Sea IFF) have been unveiled and the fest’s opening night gala film will be the TIFF preemed What’s Love Got to Do with It? by Shekhar Kapur while Khaled Fahd‘s Valley Road (world premiere) will bookend the fest with as the closing film. Hirokazu Kore-eda’s Broker, Martin McDonagh’s The Banshees of Inisherin, Park Chan-Wook’s Decision to Leave and Same Mendes’ Empire of Light are just some of the highlights but we’re more invested in the competition section. Last year’s Red Sea Comp (coined as the very best in filmmaking from both established and emerging filmmakers from the Arab region, Asia and Africa) featured the likes of Kamila Andini’s Yuni, Panah Panahi’s Hit the Road and Jean Luc Herbulot’s Saloum. This year’s batch of fifteen comp films (vying for Yusr Awards) include Kamila Andini’s Berlinale Silver Bear for Best Supporting Performance winner Before Now and Then (Nana), Cannes Critic’s Week closing film Next Sohee by July Jung and tons of Venice preemed items with the likes of Soudade Kaadan‘s Nezouh and Giornate degli Autori preemed The Last Queen by helmers Damien Ounouri and Adila Bendimerad. Here is the press release for the comp titles:

Directed by Indonesian filmmaker Kamila Andini, comes Before Now and Then (Nana). Set in the late 1960s, Nana who lost her family to the war in West Java marries again and hopes to begin a new life. Her new husband is wealthy, but her place in the home is menial, and he is unfaithful. Nana suffers in silence until the day she meets one of her husband’s mistresses and everything changes. Together, the two women form an unexpected friendship that proves to be a crucial lifeline.

In the second feature from Iranian filmmaker Reza Jami, A Childless Village follows Kazem, an elderly filmmaker, who shot a documentary 20 years before this film takes place in a remote Azeri village claiming the women are sterile. His film was never completed. Two decades later, Kazem decides to go back to the village with his camera and makes a startling discovery.

Dirty Difficult Dangerous is the latest film from Lebanese/French director Wissam Charaf. Roaming the streets of Beirut searching for metal objects to be recycled, Ahmed, a Syrian refugee, thinks he has found love when he meets Mehdia, an Ethiopian domestic worker. But in this city, such a story seems almost impossible. Will this couple be able to find the way to freedom given that Ahmed suffers a mysterious illness that slowly turns his body into metal?

Hanging Gardens, from famed Iraqi director Ahmed Yassin Al Daradji, tells the story of Taha and his younger brother As’ad, who make a living by searching a Baghdad rubbish dump for scrap materials. However, a huge rift is caused between the brothers when one day As’ad hits the jackpot when he finds an intimate toy which he then puts to work in a makeshift brothel. Hanging Gardens tells an intimate, affectionate and often humorous story of kids growing up.

Lotfy Nathan, makes his feature debut with Harka, a recipient of the RSIFF’s Red Sea Souk Award. Harka is a powerful portrait told through the eyes of Ali, a young Tunisian boy who dreams of a better life. Ali makes a precarious living selling contraband gas on the streets of Tunisia. Forced to take charge of his two younger sisters after their father’s sudden death. Ali will have to make a decision from which there is no turning back.

India’s official entry for the Academy Awards Last Film Show is both a fictional retelling of the director Pan Nalin’s boyhood and an ode to cinema itself. Samay, a 9-year-old boy living with his family in a remote village in India discovers films for the first time and is absolutely mesmerized. Against his father’s wishes, he returns to the cinema day-after-day to watch more films, and even befriends the projectionist, who, in exchange for his lunch box, lets him watch movies for free.

Mountain Onion is the debut feature from writer-director Eldar Shibanov. Jabai, aged 11, lives with his family in a small village in Kazakhstan. Jabai helps his family out by selling mountain onions along the highway. It has never occurred to him that his parents could be anything but happy until he catches a glimpse of his mother having an affair with a truck driver. With his little sister Saniya, he sets out for a remote corner of China to find what he has heard is the only thing that will help his father regain his rightful position as the man of the family, the so-called “golden Viagra”.

Next Sohee is the second feature from acclaimed South Korean filmmaker July Jung and tells the story of Sohee, a student full of life and determination, but who is constantly underestimated. When her college tells her she should be honoured to get an irrelevant placement in a call centre, she is keen to do her best. Halfway through the film Detective Oh Yoo-jin defies her superiors’ indifference and the obstructions thrown in her way to investigate a series of suicides.

From award winning Syrian director Soudade Kaadan, Nezouh (meaning “displacement”) tells the heartbreaking story of 14-year-old Zeina and her family who are the last to have stayed in their besieged hometown of Damascus in Syria. A missile rips a giant hole in their home, exposing them to the outside world. When a rope is mysteriously lowered into the hole, Zeina gets her first taste of freedom, and an unimaginable world of possibility opens up for her.

Angolan director Ery Claver makes his directorial debut with this surreal urban tale, Our Lady Of The Chinese Shop, that tells an allegory of modern Africa through the story of a Chinese merchant’s imported plastic model of the Virgin Mary, and the miraculous ripple effect it had on members of a poor community grasping for answers.

Raven Song is the feature debut from Saudi director Mohamed Al Salman, with the world premiere being held at the Festival. At the age of 30, Nasser is drifting, convinced his father doesn’t understand him. His life comes into sharp focus; however, he is then diagnosed with a brain tumor. At the same time, he meets and becomes infatuated with a striking but enigmatic young woman and must make some rapid decisions before he undergoes risky neurosurgery. Somehow, he must find a way to reach this young woman before it’s too late.

Omar Mouldouira’s world premiere of his feature A Summer in Boujad is a personal story, tenderly told, which encourages us to reflect on our own family bonds. Seven years after the death of his mother, 13-year-old Karim has left Paris for Morocco with his father Messaoud, who has remarried and decided to return to his homeland. After a year at a French boarding school in Casablanca, Karim joins the newly blended family for the summer in Boujad. Already muddled by the anxieties of adolescence, Karim struggles to understand their world and establish his place in a family of strangers.

From Algerian directors Damien Ounouri and Adila Bendimerad, who also plays the lead role, is The Last Queen. The costume drama follows Algerian King Salim Toumi who has accepted the help of feared pirate Aroudj Barbarossa to liberate Algiers from Spanish occupation. In 1516, the King dies in mysterious circumstances once the city was secure, and the next day, Barbarossa proposed marriage to Salim’s Queen Zaphira, completing his vow to his crew to take Salim’s palace, horse and wife.

The Pit is the bold and bracing debut from the Kenyan editor–turned–writer-director Angela Wanjiku. The Pit tells the story of 35-year-old ex-convict Geoffrey who is released into the care of a Catholic priests’ compound in Shimoni (translating to “The Pit”), a small and sleepy village in rural Kenya a place he knows intimately and loathes.

The world premiere of the historical drama Within Sand, marks Saudi filmmaker Moe Alatawi‘s directorial debut. The spectacular account of a young man making his way through the desert with the help of a wolf. Within Sand tells the story of Snam, a 23-year-old tobacco merchant who breaks away from his trading convoy in order to quickly get home to his village, where his wife is about to have their first child. Travelling alone, he’s ambushed by thieves who leave him for dead.