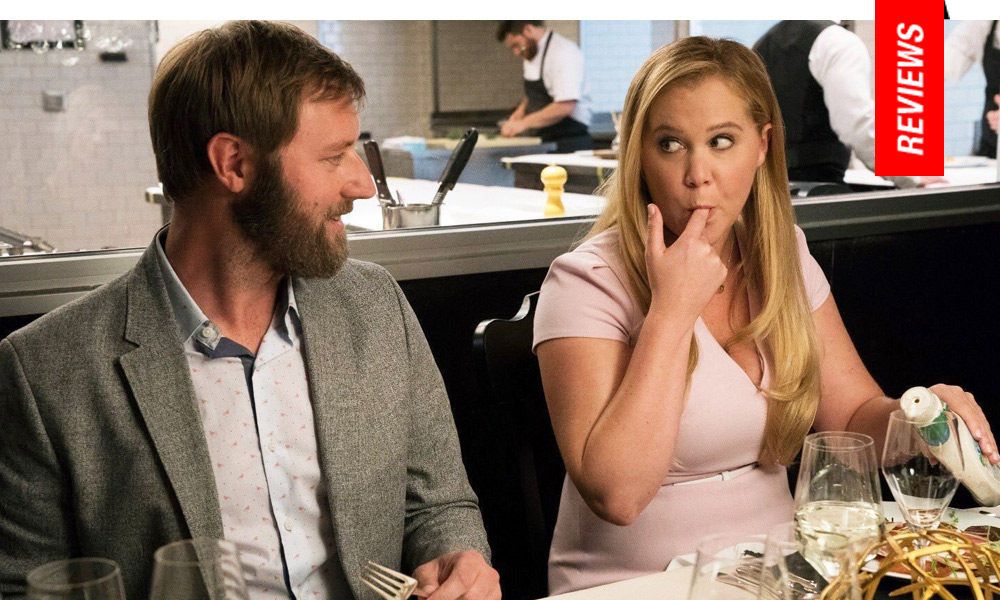 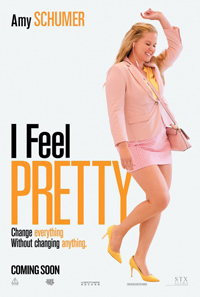 Screenwriters Abby Kohn and Marc Silverstein, known for adolescent minded portraits of heteronormative romance from white, female perspectives (such as their 1999 breakout Never Been Kissed and the 2009 adaptation of He’s Just Not That Into You) at last happen upon something more meaningful for their directorial debut, I Feel Pretty. An examination of the virulent, misogynistic body shaming, tied irrevocably into the double standard with which our culture behaves towards, consumes, and regulates the female body, is told with a surprising dollop of sincerity through the conduit of Amy Schumer, a performer who has reveled in skewering societal expectations of women (particularly in relation to sexuality). Of course, we aren’t quite used to the PG-13 version of Schumer either (although financing studio STX, which collaborates with Chinese film firm Huayi Brothers Media Corp, explains these sanctions), who finds her focusing on some unexpected emotional depths in a film about a woman who we’re supposed to view as an unremarkable presence but upon bonking her head suddenly sees herself as one of the lithe, leggy models strutting all around her in New York.

Renee Bennett (Schumer) yearns to live her life out loud, but hasn’t managed to find her voice, so to speak, due to her overwhelming insecurity and self-image issues. Spending her free time with best friends Jane (Busy Philipps) and Vivian (Aidy Bryant), Renee languishes in the confines of a cluttered, window-less office in Chinatown as a peripheral staff member for elite beauty company Lila LeClaire, whose founder (Lauren Hutton) is trying to streamline her product for the masses via a struggling diffusion line headed by her soft-spoken granddaughter Avery (Michelle Williams). After hitting her head during a freak accident in a Spin class, Renee awakens to find herself transformed into the beautiful model she’s always wanted to be—but everyone else sees the same old Renee. However, her new sense of self provides Renee with the confidence she needs to pursue the job she wants (as receptionist in the main office at her company), date a mild mannered man (Rory Scovel) she overwhelms at a Laundromat, and become the ghost writer for Avery’s new business model. But Renee’s new persona also begins to erode the meaningful friendships she’s made along the way, forcing her to reexamine the reality of beauty as something belonging to the eye of the beholder (and something which will always be skin deep).

Considering the last feature penned by Kohn and Silverstein was the risible relationship ensemble comedy How to Be Single (2016), their first directorial effort shows a marked improvement on likeability within their customary formula. Schumer’s Renee is shown to be watching the classic Penny Marshall film Big (1988), which provides us with the tone the film is attempting to establish. The only trouble is, Big (and the similar, femme-centric 13 Going on 30, 2004) revolve around children who yearn for the assumed agency which accompanies adulthood—the situation of I Feel Pretty is something much more troubling and inherently ingrained in our culture—widely accepted markers of signified beauty (which gravitate towards white, thin, toned, tall, blonde beings as regards images of women proliferating our cultural platforms) allow us to be part of the incredulous spectators in the film because we are in on this acceptable joke concerning Schumer’s presence—she doesn’t fit in with or conform to our conditioned and expected standard of ‘beautiful.’

Kohn and Silverstein do play with this vicious reality of humanity, and Schumer nails several key moments of dreadfulness and self-loathing which should be recognizable to anyone who’s ever been made to feel imperfect, unattractive or unworthy (in other words: everyone). But the treatment fumbles its actualization, rushing through the problematic aspects of Renee’s new persona (how she abuses her friends; how she begins to demean other women) in favor of rushing through the third act resolution. If we don’t quite buy the romantic entanglement with an affable Rory Scovel (and a rather fantastical dalliance with the dapper Tom Hopper, as the male heir of LeClair, who seemingly wants a woman who is authentic and not approaching him because of his fortune), it hardly matters.

What Kohn and Silverstein give us instead is a fantastic comic performance from Michelle Williams, stuck in what could have been merely the thankless ‘straight man’ role as Avery, the meek, Minnie Mouse voiced beauty who hasn’t realized her own potential due to how she sounds (every sequence featuring Williams manages a bizarre, screwball comedy tonality, which could have better served some of the film’s other elements). Instead, Williams is an equal tangent to a cop-out concerning the nice but gorgeous girl from Renee’s Spin class (played by Emily Ratajkowksi, who was ‘discovered’ in the music video for Robin Thicke’s “Blurred Lines”), apparently featured to prove even the most gorgeous of women can experience debilitating self-loathing and insecurity (which is a valid point, but bleeds into a different facet of this continuum, more befitting of the backdoor compliments and privilege suggested by something like Beyonce’s “Pretty Hurts”).

Although it examines some powerful themes, I Feel Pretty underlines a false sense of empowerment. For as daring as Schumer tends to be, allowing us to see her at what she presents as her worst throughout her body of work, she’s able to benefit from privileges of whiteness, and therefore, culturally championed standards of beauty.

If we are supposed to all take part of this notion that Amy Schumer is far from the feminine standard of beauty we all supposedly prize or agree upon (according to what marker and whose perspective is another matter), she is still beautiful enough to obtain the same semblance of a happy ending. And so, I Feel Pretty is, by its final credits, neither daring enough (or perhaps angry enough) to more than superficially jab at the defenseless superficiality of this cultural defect we are all complicit in.