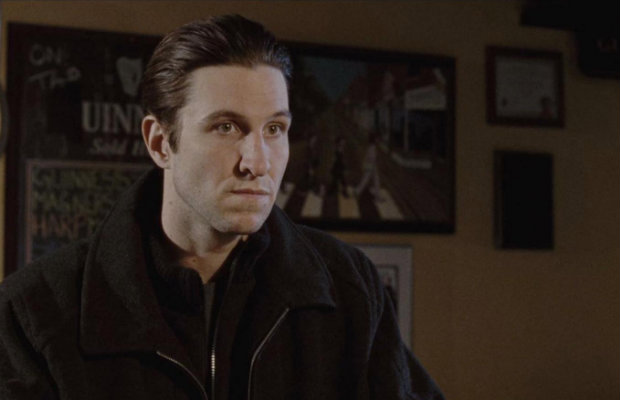 The War at Home: Gaspersz’s Film is Garbage Bin Exploitation 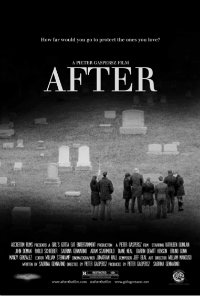 To truly address the putrid redolence of something like the film After, of such deficient quality that it’s unfathomable people will actually pay for a ticket to see this (not to mention the validating presence of Kathleen Quinlan), one must divulge the preposterous twist that proudly unfurls in the final act. Needless to say, there will be a major spoiler alert pertaining to what’s actually going on with this blighted undertaking, but consider it to be the warning signal to keep your hours for some much more fruitful activity than experiencing the offensive nature of this veracious stink-bomb.

Welcome to the upper crust, suburban milieu of the Valentino clan, a family of WASPy scions that appear to be on the verge of unavoidable implosion due to some insidious secret. The matriarch, Nora (Kathleen Quinlan) seems to be the frazzled artifact keeping her increasingly volatile family together. Her husband Mitch (John Doman) has basically left their eldest son Christian (Pablo Schreiber) to run the family construction business, which is on the verge of bankruptcy. Yet Mitch refuses to make time to speak with Christian about what needs to be done, leaving Christian to secretly take over the business on his own. Mitch also seems to be at odds with everyone else, including youngest son Nicky (Adam Scarimbolo), who displays a severe hatred for Muslims. Daughter Maxine (Sabrina Gennarino) is a bartender that just wants her longtime fiancé, Andy (Darrin Dewitt Henson) to marry her, but the family doesn’t seem ready to condone the marriage….because the celebration would be in bad taste, coming after, you know, that bad thing they all went through. Another relative, Kat (Diane Neal) is a recovering alcoholic, while the youngest daughter, Samantha (Alexi Maggio) is living in NYC and Nora is constantly obsessed with the VHS tapes of communication Samantha sends home to the family.

Okay, so, it’s not going to take too much for you to figure out what’s going on here. Quinlan’s Nora seems like your general overly anxious white housewife with too much time on her hands, though she gets a little weird when she sobs uncontrollably about crushing a flower in her garden. “You’re a good gardener, sweetheart,” coos her husband. Then there’s this issue of the VHS tapes the distant daughter sends home, of such deplorable cornball quality, including reenacting Marilyn Monroe’s infamous birthday song rendition to JFK to wish mum a happy birthday, it’s hard to fathom that no one in the cast or crew spoke up about how poorly conceived this all seems.

And of course, since this is set in modern times, you’ll ask, why aren’t these rich white people using Skype? Well, the hatred for Muslims and other miscellaneous immigrant types (Maxine’s attempt to marry her black boyfriend are poo-pooed because he’s not a ‘model capitalist,’ rather than his race) displayed by Nicky and Mitch help clue us in that the ‘after’ is pertaining to that modern day of infamy, September 11, 2001. Samantha, who died in the tragedy, was sending home tapes because these were the days before Skype, and the Valentino clan is protecting Nora’s fragile psyche by re-mailing the tapes to her over and over again.

Written by Sabrina Gennarino, who stars as Maxine, this is her second collaboration with director Gaspersz after their 2009 film, The Hypocritic Oath. To think that, somehow, funds were cobbled together to create this travesty, which brazenly features an end credit afterthought for the victims of 9/11, is indeed awe inspiring considering the event used for a cheap narrative twist. “Family is the most important thing,” is the grand message we’re supposed to take away from this garbage.

Perhaps the director and screenwriter aren’t aware that the Valentino clan, presented as general products of model capitalism in the privileged Western World, are a disgusting and inadvertent example of how ignorant and grandiosely self-important those comfortable in this prized economic system actually are. With mercilessly cheap effects (including a laughable slo-mo fight scene), and performances hampered by the contrived gimmick of the script make After so derisively awful it doesn’t deserve to be referred to as a film.