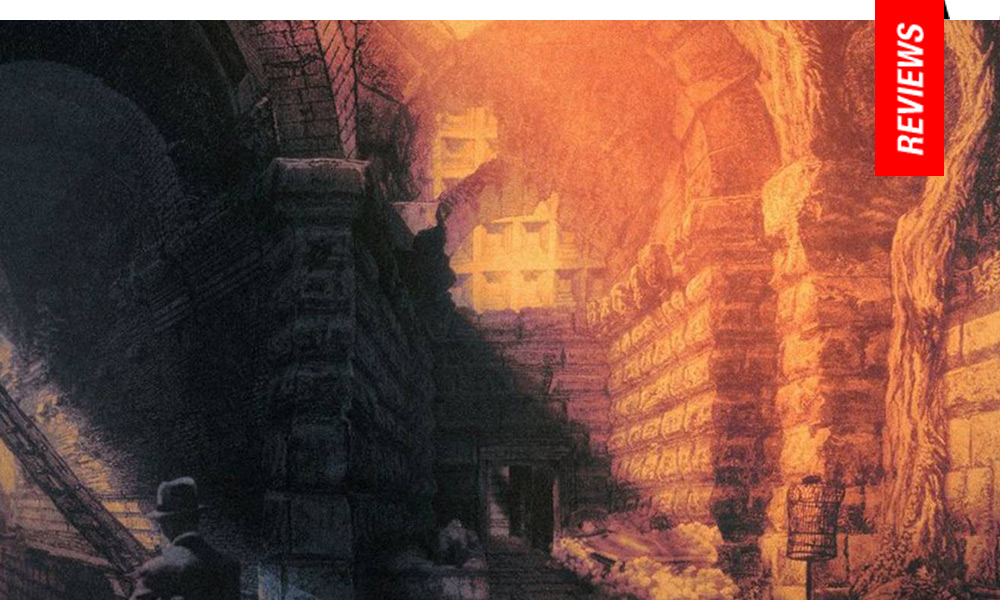 “Death is the solution to all problems,” said Joseph Stalin. It turns out this is something of a fallacy, at least as examined in the latest film from Russian auteur Aleksandr Sokurov with Fairytale, an ironic title for this nightmarish animated film about the leaders, oligarchs and tyrants who mangled and corroded the globe with a terror irreparably defining the twentieth century. Culling archival footage and splicing together the who’s who of WWII into a shadowy nether world wherein notorious historical figures bicker, berate, and exchange backhanded compliments with one another, it’s a subversive reflection on the past as well as a hypnotic provocation.

A meditation suggesting those who imposed totalitarian regimes not only escaped any real world retribution but whose legacies were absorbed immutably in the global ether, Sokurov plays with terror beyond the grave. Framed by the convenient mythological loopholes inherent in the false promise of an afterlife, this is a purgatory poem proposing how the privilege of power is not curbed by death when the sentiments of evil continue to thrive.

Demanding at least a basic knowledge of historical figures, though Sokurov makes pains to provide exposition on his characters through hints of exposition in the dialogue, Fairytale isn’t so much an enjoyable film as it is a fascinating configuration. Although Sokurov shot additional footage, most of the film’s palette seems to be actual news footage modified for the voice work of his actors. Stalin murmuring in his coffin next to the prone and eternal suffering Jesus Christ (merely a cameo, as his purgatory is eternal), cajoles the lord and savior by naming himself as his father. Stalin’s eldest son, Yakov Dzugashvili, who died in a concentration camp because his father neglected to secure his release, also makes an appearance.

The main players here are Stalin, Hitler, Mussolini and Churchill, the latter speaking in English though they all seem to easily understand one another as they wait for their expected redemption. As in their lives, they’re preoccupied with all the same sentiments, Hitler quizzing Stalin on whether or not he’s a Caucasus Jew, and mourning the fact he could have had Wagner’s niece as a girlfriend (Churchill tries to be comforting by extolling the virtues of Eva Braun).

They wander through foggy ruins, apparently waiting for a version of the pearly gates to open so they can enter paradise. Concern about Napoleon, who already ascended to paradise, is a constant concern—if they spy Mr. Bonaparte, they’re in the right place. All of them apparently ‘stink of their past’ as well, their terror distilled only as an olfactory artifact, trailing them from beyond. Sokurov’s approximation of purgatory feels more like Tarkovsky’s Zone in Stalker (1979), his travellers impatiently waiting for the glory they feel they deserve. As they wait, they exchange thoughts comforting to themselves. “Fascism is reality and Communism is a theory.”

Sokurov stated the film is a ‘civil and artistic statement about those who determined the state of the planet,’ but the way he illustrates the masses, a sea of writhing, connected figures, conjures darker, more elegiac sentiments, formulating these men as those who commanded the continual tempest of humanity—and drove it into a darkness. A formidable technical feat, as evidenced by the team of visual effects crew who worked on the project, it’s an art house project in the vein of social media technology (think the popular YouTube show “Got 2B Real: The Diva Variety Show” created by Andrea Lee).

Sokurov, one of Russian cinema’s most notable auteurs, has seemingly entered a more experimental mindset in his later career (since winning the Golden Lion in 2011 for Faust, his only additional project was the 2015 doc Francofonia, which examined the Louvre while under Nazi occupation), but there’s a similar sense of visual artifice as exemplified in his most beloved work, the single shot 2002 film Russian Ark. Stalin might have been right in his sentiments on death as a solution, but Fairytale cryptically begins with Stalin’s initial mutterings in the afterlife, “I haven’t died and I never will.”