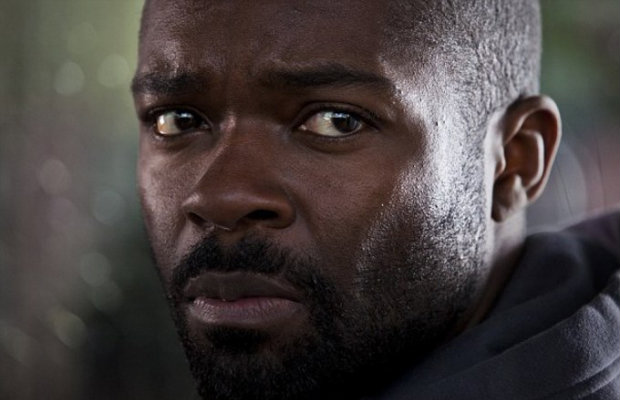 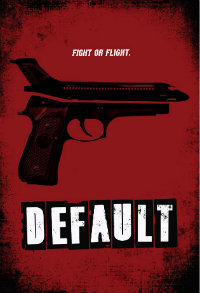 Colombian born filmmaker Simon Brand cashes in on the current fascination with hijacking pirates for his latest film, Default, moving the action out of the water and onto a plane. Utilizing the aesthetic of the found footage genre, the perspective is almost exclusively from the camera of the news crew trapped in the hijacked plane. But rather than lending the film a tense, guerrilla style quality, this effect creates a rather visually unappealing, downright drab aesthetic. Moments of violence punctuate this rather overly talkative drama quite effectively, but it’s dismal, almost gimmicky cinematography cheapens the film.

A veteran news correspondent, Frank Saltzman (Greg Callahan), has just completed an assignment in the Seychelles. But after he boards a dilapidated, private plane with his crew, they are taken hostage by a quartet of terrorists led by the well-spoken Atlas (David Oyelowo). As they attempt to negotiate terms that will let them fly off the island, it becomes apparent that Atlas was specifically targeting Saltzman for various reasons.

The final quarter of 2014 should shape up to be a memorable one for David Oyelowo, and his performance as the terrorist with a significant secret motive in Default is one of the film’s greatest assets. This is his first film to hit theaters this season (with the exception of those lucky enough to have caught him in Los Angeles Film Fest premiere Nightingale, which has yet to see theatrical release yet), preceding roles in Christopher Nolan’s Interstellar, J.C. Chandor’s A Most Violent Year, and the highly anticipated Selma from Ava DuVernay, in which Oyelowo portrays MLK. As usual, Atlas is a compelling performance, but it’s a character that gets blindsided by the film’s struggle to overcome its tendency to seem like a mouthpiece criticizing the role and function of the media.

Other cast members, like Katherine Moennig, Jeanine Mason, and Stephen Lord get lost in the mix as they struggle to figure out how to establish a line of communication with the outside world while Oyelowo faces off with the news correspondent played by Greg Callahan. Events get a bit preachy when Saltzman, refusing to read from the script of questions Atlas gives him for an interview, which results in all of the crew members getting pulled in front of the camera. Is it more terrifying to be held hostage by extremists that are seeking money or those with a religiously motivated agenda? Terror, it seems, is terror.

There are certainly moments of genuine intensity, but these are marred by the film’s obvious budgetary constraints. The barrage of handheld footage ends up being visually repellant and hampers some of the cast’s finer moments. Bookended by news footage montages (so it’s no surprise, really, when the teenage Somali pirate figures prominently in what’s going on here), Default feels a bit too contrived to reach the heights of tension it seeks, while its views on the lazy and misguided power of the media are predictably harpooned. As generically profound as its title is easily forgettable, Default may certainly be watchable, but it won’t hold your attention hostage.