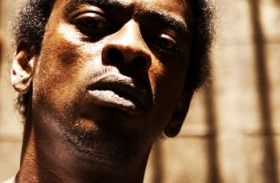 A follow-up, and sometimes sequel to Jose Padilhaâ€™s hit first film, Elite Squad: The Enemy Within sports a bigger budget, a more gripping (and melodramatic) script, and more frenetic pacing than itâ€™s predecessor, Elite Squad (2007). And whereas the first film had a public of 2.4 million viewers after first being pirated and seen by 11 million people before its theatrical release, the sequel has become the most popular film of all time in South America, proudly boasting of out-grossing Avatar (2009). While this second offering certainly benefits from the bigger budget in both cinematography and tense action sequences, Padilhaâ€™s use of the protagonistâ€™s omniscient narration is just as clunky and heavy handed here, not to mention a convenient black and white vantage point of the political arena that comes across as subtle as the college lectures both films so fondly make mimicry of.

Beginning directly in the middle of a high octane hostage situation during a prison riot at Bangu 1 penitentiary, Captain Nascimento, once again the head of Rioâ€™s Special Police Operations Battalion (BOPE), heads a critical operation to end the violence, resulting in a violent massacre. Championed by the media, the Governor of Rio promotes Nascimento to Sub-Secretary of Intelligence since itâ€™s an election year and he doesnâ€™t wish to anger the media. Meanwhile, we learn that Nascimentoâ€™s wife has divorced him and remarried his left-wing arch nemesis, Fraga (Irandhir Santos), a shrill pretty bourgeois mouthpiece, crudely written in order to easily to roll your eyes at him. His personal life in ruins, Nascimento dives into work, exploring his new found power by giving BOPE basically free reign to wipe out all of the drug cartels in Rio. Blinded by his personal situation of watching his son grow distant from him under the left-wing tutelage of Fraga, Nascimento learns too late that by eliminating the cartels, he has cleared the way for dirty cops to run the slums of Rio, escalating into a furious whirlpool of politics and violence.

While Elite Squad: The Enemy Within begins smoothly enough, it quickly loses steam amidst the histrionic screaming of its political caricatures and adolescent treatment of a political situation it does not attempt to completely address the complexities of. Returning character Mathias (Andre Ramiro) is here solely as a subplot catalyst, unable to create a facial expression that doesnâ€™t look like a grimacing Dr. Seuss cartoon, his character as unbelievably good as his dirty cop counterparts are as painstakingly bad. And a flaccid attempt to create dramatic tension between Nascimentoâ€™s estranged family and his incredibly successful career is half-assed, to say the least. Just as the first film was flimsy with character development, Elite Squad: The Enemy Within doesnâ€™t fare any better, sacrificing quality for a clipped, frenetic pace, all climaxing in an angry, screaming courtroom confession. Technically, this film is really just a higher quality revamp of the first film, exploring the exact same themes in more grandiose locales in Rio. The title itself gives away the filmâ€™s target straight away. A glossier attempt at a story already told, but worth a look if you were impressed by the first film.