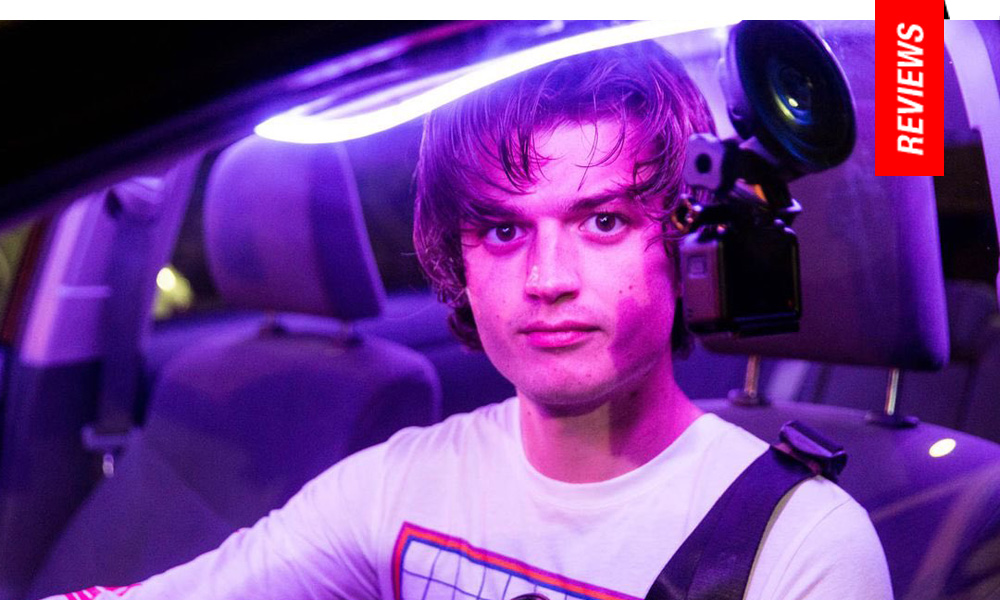 Click it or Ticket: Joe Keery Slays in Uber-Dark-Satire 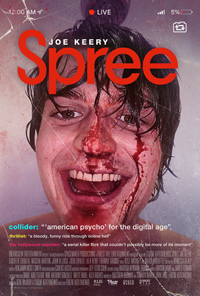 Eugene Kotlyarenko’s fifth feature film is an outrageously satirical indictment of influencer culture with a commanding lead performance by Stranger Things’ Joe Keery. Preposterously funny, violently zany, Spree is a full-bore farce that makes you laugh, squirm and occasionally scratch your head. It also forces you to suspend disbelief and forgive tonal shifts. However: once you’re along for the ride, Spree’s a gas. Kerry and Kotlyarenko strike an absurdly happy medium between Nightcrawler and Ingrid Goes West.

Keery is the film’s glue; it’s hard to imagine anyone else playing this role so fluently. In spite of his cringe-inducing jabber and matted-down bangs, he’s still too charming to convince as a no-views loser. Even so, this implausibility actually complements Spree’s wildly irrational universe, making Kurt’s evolution from overzealous nobody to entitled provocateur doubly hilarious. In fact, Keery’s onscreen chops propel Kurt to tragic anti-hero status even as the script spirals into insanity. If only the rest of the cast weren’t so one-dimensional: Kyle Mooney (boorish comedian Miles) is intentionally annoying; David Arquette (Kurt’s lame dad) never gets beyond broad. Even Sasheer Zamata feels phoned in and self-righteous—and here I blame the writers—as the sole voice of reason in a crowd of toxic white males.

Spree is a fresh and timely take on the sociopathic white guy subgenre: shot entirely on iPhones and go-pros, propelled by DJ Kurt’s own cacophonous synthesizers, well-researched in reddit-slang and meme-speak. Spree’s presentation of social media interface is also a highlight, most especially the live-streaming iPhones that launch diptychs and triptychs across the frame. As action unfolds, Kurt’s followers react with real-time comments: everything from monetary donations to trolling to genuine concern. This hive mind is the film’s truest antagonist, steering Kurt to the dark side like Palpatine toward Vader—thereby revealing the deepest truth about our culture’s obsession with surface.