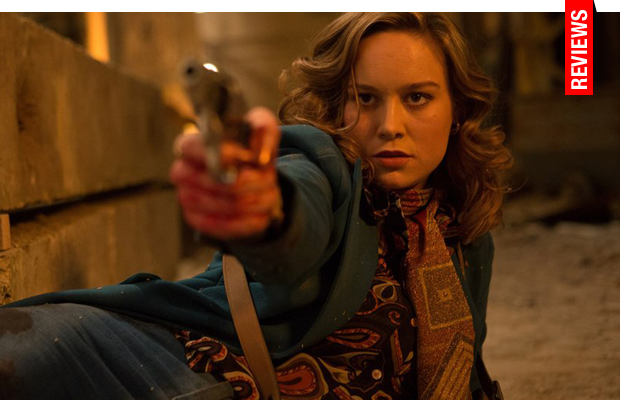 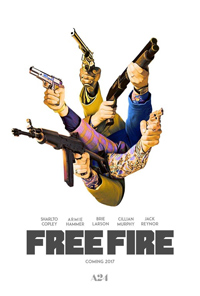 Gunfight at Boston, MA: Wheatley’s Portrait of a Vicious Shootout

Massachusetts, 1970s. More precisely, the docks of Boston, where plans for a weapons trade at an abandoned warehouse go awry and frictions between petty criminals escalate into a ferocious shootout that is both a mocking of and reverence for all action-crime flicks. British director Ben Wheatley returns to his darkly comic comfort zone following his acclaimed and bewildering High Rise with yet another 1970s period film in the high-octane thriller Free Fire. Where High Rise portrayed a group of tower dwellers’ slow descent into barbarism, his sixth feature film is more concentrated on depicting a troupe of gawky and cloddish characters emerging from the criminal underworld. Indeed, if the former is characterized by its Ballardian dystopia, then the latter is nothing less than a genre-bending exercise that indulges in a protracted, chaotic bloodbath, with occasional intervals for quirky humor.

The story begins with a motor home arriving at a large industrial port abound with derelict warehouses, at a place where organized crime has overwhelmed commercial activities. An illegal transaction is about to happen between two gangs: on one side are fellow Irishmen Chris (Cillian Murphy) and Frank (Michael Smiley). Their purpose: to purchase guns to support their participation in the IRA. On the other side are weapons salesmen Vernon (Sharlto Copley) and Martin (Babou Ceesay). As genuine businessmen, their objective is to milk as much cash as possible from their clients. In between are two American mediators: the debonair host Ord (Armie Hammer) and the ravishing Justine (Brie Larson). They both want this exchange to go smoothly, and it looks promising.

Despite minor errors in the nature of the merchandise, terms are agreed and a call is made to bring in the goods. The motor home drives in with Stevo (Sam Riley), a junkie who is doing his cousin Frank a favor by hauling the weapons, though stoned and clumsy to the extent that other gang members take notice. As it turns out, Stevo was involved in a cheeky incident with one of the others the night before and his presence provokes a heated argument, which, steadily, spirals into a random, haphazard target practice. As bullets soar from one end to another, each and every character ducks for the nearest cover, ensuing in a deadlock game of survival that leaves little room for tactical strategy.

In a film where the shootout occupies nearly the entire runtime, there is little to say in terms of its plot development or themes. But Free Fire makes up for this lack by displaying a wide range of amusing caricatures. Amongst them, the most flamboyant of all is Vernon, whose flashy suit, wavy haircut and South African accent (thanks to Copley’s energetic performance) makes for a gun toting gangster with a sense of style, however kitsch that may be.

Wheatley claims to have made the film for his love of action films, and in particular, the hyper violence that pervades the shooting sequences in films directed by Sam Peckinpah. But it is not so much the slow-motion shutters of blazing guns and falling bodies that are found in Free Fire, but rather the elongation of the shootout as a means to blanket the whole film. This plot structure overly emphasizes the single setting as a unique space: teeming with debris, garbage and an indiscriminate number of cover spots, the warehouse is an ideal locale for this gun battle.

Perhaps the film’s most novel quality is its realistic portrayal of the shootout as a tense struggle for survival. Wheatley and his co-scriptwriter Amy Jump have taken inspiration from real accounts of shooting, where accuracy and sudden death are replaced by off target bursts of gunfire and minor injuries that create additional obstacles to the characters, rather than eliminating them altogether. And so in the midst of ricocheting bullets and bleeding wounds, the gangsters turn to desperate measures: flying insults and graphic swearing in order to distract, bully and humiliate their rivals.

Frankly, there is little substance to Free Fire, but it might have turned out worse in the hands of a less competent filmmaker. Wheatley is up to his game in choreographing the shoot-out and balancing the action with some wicked humor and a dizzying cinematography that energizes the steady location. The 1970s theme is visualized with vivid characterizations from an ensemble cast and embellished with a nostalgic nod to the action films of the era, both of which have the potential to allure fans of the genre.

Emre Çağlayan is a film writer, researcher and independent scholar currently living in Canterbury, United Kingdom. He completed a PhD in Film Studies at the University of Kent, with a dissertation examining the history and aesthetics of slow cinema. In 2016, he participated at the Sarajevo Film Festival's Talents Press programme and continues to teach film courses in the UK. Top Films From Contemporary Film Auteurs: Almodóvar (Broken Embraces), Ceylan (Uzak), Dardennes (The Son), Haneke (Caché), Hsiao-Hsien (A Time to Live, a Time to Die), Kar-wai (In the Mood for Love), Kiarostami (Close-up), Tarr (Werckmeister Harmonies), Reygadas (Battle in Heaven), Van Sant (Last Days), von Trier (The Five Obstructions).