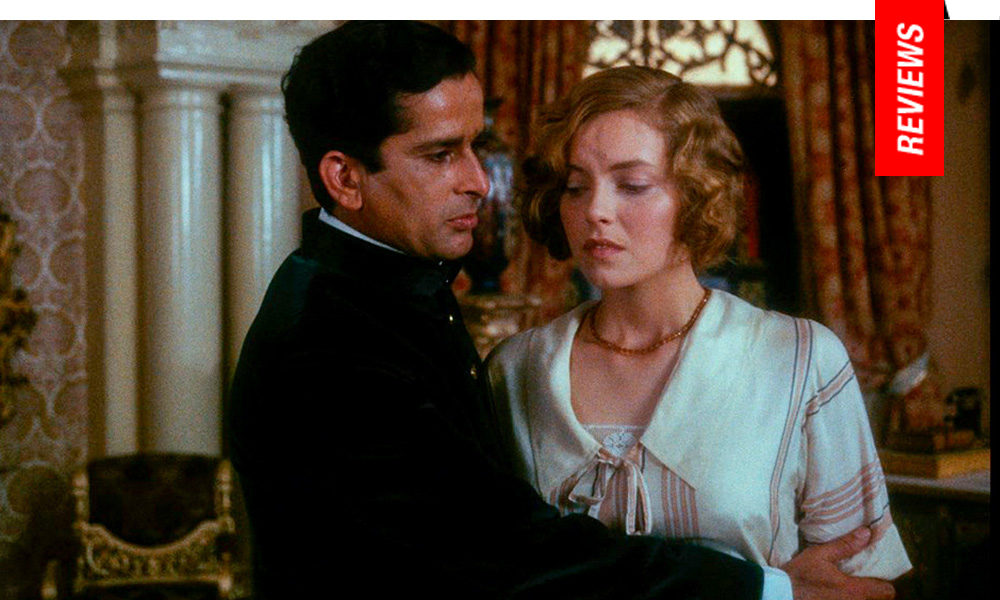 Passage to India: Ivory’s Double Romance Gets a Sterling Restoration 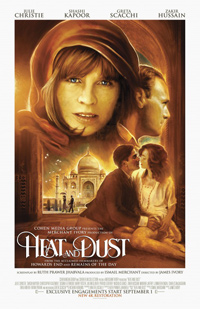 Cohen Media Group continues to re-release its catalogue of Merchant-Ivory titles with their latest restoration of 1983’s Heat and Dust. Adapted from Ruth Prawer Jhabvala’s 1975 Booker Prize winning novel, (the screenwriter for Ivory and producer Ismail Merchant since the late 1960’s and the force behind their famed adaptations of E.M. Forester and Henry James), twin tragic love stories are juxtaposed in both 1920s and 1980s India, wherein the great niece of the woman in the earlier period investigates the mysterious circumstances surrounding the shrouded mystery of her great aunt.

Led by Greta Scacchi (making her English language debut) and Julie Christie, the dueling periods are framed and narrated by the latter, who finds herself to be a kindred spirit to her late relative. Politics, social mores, and interracial rendezvous make this semi-period piece a bit blunter than some might expect regarding women’s reproductive rights.

Competing at the 1983 Cannes Film Festival (the third James Ivory film to do so following The Europeans and Quartet), Heat and Dust is also considering the first major box office draw from Merchant-Ivory. Jhabvala won a BAFTA for adapting the screenplay from her own source material, and this is the third resurrection from Cohen Media Group (following restorations of Howard’s End and Maurice) over the past year. Like all their films, depictions of homophobia, racism, and misogyny subtly gilds the moral preoccupations of their narratives, particularly displayed in its 1920s segments.

Patrick Godfrey’s medical officer is the most glaring example of this, pronouncing his Indian subjects as “so transparent, they’re like children,” and convinced they don’t have the ability to reason. Meanwhile, his wife (Jennifer Kendal) asserts all Indian men are rapists. Simmering socio-political conflicts between the Brits and a group of virulent bandits pillaging and even murdering residents don’t seem to help the anxiety of the colonialists. Trouble is beginning to brew when Olivia (Greta Scacchi) joins her husband of six months, Douglas (Christopher Cazenove), a minor civil servant in the colonial administration. His superior, Crawford (Julian Glover), the District Collector, is convinced the Nawab of Khatm (Shashi Kapoor) is linked to the bandits, a suspicion which widens the divide between the two cultures. Tension reaches a breaking point when everyone learns Olivia (Greta Scacchi) had an affair with the Nawab.

While Olivia’s story unfolds as Anne (Julie Christie) interviews Olivia’s old confidante, Harry Hamilton-Paul (Nickolas Grace), a man whose homosexuality is mentioned in brief passing, the two women’s desires to break free from their smothering cultures begin to resemble one another. Their trajectories (and ultimate predicaments) only diverge when Anne realizes she has agency over her body Olivia was never afforded.

Beautifully filmed by German DP Walter Lassally (a favorite of Tony Richardson’s), Heat and Dust presents two distinct periods of India. As many of Ismail-Merchant’s productions about the British in India, the 1920s period has a romanticized, colonialist glow about it, showcasing the elitism and obliviousness of its white, British upper classes as well as the entitlement demanded by members of the upper castes in India.

Sixty years later, Christie’s Anne is shown to acknowledge the compromised economic realities of the country, while her search for answers further cements he own status as an outcast in either cultural sphere. Although not as effervescent as Howard’s End (1992) or as daring as Maurice (1987), Heat and Dust is a carefully plotted melodrama which is both vicious in its demeaning treatment of women, but also the troubling implications of festering post-colonialist issues.