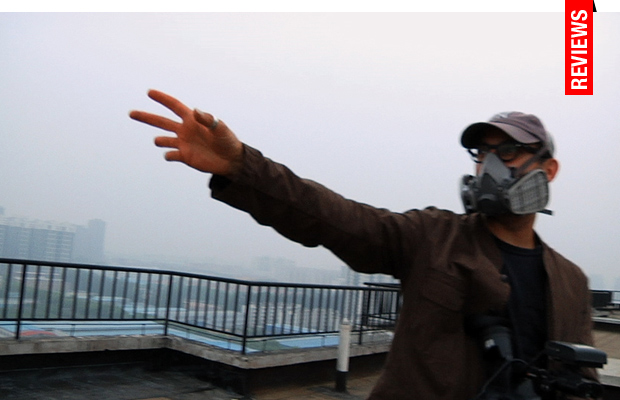 Where To Save Next: Fox Expands Fracking Fight To Wage War On Climate Change Via Globetrotting Personal Doc 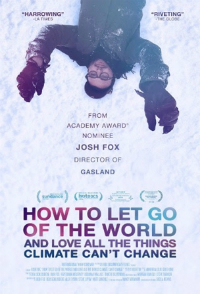 After successfully warding off the fracking industry from his rural back yard in upstate New York with Gasland and its sequel, director Josh Fox was left not only immensely relieved (see opening dance sequence for proof), but emotionally exposed after having interviewed countless experts on climate change, all of whom essentially spelled out the impossibility of reversing the harm humans have already inflicted upon the Earth. Within his ludicrously lengthily titled How to Let Go of the World and Love All the Things Climate Can’t Change, Fox finds himself traveling the globe looking for reasons not to despair. Blending the comedic international pursuits of Michael Moore with a deep sense of personal involvement that echoes the lo-fi work of Ross McElwee, Fox’s latest briefs us on our hopeless situation and allows us to dwell on the facts without drowning in a sea of sorrowful cynicism.

Instead, How to Let Go of the World… takes us on an emotional roller coaster that begins on a high note, celebrating the political successes of the Gasland films, but soon starts to descend after the filmmaker notices that his beloved hemlock tree he rescued as a child has begun a slow death. The now towering tree has been infested by a destructive bug that should never have been able to reach New York, but thanks to climate change, the weather hasn’t remained cold enough down south to keep the sap suckers at bay. The discovery strikes at the heart of Fox’s struggle – one can win the battle on one’s home turf, but the climate change war may already have been lost. And once you’re privy to the proven facts that humans have warmed the Earth’s atmosphere to disastrous levels that are melting glaciers, causing destructive shifts in weather patterns, rising sea levels, all at rates destined to cause havoc for future generations, it’s a truly devastating reality to accept. Overwhelmed by the mountain of scientific studies on a wide range of intensely investigated environmental issues, each essentially predicting doomsday, the filmmaker almost decided to give up hope and abandon his activist undertakings. But he did not.

Facing the music, Fox picked up his trusty banjo, a pair of cameras and a drone and set out across the globe hoping to try to understand how, despite hopeless circumstances, other communities are remaining resilient in their fight to save their own homes from environmental annihilation at the hands of greed blind corporate interests. Among the 6 continents Fox visits, we witness the glacial melt of Greenland, we’re taken down the Amazon river by hand carved canoe to find natives cleaning up after a negligent crude oil leak that’s poisoning the jungle and their natural food source, and we attempt to see through the smog of Beijing while Fox himself becomes suspected of malicious media documentation by Chinese authorities. In each locale, it slowly becomes clear that it’s the communal unit and the dialogue allowed within that remain their salvation.

One part refreshingly lo-fi personal crisis essay that sees a camera continually pointed at the filmmaker, one part globetrotting adventure doc and one part informational activist picture, How to Let Go of the World and Love All the Things Climate Can’t Change is a wildly entertaining, emotionally overwhelming and morally invigorating piece of filmmaking that never settles for merely purveying facts and instead utilizes rye wit and rough-edged vérité to seek something much deeper. Annukka Lilja and Greg King’s propulsive edit and Fox’s excellent musical selections only help impel us to embrace the filmmaker’s endearing on-screen goofiness, internalize the environmental realities outlined via loose interviews and narration, acknowledge them for all their corporatized horror, and reach out to those around you and stand up for one another against whatever Goliath-like forces threaten one’s health and home with pride in the fact that you are taking a stand. The world may be going to hell, but what good can come from navel-gazing from the couch?

Continue Reading
Advertisement
You may also like...
Related Topics:Documentary Film Review, How to Let Go of the World (and Love All the Things Climate Can't Change), Josh Fox, top-stories