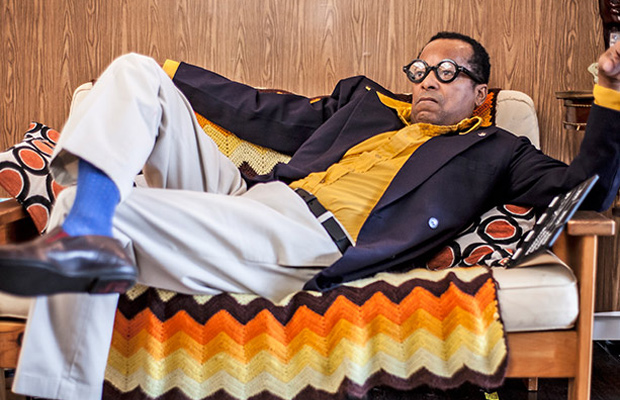 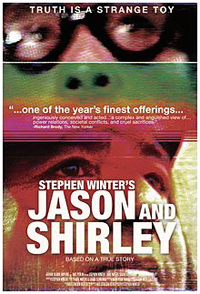 The nagging obscurity of Shirley Clarke’s famed 1967 documentary Portrait of Jason remains a notable absence on many lists noting the best examples of the format, a title only recently made available within the US in late 2014. An unforgettable portrait of a gay black hustler named Jason Holliday interviewed by the famed documentarian (who had previously won on Oscar for Robert Frost: a Lover’s Quarrel with the World in 1963) over one twelve hour period in 1966, it’s a case study representative of the limitations humans have in being able to completely understand another’s experiences based on social demarcations of race, gender, class, etc. Director Stephen Winter reimagines what went on between takes during the famed interview that transpired in the Chelsea hotel, dramatizing some of the salacious hypotheses surrounding the source film, such as Clarke’s obvious exploitation of her subject even as she portends to highlight the issue of exploitation. The end result is an intriguing addendum to Clarke’s iconic doc (she wouldn’t complete another for nearly two decades), but fails to strike the same sense of necessity. More often than not, and arguably because we have something so pervasive to directly compare it to, Winter only manages a flaccid caricature.

On December 3, 1966, filmmaker Shirley Clarke (Sarah Schulman) invites gay street hustler Jason Holliday (Jack Waters) to the Chelsea Hotel as her documentary subject. The twelve hour interview, which was partially administered by Clarke’s colleague, actor Carl Lee (Orran Farmer), finds Holliday initially ‘acting’ for the camera, boasting of his significant accomplishments and lofty future plans. But as hours fly by and drugs and alcohol are heavily consumed, Holliday begins to exhibit significant emotional strain, which is exactly how Clarke seems to want to capture him.

Much like the evolution that transpires in the adaptation of a literary work to the visual medium, a similar instance of interpretation transpires in jumping between cinematic formats. Jason and Shirley actually feels like its own documentary, an incredibly self-contained venture enhanced by a bit of esoteric cultural significance. In many ways, this a similar move to something like the 2009 narrative rehash of the famed Maysles’ doc Grey Gardens, except Winter’s film is more along the lines of reenacting a behind-the-scenes featurette.

Too often, Jason and Shirley is hobbled by inauthenticity, in the form of stilted dialogue, wooden or forced performance, and uncomfortable comparisons to the figures from the actual documentary. Holliday, though played with an admirable energy from Jack Waters, comes across as a nothing more than a formidably irritating cliché while Schulman’s Clarke is merely a world wearied manipulator. At the moment she pulls Orran Farmer’s Carl Lee aside to direct him to “break” Holliday so she can capture the right tone of self-loathing on film, it feels not only corny but falsely verbalized. More than a recuperation of Clarke and Holliday, this instead feels like a paltry adaptation of James Baldwin.

Winter, whose last feature was his little seen 1997 directorial debut Chocolate Babies (a comedy/drama which featured a memorable turn from Dudley Findlay Jr. as an HIV positive drag queen), manages to create another avenue of discussion in regards to Clarke’s original documentary. The end credits point out that her film is the only critically celebrated cinematic endeavor featuring a gay black male. It’s a sobering realization, since outside the critical canon, there are other examples one can certainly point to, but many do not project outside the reverie of niche or cult audiences. Jason and Shirley may not manage to right that slight, but it’s all the more relevant for calling attention to the continued notable absence of queer characters of color in the realm of either the culturally celebrated or notably iconic.