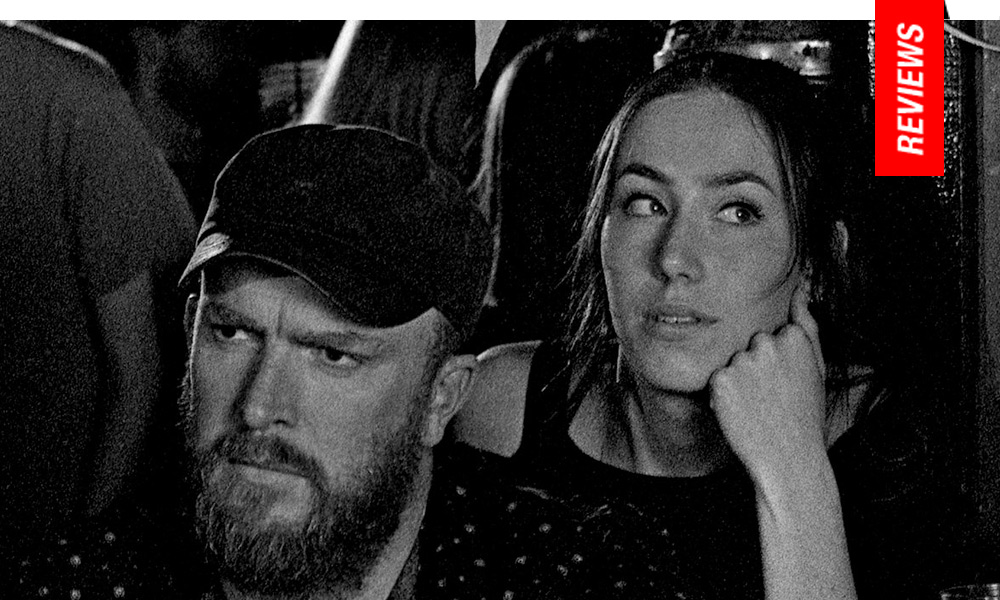 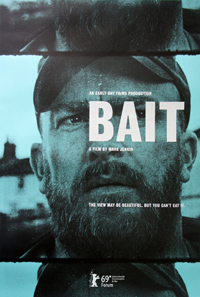 Experimental filmmaker Mark Jenkin shines a light on the film industry of Cornwall with a curiosity work shot in black and white with a 16mm wind-up camera, defying its two-dimensional limitations thanks to a scratchy, textured surface that perfectly matches the caustic local story that brews at its heart. Bait, with its look at disgruntled Cornish fishermen battling tourists in a working-class British village, forges its own peculiar identity out of a cultured reverence for cinema’s history and a stern micro-budget pragmatism. It’s a refreshing spin on the old tale of tradition being overrun by capitalistic obliviousness, and one that in Jenkin’s hands doesn’t seem to settle for easy resolutions, making the political undertones of the film more nuanced.

The Ward brothers come from a proud line of fishermen, but things have changed now. Their Cornish village has become a tourist destination, houses are being sold to visiting Londoners, and the old jobs are not a viable option anymore. While Steven has decided to go along with it, re-purposing their father’s boat as a tool for tourist rides along the coast, Martin is digging his feet in – he’s still a fisherman, even without a boat, and when he’s done saving up he’ll buy a new one.

That’s when the Leighs show up from London, taking over Martin’s house and re-decorating it with what they think is a tasteful homage to the village’s culture (to Martin, it looks “like a sex dungeon”). The two families are on a collision course, which also involves Martin’s nephew Neil and the Leighs’ children Katie and Hugo, but the inevitability of it all and Jenkin’s directing style chip away at the dramatic trajectory and make the film more abstract. Some virtuoso editing de-contextualizes the objects in the film as much as the people, with the passing of time being observed exclusively through fixed shots of fishing nets, tools, and cars. The faces also pop from the screen, sometimes abruptly, as more of a study about signifying cultural traits than earnest storytelling. While the film treats the Leighs as a pure symbol of poshness (often quite transparently), and never abandons Martin’s perspective, the nostalgic depiction of traditional values and the undeniably heartfelt elegy of Cornwall’s fishing culture are not without a certain ambiguity. The fact that Bait comes out in 2019 and can’t escape its Brexit relevance is almost a detriment to the film, flattening the far-reaching, timeless nuances of the setting.

Bait occupies a strange space, right at the intersection between a student film with a lot of character and some rough edges, and a winking, academic exercise demonstrating the application of different cinema techniques. As such, the film comes across as a peculiar item, sometimes hyper-modern, others a relic from the past. It messes with the coordinates of the moving images as we usually understand them, by undermining the visual shorthands we inevitably look for. Much like its penchant for deconstruction breaks down the meaning of what’s in the frame, the studied appearance of the film ceases to be merely a formal affectation and becomes grounded in the reality of the village, which is truly portrayed as otherworldly, in a way that makes Martin’s predicament all the more real.