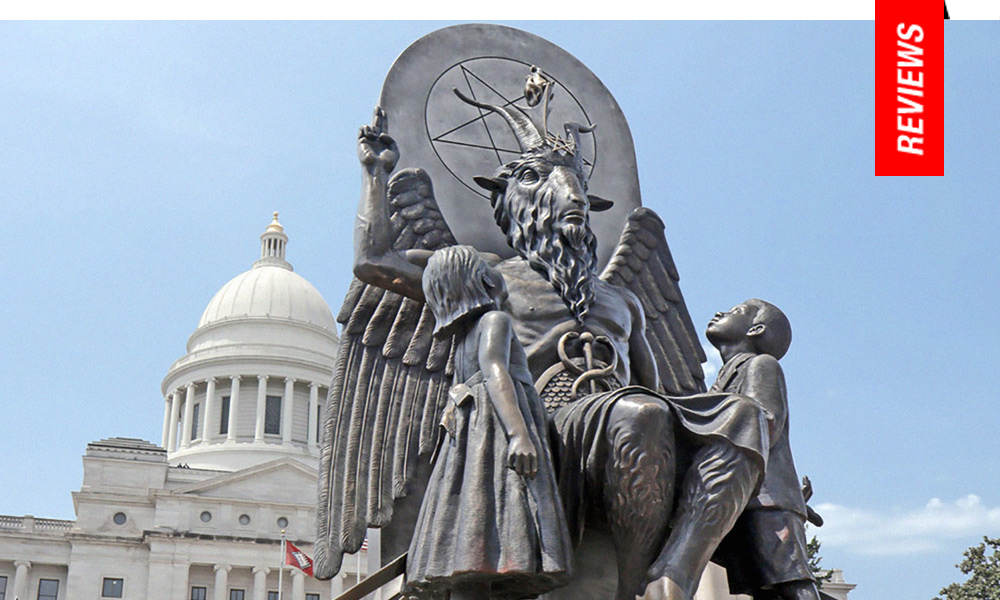 The Politics of Evil: Lane makes Satanists of Us All with Amusing, Thought-Provoking Doc 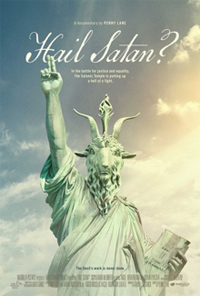 Docu filmmaker Penny Lane explores the contradictions of society, religion and politics in her latest work, chronicling the rise of the Satanic Temple association, its followers, and the carefully selected media controversies they have been a part of in recent years. Hail Satan? stays well within the boundaries of traditional documentary filmmaking, isolating a few key figures in the organization and giving voices and faces to the movement around it. Lane smartly underlines the – probably unanswerable – fundamental questions: Can you market atheism to people by injecting a sense of agency into it? And how can you rebel against authority and brand yourself a Satanist, while still having rules and bottom lines?

Starting at its very inception, with a rally at the Florida Capitol in 2013, Lane traces the story of The Satanic Temple to its humble beginnings, when founder Lucien Greaves preferred to remain in the shadow of a hired actor who took care of public speaking (when someone in the crowd throws a ‘go to hell’ at him, he doesn’t skip a beat in replying with a grin, ‘I believe it, and I’m very excited about it!’). Over the years, however, the association has developed, expanding with multiple charters and subsequently a national council to oversee them. Greaves has also grown comfortable in a more prominent role (though he keeps his real name hidden behind a couple of pseudonyms and groans at the prospect of going out in a bulletproof vest for a particularly tense stunt), and there’s an air of studied vulnerability in his magnetic relationship with Lane’s camera.

The main idea in Hail Satan?, and also its primary source of humor, is the clash between the traditional notion of Satanism taken at face-value, with all its esoteric, demonic connotations, and the role it plays in the association itself. Everyone, heavily tattooed rebels and suit-and-tie office workers alike, is ready to admit that Satan is less of a literal belief than a gimmicky stand-in for trolling any unchecked authority, including the government. Nobody really believes in sulfuric creatures with pitchforks around here, as evidenced by the (mostly) well-adjusted profiles that TST attracts. What they are is atheists in search of better props who have figured out that a devil costume looks pretty cool.

Such a realization unlocks the real potential of Lane’s doc, which turns into an origin story through allegory of grassroots activism of the populist kind. That is, the kind that escalates a well-deserved dissatisfaction with authority into a sensationalistic, let’s-take-matters-into-our-own-hands campaign, which sooner or later will be forced to contradict its own message just by virtue of existing as part of the system (Greaves has to expel a member who goes too far in her proclaims, and who’s baffled at finding out she’s too extreme for Satanists).

In doing so, it also becomes a bizarro version of many European contemporary trends while still retaining its quintessentially American texture – TST’s main fight revolves around preventing a monument to the Ten Commandments from going up in front of the Oklahoma State Capitol, and the deep dive into the commercial origins of widespread Christian fervor in the US, along with the wonderfully silly clash of statues between TST and State Senator Jason Rapert, is absurd and profoundly symbolic.

Not all of these deeper echoes are essential to the enjoyment of Hail Satan?, which even on its surface is a well-told, piercing story of juicy ambivalence, contrasting the seriousness of people taking a stand with a disarming suspicion that it’s all just for laughs. Many are the questions that Lane asks of TST’s members, but none may be more pressing than ‘Do you think more people think you’re kidding, or more people think you’re evil?’