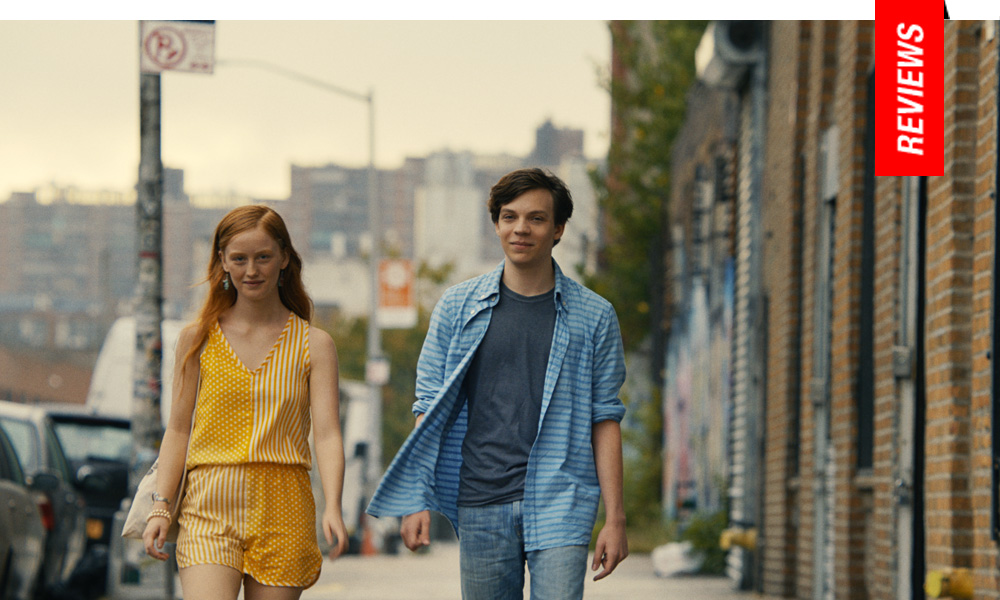 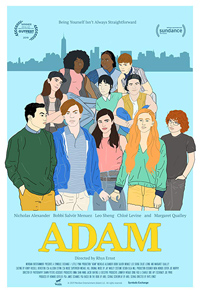 “Lying is stupid and lonely,” says Margaret Qualley, a wearied queer woman towards the end of Rhys Ernst’s debut, Adam, a period piece on trans activism set in 2006 New York. Eloquence, however, is nowhere to be found in this arguably anachronistic exercise which favors a whiny pitch in its attempt to speak truth to power. Well-intentioned and packed to the gills with conversation starters on queer and gender identity defined and hobbled through heteronormative lenses, Ernst (a producer on Amazon’s celebrated series “Transparent”) attempts to launch a coming-of-age romantic comedy built on familiar role reversal revelations through a YA lens.

Adapted from Ariel Schrag’s 2014 novel, this Sundance debuted effort is a hipster glinted indie satire, which stumbles into self-parody. Nicholas Alexander does what he can with a problematic scenario as the titular lead (is it a biblical allusion?), but Schrag’s script hobbles the narrative’s good will, which focuses on a white cis teen who romances Bobbi Salvor Menuez’s Gillian (the film’s only character who isn’t either a shrill mouthpiece or a narcissistic, self-centered sycophant), a slightly older lesbian who mistakes him for a trans man, a stipulation which allows her to contemplate a relationship.

While the film features actual trans representation amongst the cast (including an all-too-brief appearance from “Pose” lead MJ Rodriguez), like many features of its ilk, falls short of its desired empowerment—the role reversal of Adam having to come out about his cis status isn’t unlike archaic 90s narratives, such as Three to Tango (1999), wherein the mistakenly assumed queer identity of Matthew Perry becomes righted in the third act. Likewise, the entry into trans issues via white cis male acknowledgment, tolerance and potential sexual viability of trans bodies may be navigated a bit more deftly than, say, this year’s Port Authority from Danielle Lessovitz, but still misses the mark for all its grandstanding—wherein queer and trans women must be shunted into sequences keeping the heteronormative façade alive for their romantic partners, and, redefine their sexuality for the inclusivity of white cis men rather than the other way around. Likewise, Ernst fails to capture the essence of New York or the substantial malaise of the LGBTQ community in the waning days of the Bush Administration.