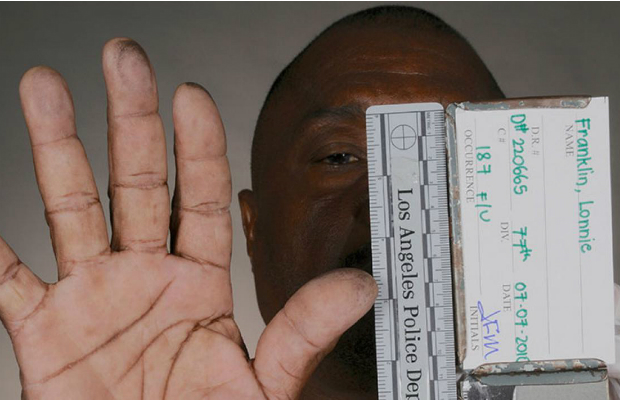 Harkening back to his fascination with the backwoods serial killer of his Aileen films while expanding upon the police corruption found within the Biggie & Tupac murder cases, Tales of the Grim Sleeper sees director Nick Broomfield enter into the poverty stricken war zone that is South Central, conducting his own thorough investigation of the politically repressed Grim Sleeper serial murders, all the while garnering the trust and respect of those closest to the killings, almost all of whom were never spoken to by detectives supposedly on the case. There are a great many themes and ideas that reoccur in Broomfield’s oeuvre – death, deception, systemic corruption, bureaucratic racism, cultures ravaged by destitution – and above all, empathy and trust (or lack of). Once again the provocateur brings these socially paramount discussions to the fore, this time employing the horrors mass murder to reflect the bureaucratic apathy of those entrusted to protect and serve communities ravaged by poverty.

Always appearing on screen with mic in hand and headphones at the ready, the docu-helmer makes no bones about his intentions. He is making a film and he wants to uncover the truth, no matter if it’s veiled in legal shadow or if it’s woven within a culture of don’t ask, don’t tell or if the color of his skin color doesn’t match that of the communities he is most curious about. Broomfield is a tall, white guy with a distinctly British accent – an alien in a neighborhood like South Central, yet his candor and genuine curiosity about everyone he comes into contact with on screen seems to almost instantaneously establish trust within his subjects. Broomfield’s ability to build confidence so quickly is astonishing, but the resulting admissions that follow soon thereafter are nothing short of shocking, tragic and often deeply moving. In several instances, those who at first verbally attack him for merely interacting with neighbors on the street soon find themselves on camera reassessing their own perception of their friend, neighbor and alleged serial killer, Lonnie David Franklin Jr.

Nearly 30 years after the first of what some estimate to be over a hundred murders, LA police finally arrested Lonnie, an ex-garbage man and mechanic with a record of violence and sexual fixation, after his DNA was matched to DNA found at various Grim Sleeper crime scenes throughout his extended run. Though well respected by his community for his financial success and ability to provide for those in need, the husband and father was known by friends and prostitutes to be a bit of a freak, obsessed with taking photos of women in various states of degradation and more often than not, sexually abusing them.

One of the few women that managed to get away unscathed, a motor-mouthed ex-crackhead hooker now four years sober, becomes so fond of Broomfield and his investigative spirit that she takes on the task of tracking down women of the street thought long dead, using her underground connections to reveal just how poor the police investigation actually has been. Digging deeper into LA’s bureaucratic ineptitude, Broomfield speaks with a local group called the Black Coalition Fighting Back Serial Murders whose outspoken female members reflect with eloquent outrage about murder cases gone cold, witnesses never questioned and facts never presented to the neighborhood in which tens of murders had taken place.

Their passionate call to action is but one cry for retribution in a system overwhelmed by poverty and under served by those with the resources to do so. The many woebegotten citizens who actually knew of Lonnie’s sketchy activities obviously felt compelled to withhold such information, whether out of cultural principle or self preservation. The age old idiom, ‘snitches get stitches,’ is very much a real threat in this community (as one sequence so harrowingly depicts) and most of the women who managed to escape the killer were drug addicts or prostitutes, so going to the police was out ot the question. One such escapee explains in a moving teary eyed admission that this wasn’t the life she wanted for herself, but it’s the only one she had. With a terrifying sense of abandonment, Tales of the Grim Sleeper asks us to reevaluate our perception of these impoverished communities while proving again that the overbearing power of law can wreak havoc on the underlying truths within a case. Broomfield’s film shows that real trust and empathy are the keys to eliminating the systematic racism that haunts these streets.