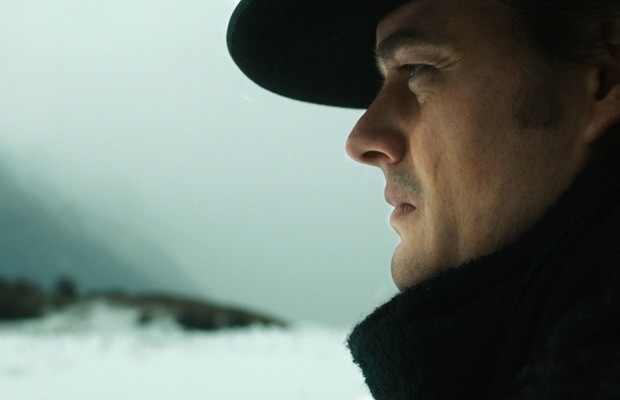 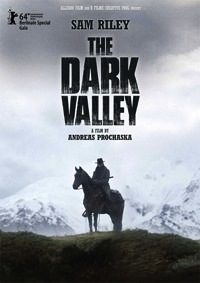 Selected as Austria’s entry for this year’s Foreign Language Oscar submission, The Dark Valley is perhaps director Andreas Prochaska’s most accomplished narrative effort, as he’s generally steeped in television or pulpy genre. His latest, a by-the-numbers Western, captures a rather poetic ambience, even as it manages to neglect both its protagonist and rather garish details that skews the film into horror film territory. UK star Sam Riley headlines the feature to grant it an even more hybridized feel of this adaptation of Thomas Willmann’s novel.

In the late 19th century, a mysterious stranger, Grieder (Riley) rides into an Austrian mountain village. The people are unaccustomed to strangers, isolated high above everyone in the mountains. A photographer, his reasons for staying seem unclear, but he befriends a young woman, Luzi (Paula Beer) and her widowed mother (Carmen Gratl), with whom he lodges. Quickly he learns that the law of the land is the Brenner clan, run by an aging patriarch (Hans-Michael Rehberg). Cruel and miserable, his six adult boys have adopted some strange customs in the region, long standing traditions that happen to be the reason that the American born Grieder has showed up on their doorstep.

Prochaska, who used to serve as editor for Michael Haneke (The Castle; Funny Games; Code Unknown) proves to be adept at creating an arresting tableaux, using anachronistic music quite effectively. But The Dark Valley is hobbled by insistent omniscient narration from supporting character Luzi, who feeds us information at will, such as when Greider goes to confession, and his background is relayed to us in moderated flashback. Reminiscent of a slew of revenge driven vintage American Westerns, one wishes Proschaska and screenwriter Martin Ambrosch had taken more pains to pare down the tale’s crippling spoon-feeding. As Grieder’s past is revealed, (and therefore his motives for vengeance), the present day correlation about to be experienced by Luzi and her groom feels a titch convenient. Likewise, Proschaska spends little time fleshing out the Brenner clan, which could have made for some effective tension. As it stands at nearly two hours, the narrative’s simplicity would have been better served with a less protracted introduction.

As the mysterious stranger, UK actor Sam Riley is initially an interesting accent, but he doesn’t have the screen presence of a Gary Cooper or Clint Eastwood that The Dark Valley is attempting to emulate. His presence should generate a certain amount of additional international interest, even if Proschaska’s determination to keep him brooding and mysterious works rather as a disservice to his performance. Still, Thomas Kiennast’s painterly frames and a moody score from Matthias Weber (assisted by tracks from Streaming Satellites and One Two Three Cheers and a Tiger) create a compelling syncopation of sight and sound in the second half of the film.

Opening with a crime that we’ll come to revisit later in the narrative, The Dark Valley suffers from some cheesy flourishes. “There are things that can never be forgotten,” we’re told amid the screaming violence of the first act—yet we actually do kinda forget what happened as the films moves on after that hubbub. But beyond a pair of beautiful slow motion kill sequences, the best dialogue driven scene involves Riley exacting sweet, sweet vengeance on a greedy old inn keeper, forcing her to choke down a handful of coins.