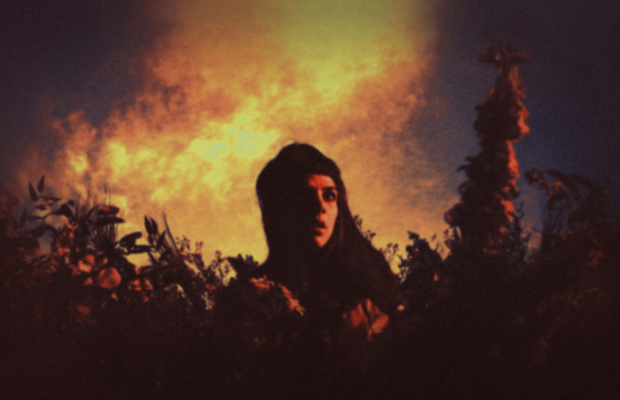 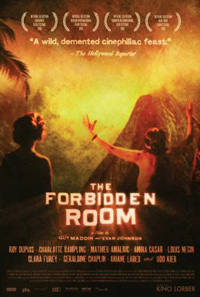 Those familiar with the works of auteur Guy Maddin, sometimes referred to as the Canadian David Lynch, know to expect strange hybrids of silence film techniques mixed with zany weirdness that often reflect delightfully perverse and sometimes queer dynamics mixed in with its dashes of visual inventiveness and extreme narrative playfulness. While he still creates a healthy amount of short film projects and is involved with other installations in-between feature films, including several notable unions with actress Isabella Rossellini, who has starred in The Saddest Music in the World (2003), Keyhole (2011) and as narrator of the brilliant Brand Upon the Brain! (2006), his latest has been in gestation over a period of several years, at one point known as Seances and Spiritismes, and it was uncertain whether this would ever be a theatrical release. Known finally as The Forbidden Room, is a majestic culmination of Maddin’s prowess in silent cinema tropes, a delirious, maddening rabbit hole of rippling nightmares that somehow, inextricably, fashion themselves into a cohesive narrative made up of cascading tangents. With co-director Evan Johnson in tow, this is a masterful, operatic delight of strangeness, and those prone to its magic will find themselves exhilarated.

A portly elder named Marv (Louis Negin), hailing somewhere from circa 1970s judging from his outré robe and garish interior designs, instructs us on the history of bathing, and the importance of doing it correctly, like some remnant of a vintage video manual. But from there, as if a passel of acid tabs got soaked into a book of Grimm’s fairy tales, we descend into an amorphous journey that is part delirious dream part insane nightmare, each gyrating segment birthing a new window to another realm before continually looping back to itself, then rippling into new directions. From Marv, we retreat to a group of men caught in some kind of submarine as their oxygen levels are quickly depleted.

Characters begin receiving title cards with the name of the actual actor as a homage to silent cinema traditions. Negin appears again (he factors into in three additional segments under differing guises, as many of the other cast members are also utilized) amongst the men, devising a way to obtain oxygen through air bubbles in their flapjacks. The surprise entrance of another man, Cesare (Roy Dupuis), who has made it to their vessel from some freshwater realm, momentarily disrupts their search for their Captain as they wander from room to room in the submarine. We disappear into another narrative fissure via Cesare, who becomes the leader of a group of ‘saplingjacks,’ men in a snowy wilderness who have designs to rescue the kidnapped beauty, Margot (Clara Furey), who is captive in a cave, held by a tribe of men known as the Red Wolves.

From there, we disappear into Margot’s dream, wherein she wakes as an amnesiac nightclub singer and we drift into a colleague’s song about a man (Udo Kier) obsessed with derrieres, and inflamed by a whiplashing id personification known as The Master Passion (Geraldine Chaplin), which culminates in the afflicted man’s multiple lobotomies. Meanwhile, the beau of dream version Margot becomes a victim of the Aswang, a Filipino vampire (here referred to as a jungle vampire, whose steps become louder the further they are away from their intended victim).

That’s a mere skeleton of the mad odyssey Maddin has concocted, and he’s created a visual palette that pales in comparison to any words or limiting synopsis that could describe it. Maddin certainly isn’t for all tastes, and those unaccustomed to watching and consuming silent cinema will most likely feel baffled. However, Maddin’s films are not themselves examples of silent cinema, and are, rather, akin to how Peter Greenaway’s films often become moving tapestries of visual innovations, telling stories with enhanced detail that lends the material a ‘handcrafted’ sort of feel. Faces become clouds that become ripples of water that pool back into mutating images, and there’s an agility to The Forbidden Room that marks it with a resplendency sometimes lacking in Maddin’s work (2011’s Keyhole felt very much like an item plucked from the dusty recesses of the director’s brain, a realm that’s been mined to better effect ever since his 1988 debut Tales from the Gimli Hospital).

Featuring a host of Canadian and French actors, including bits from Maddin regular Maria de Medeiros, standouts are Mathieu Amalric, Ariane Labed, Jacques Nolot, Amira Casar, Adele Haenel, Christophe Paou, Slimane Dazi, and the always welcome presence of Geraldine Chaplin and Charlotte Rampling. Best of all Maddin utilizes Udo Kier in no less than five of his insane segments, quite memorably as the depraved man “plagued by bottoms” and as the butler who’s memory is recalled via a farewell homage from his razed moustache hairs. The Forbidden Room plays like Kafka through a kaleidoscope, a nightmare fantasy of symphonic proportion, reflecting Maddin’s endlessly beautiful weirdness. As one character cries out prior to a fantastical montage of unforgettable climaxes, the film is indeed a conglomeration of visions, dreams, and madness.