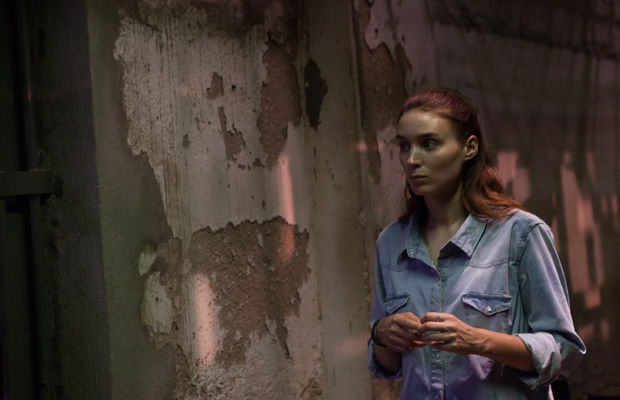 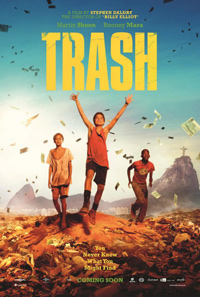 The muted reception behind the latest film from thrice Oscar nominated director Stephen Daldry seems curious, as the Brazilian set Trash, based on an acclaimed 2010 YA novel by Andy Mulligan, often doesn’t belie the nature of its origins. Sure, it seems somewhat like a bid to follow in the footsteps of fellow Brit Danny Boyle’s third world set and critically acclaimed 2008 film Slumdog Millionaire, at least in its rather even keel balance of miserabilism and hopeful yearning, but this audience friendly fodder seems like a victim of underwhelming marketing.

Premiering at the end of 2014 at the Rio de Janeiro Film Festival, the title gets a bit of added validity thanks to a co-directing credit for first-timer Christian Duurvoort (previously a coach, trainer and actor on several productions by Fernando Meirelles) and actually features the native language of the region (unlike the blatant use of English in the German set The Reader, 2008). Nicely packaged and assembled, the film has a familiar mix of tense, righteous indignation, replete with a couple notable white faces to draw in an art-house crowd. Yet it’s utterly lacking in surprise, other than a notable threat of violence often kept at bay in these types of depictions, especially ones involving children.

Three young, homeless boys in the slums of Rio de Janeiro spend their days picking through trash in a landfill, a common occupation for young kids in their circumstances. Rafael (Rickson Tevis) is best friends with Gardo (Eduardo Luis) and gladly shares the money he finds stuffed into a wallet that once belonged to Jose Angelo (Wagner Moura), which contains several curious items. Not long after discovering it, police show up, and a menacing cop, Frederico (Selton Mello) offers a suspicious reward for the discovery of an innocent little wallet. Rafael involves fellow trash picker Rato (Gabriel Weinstein) in on their scheme, hoping his friend’s significant street smarts can lead to information as to why the police are so intent on finding this wallet. But as pressure intensifies and Frederico suspects Gardo and Rafael, the boys are forced to turn to two American missionaries for assistance, Father Julliard (Martin Sheen) and his assistant Olivia (Rooney Mara).

Thankfully, Daldry keeps the focus on his three young leads, and considerable empathy is built around the performances of Tevis, Luis, and Weinstein. But lead protagonist Rafael becomes a bit of a broken record, eventually reduced to a saintly, religious mouthpiece. His cohorts are a little more churlish and rough around the edges, with foul language and violence going a long way to making Daldry’s portrait believable.

The notable white actors, like Rooney Mara and Martin Sheen have little do other than some earnest handwringing, sympathetic but ineffectual witnesses to the degradation they’re committed to lessening. Famous Brazilian star Wagner Moura (currently portraying Pablo Escobar in the Netflix series “Narcos”) is a run-of-the-mill martyr—we never get a sense of why his Jose Angelo suddenly decides to do the right thing. The mysterious figure of his daughter pops up like a phantom, and it takes a minute to register she’s more than a mere hallucination of Rafael’s.

Selton Mello’s villainous cop is borderline cheeseball, while the corrupt politician at the center of all this pops up to bark resoundingly pointed and typical orders to his subordinates (“this can’t happen, not during my election,” etc., etc.). Part of the film’s dramatic flaccidity is due to Richard Curtis’ screenplay, a writer who can’t seem to help but focus on the more saccharine interactions between characters (not surprising considering his resume of ultra-famous rom-coms includes Four Weddings and a Funeral and Notting Hill, not to mention his own directorial efforts, like About Time).

Once again, Daldry returns to conflicted themes involving imperiled children, though these ghettoized youths are a far cry from Billy Elliott (2000) or the melancholic preadolescent of Extremely Loud and Incredibly Close (2011). An interesting if altogether unremarkable addition to Daldry’s filmography, Trash at least avoids anesthetizing itself as completely pandering.