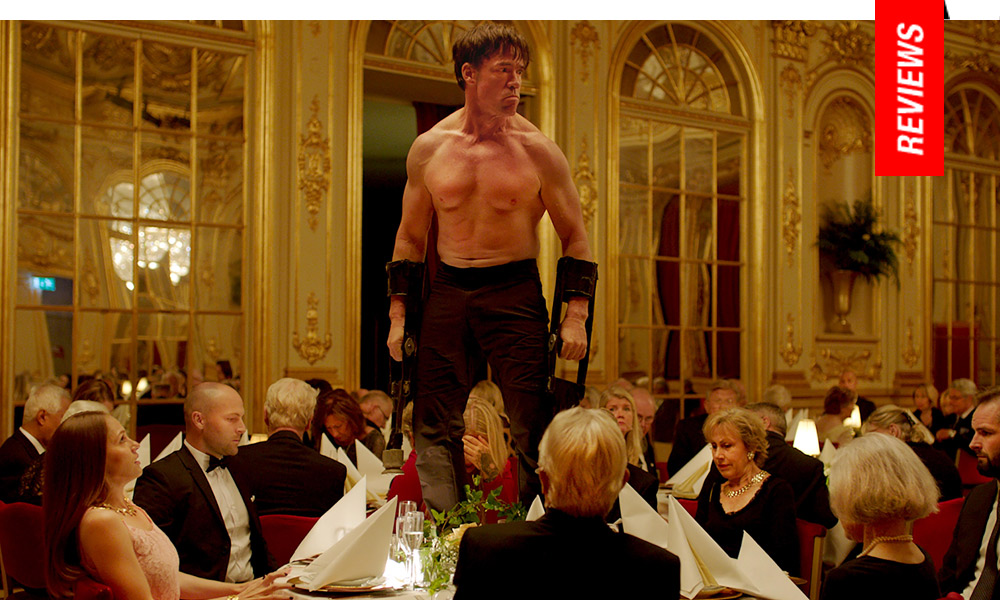 Adding to a body of work which comically and obsessively examines the underbelly of human desires and exposing the superficiality of collective social mores, Ruben Ostlund hits a new zenith with the exceptionally funny, astutely layered The Square (not to be confused with Nash Edgerton’s 2008 neo noir). Focusing on the head curator of a swank Swedish museum, Ostlund amusingly compounds the rippling consequences of one man’s actions as they reveal classist tendencies and troublingly oblivious patterns inherent in the patriarchal tendencies associated with white male privilege. From the director who broke out with 2011’s austere portrait of bullying in Play, and some hard truths faced by a vacationing couple in 2014’s equally droll Force Majeure, Ostlund latest satire is as formidably funny as it is a harsh condemnation of estranged humanity.

Christian (Claes Bang) is the noted head curator of a contemporary art museum in Sweden. A divorced father of two, his next big project, an installation called The Square, which is a unique invitation for audiences to examine altruism, is on the eve of its launch. When his wallet and phone are stolen during a complex con one morning, Christian’s irresponsible response proves to have far reaching effects. Meanwhile, the PR campaign for the installation ends in a disastrous media nightmare, also partially due to the curator’s ongoing personal dilemma.

Appropriate behavior is the underlying basis for every interaction in The Square, and the resultant effects when those rules are violated. From how audiences are supposed to behave, exemplified by a man suffering from Tourette’s testing the limits of propriety during an interview, how children behave at home, or the acceptable gestures following consensual sex with a stranger (a hilarious sequence with Elisabeth Moss as a journalist who keeps a pet chimp in her apartment and has possible devious designs for Christian), The Square is all about human selfishness overriding the desire to do the right thing. The central conceit, the titular installation piece, is a raging metaphor on the notion of altruism, but even the package designed to generate interest for it results in a catch-22 for Christian, designated as the scapegoat by the establishment and skewered by the media for declining to state his own individual take on the dilemma.

Visually, The Square is designed as a compounded infrastructure of characters trapped in their own boxes, from a telling portrait of squares within squares at Christian’s apartment, and multiple birds’ eyes perspectives of stairways in the apartment buildings signifying the private boxes humans also reside within physically. But certain misbehaviors are compounded by social distinction as well, for its Christian’s illogical and inane way of handling conflict which actually seals his fate, both in how he attempts to threaten a thief into returning to him stolen goods, and how he refuses to apologize to someone whose accusations have brought considerable grief.

Besides Moss, Ostlund leads us into two more exquisite crescendos, one being a benefit gala designed to make the guests uncomfortable by a performance artist recreating the alpha mentality of primates (which is, of course, another example in taking a hypothetical situation too far, played to the hilt by Terry Notary), and a strenuous face-off between Christian and a child within his apartment building.

At the fore of Ostlund’s foray into the notion of the Good Samaritan is a winning Claes Bang as the confounded curator (even his name is a forced allusion to the concept of what constitutes “a good man”), who manages to make the protagonist a likeably flawed individual, at least capable of redemption. But his meager attempts at altruism and atonement are marred at every turn, for the reciprocation necessary for the success of these interactions is always compromised—it is a cutting depiction of proscribed expectations expected from those in need and the lack of patience for any sort of divergent behaviors from these norms.

It is a film both frustrating and jocular, as well as stimulating and astute as it explores our attitudes of appropriateness and how pushing boundaries can have terrifyingly restrictive effects on the collective consensus of good taste and what’s considered the politically correct. And Ostlund’s The Square succeeds in achieving the manifesto desired by the installation in this barbed glance at humanity’s own warped reflection of itself and our responsibility for treating one another equally in the larger finite box we’re all participants of.