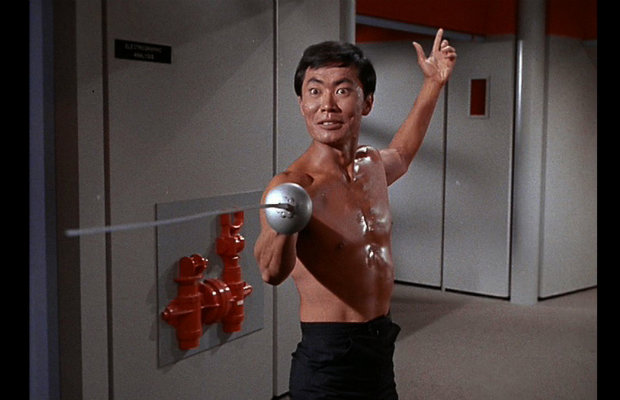 Living Long and Prospering: Kroot Recounts the Star’s Trek From Internment to the Internet 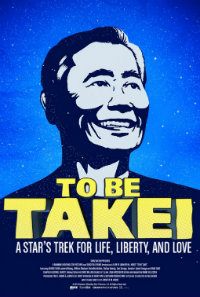 Thanks to his witty and sincere presence on various social media platforms, George Takei has been born again as a sort of cyber celebrity whose meme-esque social commentary has become an internet staple, despite the loss of translation of his singular silky smooth baritone voice into jpgs and text. With To Be Takei, director Jennifer M. Kroot compounds the actor’s life and career into a 94 minute portrait of virtuous celebrity, glorifying the man’s faith in humanity while reluctant to give any real critique of his public or private persona.

You are either a Trekkie or some kind of sci-fi derelict, but either way it’s likely you are familiar with the USS Enterprise’s original Commander Sulu, known to the Star Trek illiterate, the LBGT community and the internet at large simply as Takei. At the ripe age of 77, the actor continues to ride the waves of success cast by the cult of the sixties television series, but he’s still not resting on his laurels nor forgotten the horrifying Japanese-American internment camps he and his family were forced to occupy during World War II. Shortly after the original series run concluded, he became active in politics, and since coming out in 2005, has become a major public proponent for the rights of gay individuals.

Following Takei and his beloved partner of over 25 years and now husband, Brad Altman, Kroot’s lens reveals the pair to be a cute old couple, wholly appreciative of one another’s company and affection, and yet casually bickering before the camera, knowingly aware of each other’s pet-peeves. Humorously, their nonchalance bleeds into their cognizance of the camera. As an unseasoned public figure, Altman especially seems apprehensive, apologizing during interviews and cracking jokes about how to act at any given moment, not afraid that he will look vain or foolish, but that his answers and adventures will not be dramatic enough for narrative cinema.

Equally aware that she’s documenting the life of a celebrity couple, Kroot has keenly included these self-conscious quips to paint a more realistic portrait of her subject. Like Takei himself, Kroot’s efforts are noble and often funny, but the film ends up being more of a loving promotional puff piece than a raw characterization, touching occasionally on the man’s struggles of racial discrimination and the emotional suppression that comes with withholding the truth about one’s homosexuality, yet rarely feeling particularly profound in its sincerity in dealing with these travails.

Using chopped up footage of the same rehearsed story from Takei’s upbringing of when he was unjustly sent by the US Government to the Japanese-American internment camps in the wake of the attack on Pearl Harbor, Kroot rightly garners our sympathy for the man who, despite this horrendous experience, has remained unwaveringly hopeful about not only his place in the world as a performer and promoter of human rights, but that those who’ve done wrong in the world can change and atone for their wrongdoings. This story, while critical to Takei’s character within the film, ends up more of a contextual springboard in highlighting the man’s latest project, Allegiance, an off-Broadway musical that re-stages his and his parents’ time in the camps. Though it’s pertinent, it’s placement within the film feels more promotional than purposeful.

Kroot’s film works best when it’s focusing on Takei’s time tested relationship with Altman. Thankfully, much of the film’s duration is spent with them as a couple, out and about, chatting and relaxing, at convention appearances and political lectures where Brad doubles as George’s business manager, as well as in extensive interviews where they speak openly about their long secret relationship, as well as their love for each other’s mothers, both now departed and having cared for them resolutely in their time of need as age began to have its way with them.

The couple even decides to bring Kroot along to the Mogollon Rim to share the emotional experience of dispersing his mother’s ashes to the wind. The moment is touching, slightly awkward and off-handedly funny as Takei let’s a comment slide about getting Altman’s mother all over themselves. It’s guileless moments like these that balance Kroot’s somewhat irritatingly endless praise of the performer’s admirable political advances. So, what is is like To Be Takei? There seems to be some repressed emotional turmoil still hiding behind that toothy grin, but all said and done, Commander Sulu seems to be doing quite well.