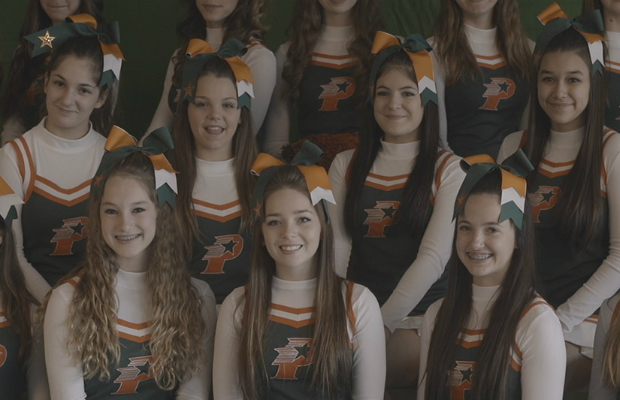 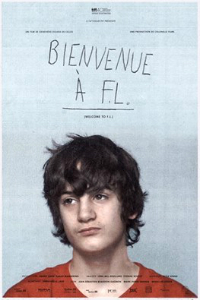 Following last year’s Sundance award-winning selected fictional short La Coupe, Geneviève Dulude-De Celles makes her feature debut splash in the non-fiction form with a film that draws on the stylistic virtues of Errol Morris, the woozy observational lyricism found in Rich Hill and the intimacy and eclecticism on display in Tinatin Gurchiani’s The Machine Which Makes Everything Disappear. And despite all the subconscious cinema quoting, the Quebec helmer’s portrait of Sorel-Tracy’s middle class high school encapsulated within Welcome to F.L. is of its own unique fibre full of color, meaning, beauty and emotion.

Ten years after graduating, Dulude-De Celles returned to her alma mater with the intention of making a film about bullying, but once she embarked on the project she realized that the topic of the teenage experience is much more rich and heartrending, a metamorphosis made for the screen. Thus began a four month shoot that saw her follow a student led photography project in which the pupils shoot portraits of one another and the resulting images would be blown up and wheat pasted to the facade of the school in an act of publicized personal pride, a perfect narrative arc to follow along the filmmaker’s own exploration of teenage self expression and personal autonomy.

Much like Gurchiani’s film, which Dulude-De Celles coincidentally discovered during her shoot, Welcome to F.L. alternates between to-camera interviews with a handful of kids and observational footage of them in their daily lives, hanging out at home or, in one exceptional case, scaling buildings in the search for the perfect view of the sunset. Interviewees astutely speak with affable authenticity about how they see themselves in relation to their school and classmates, what they believe they are gleaning from their education and what they hope to be once graduation has come and gone – each one imagining a fulfilling life of freedom, with a career in place and a family on the horizon.

Careful to never settle on a single subject for too long, the film, like teenagers themselves, thrives in fleeting moments of introspective clarity. Dulude-De Celles accentuates their intimate perceptions about their place in the world and the changes they are going through by taking to the hallways and classrooms with camera in hand, frequently slowing down actions to allow us to zero in on the subtle, non-verbal exchanges between classmates. Conscious or not, these facial expressions caught in temporal expansion are telling of the infinitely shifting relationships between these growing, hormonally stoked bodies. What intimacy hides suspended between teens stuck within their self elected social bubbles?

Many of these kids admit to feeling like outsiders in their school of over a thousand kids, but removed from the group in the safety of solitude, most of them share common creative interests, whether in music, movie making, radio DJing, etc. Being a teenager inherently means one is developing one’s own opinions about who they are as a person and the world around them, yet it’s rare for teens to be given a platform to speak openly about such things, much less deliberately asked about them.

With an open heart, a quiet mind, and an eye for the nuances ingrained in the high school experience, Welcome to F.L. gives these teens a chance to convey honestly how it feels to be of Generation Z and wields beautiful, poignant results about coming of age in today’s byzantine world.