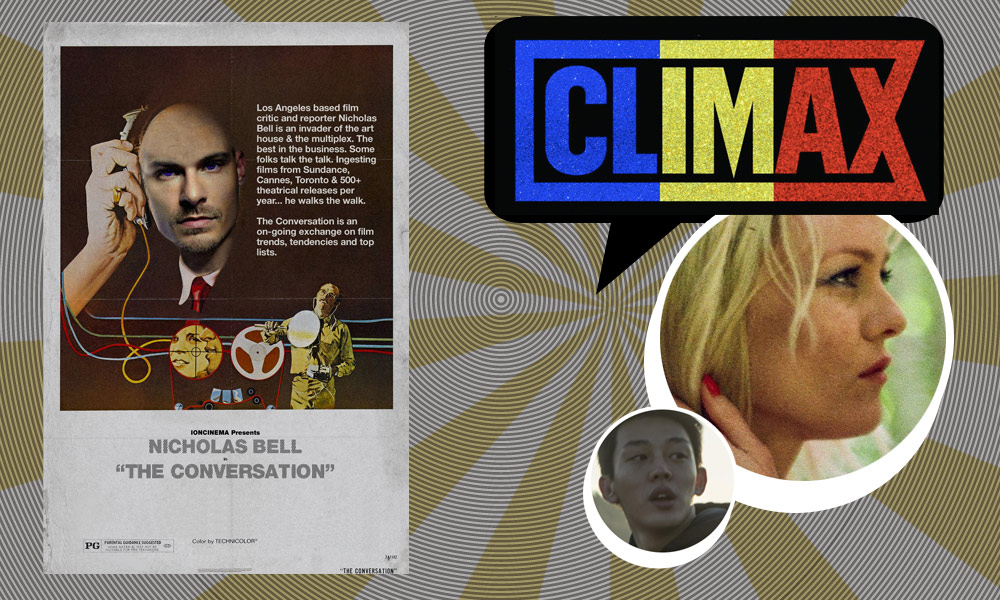 Time will surely tell if Cannes 2018 is as truly daring as it thinks its competition line-up is, sporting nine directors (nearly half of the competitors) who will vie for the Palme d’Or for the first time. With eleven returning filmmakers (Farhadi, Rohrwacher, Honore, Brize, Zhangke, Chang-dong, Lee, Garrone, Godard, Panahi, Koreeda) and one previous Palme winner (Ceylan), the stage seems set for the creation of some newly minted Cannes royalty. While bitter resentments hang in the air regarding certain absent heavy-hitters (nothing new there) and Netflix broods about its standoff with the festival, here’s a glance at this attendee’s most anticipated offerings on the Croisette.

#10. The House That Jack Built – Dir. Lars Von Trier
Granted an out-of-competition slot despite some jockeying back and forth, Lars Von Trier will end his Cannes exile following his untoward behavior at the 2011 edition of the festival. Plagued by controversy over the past year due to allegations of misconduct, the non-comp slot might be a blessing in disguise considering Von Trier’s subject matter (in one of his few offerings built around a male protagonist).

#8. In My Room – Dir. Ulrich Kohler
Kohler makes his Cannes debut with In My Room, which is programmed in Un Certain Regard, and sounds like something of a satire concerning a man who suddenly realizes everyone has disappeared around him. Kohler’s last feature, 2011’s Sleeping Sickness, nabbed him Best Director out of Berlin, and he happens to be married to none other than Toni Erdmann’s Maren Ade (who serves as co-producer here).

#7. (Tie) Donbass – Dir. Sergei Loznitsa & Leto – Dir. Kirill Serebrennikov
Donbass is Ukrainian director Sergei Loznitsa’s fourth narrative feature to premiere at Cannes, but the first not to play in competition (this year he has the distinction of opening Un Certain Regard). His latest conveys a hybrid war which took place in the Donbass region in Eastern Ukraine.

After his 2016 title The Student premiered in Un Certain Regard, Russian director Kirill Serebrennikov makes the leap to competition while he remains under house arrest. Set in 1981 Leningrad, Leto (aka Summer) charts the underground rock scene of the era through a love triangle involving musician Viktor Tsoi.

#6. Under the Silver Lake – David Robert Mitchell
One of the two Americans in comp this year (the other being Spike Lee), David Robert Mitchell’s third film, to be distributed a month later via A24, looks to be a continuation of the promise shown in his 2014 sophomore title It Follows (which played Critics’ Week) in this sun-drenched Los Angeles neo-noir.

#5. Fugue – Dir. Agnieszka Smoczynska
Polish director Agnieszka Smoczynska, whose 2016 debut The Lure, a vibrant 1980s-set musical about two murderous mermaid sisters, returns with Fugue, which will compete in Critics’ Week. Her latest promises to be equally singular, focusing on a woman recovering from memory loss who attempts to resume her position as wife and mother only to find her loved ones don’t seem to recognize her.

#4. Sorry Angel – Dir. Christophe Honore
It’s been a tumultuous decade for Honore, a formidable new voice in French cinema in the 2000s thanks to his 2007 cult favorite, Love Songs, which broke him into the Cannes competition. Upon following that up with another poppy musical, 2011’s Beloved, which closed the Cannes Film Festival, Honore embarked on an unpredictable tour of more experimental, small scale ventures, including the novel adaptation of Ovid’s Metamorphoses (2014). He’s back with Sorry Angel, what’s described as a bittersweet romance which stars Pierre Deladonchamps and Vincent Lacoste.

#3. Burning – Dir. Lee Chang-dong
Ending his eight year hiatus since 2010’s Poetry, South Korean auteur Lee Chang-dong is back with Burning, what’s described as a mysterious thriller involving an incident which connects three twentysomethings. For those familiar with Chang-dong’s limited but phenomenal resume (including the 2007 masterpiece Secret Sunshine), this is a highly anticipated return.

#1. Climax – Dir. Gaspar Noe
And who isn’t thrilled to hear of a new Gaspar Noe title? While his latest wasn’t anticipated as being completed until later in 2018, his fifth feature, Climax, will be premiering in the Directors’ Fortnight (his 1998 debut I Stand Alone was in Critics’ Week, 2001’s Irreversible and 2009’s Enter the Void were both infamous comp entries, and 2015’s Love was a Midnight Screening). His latest, which is his first French language title since Irreversible, promises to be a return to his specific brand of gonzo madness as it concerns a dance troupe partying in the middle of the woods who are overcome by a strange madness after dipping into some sangria.