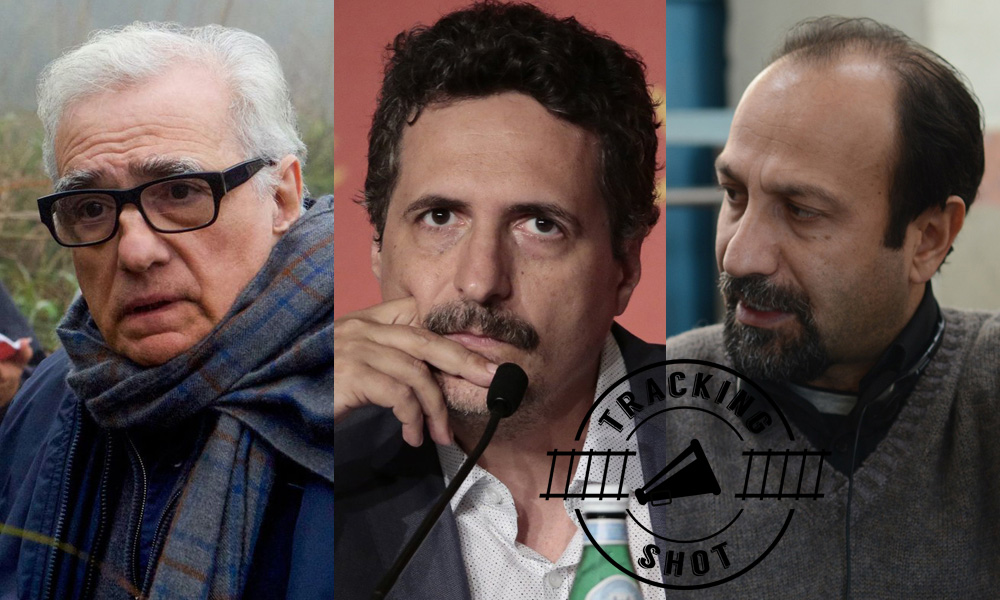 “Tracking Shot” is a top of month featurette here on IONCINEMA.com that looks at the projects that are moments away from lensing. With summer in it’s last month, several productions are in wrap up mode, or in this case getting ready to shoot.

Here are a dozen films going into production this month that are worth tracking this August.

Shooting this August (or possibly very early in September) Martin Scorsese‘s The Irishman – the $100-million gangster movie metric friendly cast of De Niro, Pacino, Pesci and Keitel. Filming with take place in NYC and in Florida. Kleber Mendonça Filho and Juliano Dornelles (who has worked mostly as a production designer) are finally getting Bacurau out of the gates – while no mention has been made on a cast, this dramatic horror film about a documentary filmmaker who travels to a remote Brazilian village should be ready for Cannes next year. Another probable Cannes entry if lensing begins shortly (September has also been mentioned as a start date), is the untitled psychological thriller by Oscar-winning Asghar Farhadi.

Curiosity projects filming in August in North America include actor Christoph Waltz making his directorial debut Georgetown – he’ll star in alongside Vanessa Redgrave. A black comedy that has been in the works for quite some time, the Jim Rash / Nat Faxon project The Heart should finally begin filming inSavannah with Sam Rockwell and Kristin Wiig. Another item that has had trouble getting out of the starting gate is Triple Frontier. Directed by JC Chandor, the Netflix is still confirming its star cast, but the long awaited thriller is set on the notorious border zone between Paraguay, Argentina and Brazil where the Iguazu and Parana rivers converge.

Mikhael Hers begins filming his third feature film — Amanda is about a filmmaker who decides to travel to a village in the interior of Brazil to make a documentary. Claire Burger will be going solo for her sophomore picture, C’est ça l’amour. After winning the Camera d’Or in Cannes for the Un Certain Regard selected Party Girl, she lassoed Bouli Lanners and Justine Lacroix for a tale about a torn family. Valeria Bruni Tedeschi begins filming her fourth pic (Les estivants) and takes the lead role in what is a Côte d’Azur set, post break-up drama with a formidable cast. Finally, a hot director (Sebastian Schipper won over a lot of critics with his single take Victoria – read our review) teams with a hot thesp in Fionn Whitehead (Dunkirk) for Caravan – about a rebellious teen who steals a campervan from his stepdad and drives from a resort in Morocco to find his real father in France.

Workshopped at the Sundance labs, Adewale Akinnuoye-Agbaje‘s directorial debut (Farming) is based on his own autobiographical story – growing up fostered by a white working-class family in the UK. Ben Wheatley will be filming his action thriller Freakshift with actress Alicia Vikander and Armie Hammer in London. This is about monster hunting.