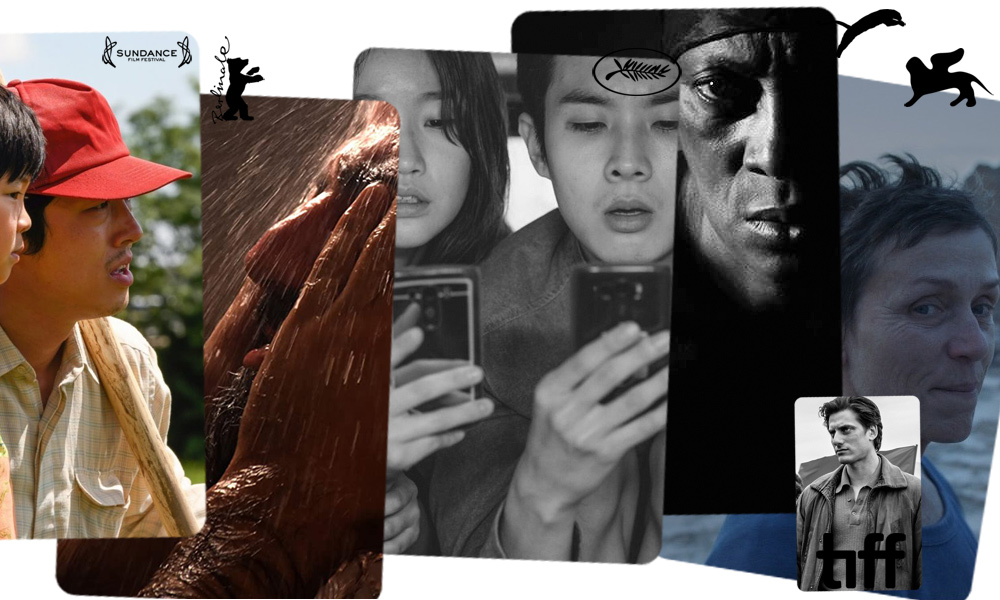 You BETcha!: Nomadland is the Odds on Favorite for the 2020 Venice Film Festival’s Golden Lion

With Cannes offering up a hypothetical edition and the Karlovy Varys and Locarnos conducting some form of film community outreach, the COVID-19 pandemic might have decimated a large swath of 2020’s film festival calendar but the 77th edition of the Venice Film Festival becomes the first prestige film event to roll out the red carpets. Sure this year’s Lido is void of studio tentpoles, Netflix’s red-carpet output and American awards-friendly projects, but apart from certain physical measures and protocols but in place, the lineup nonetheless offers some high profile international titles worth salivating over and at the same time festival topper Alberto Barbera’s edition becomes a litmus test for how head honchos reshape, reconfigure and rethink their future editions for the foreseeable future.

A mostly European fare and female-centric edition (with a new record of 8 female directors competing for the Golden Lion) the prizing will be the homework assignment of Jury President Cate Blanchett who performed simular duties just few years back in Cannes where Kore-eda’s Shoplifters landed the Palme d’Or. She’ll hold the gavel for a septet group that includes three filmmakers in Joanna Hogg, Christian Petzold, and Veronika Franz alongside Ludivine Sagnier, Italian author Nicola Lagioia and Matt Dillon (who replaced Cristi Puiu).

The line-up is no different from previous years in terms of “experience behind the camera” we have some fresh faces and old school profs attending. Making a return to Venice, is the presence of Iran’s Majid Majdi (Children of Heaven & Bataan) who returns after more than decade with Sun Children and judging by the film’s byline we figure might place among the top contenders for the top prize especially with the overdue recognition that’s eluded him so far.

Another cherry pick for the top might be Hungarian Kornel Mundruczo from White God fame who makes his English language debut with Pieces of a Woman. After being invited to Cannes several times over, the Blue Valentine coined drama starring Shia LaBeouf and Vanessa Kirby got a seal of approval by none other than Martin Scorsese.

And finally, with a simultaneous major four film festival premiere that includes Telluride (in Los Angeles), NYFF and TIFF, the Fox Searchlight showcase of Chloe Zhao’s Nomadland will make waves just before the festival comes to an end with the critical reaction to be offered on September 11th. My thoroughbred pick for the Golden Lion features a Frances McDormand in a backdrop of the economic relatives facing plenty of Americans and especially timely of topic with so much people hurting during this pandemic. Likely to be frontrunners in the conversation we’ll also be keeping an eye on Mexico’s Michel Franco, Berlin Golden Bear winner Jasmila Zbanic, Italy’s own Gianfranco Rosi with another potent documentary ready to shake our foundations.

IONCINEMA.com's award guru Yama Rahimi is a San Francisco-based Afghan-American artist and filmmaker. Apart from being a contributing special feature writer for the site, he directed the short films Object of Affection ('03), Chori Foroosh ('06) and the feature length documentary film Afghanistan ('10). His top three of 2019 include: Bong Joon-ho's Parasite, Todd Phillips' Joker and Robert Eggers' The Lighthouse.

More in You Betcha!