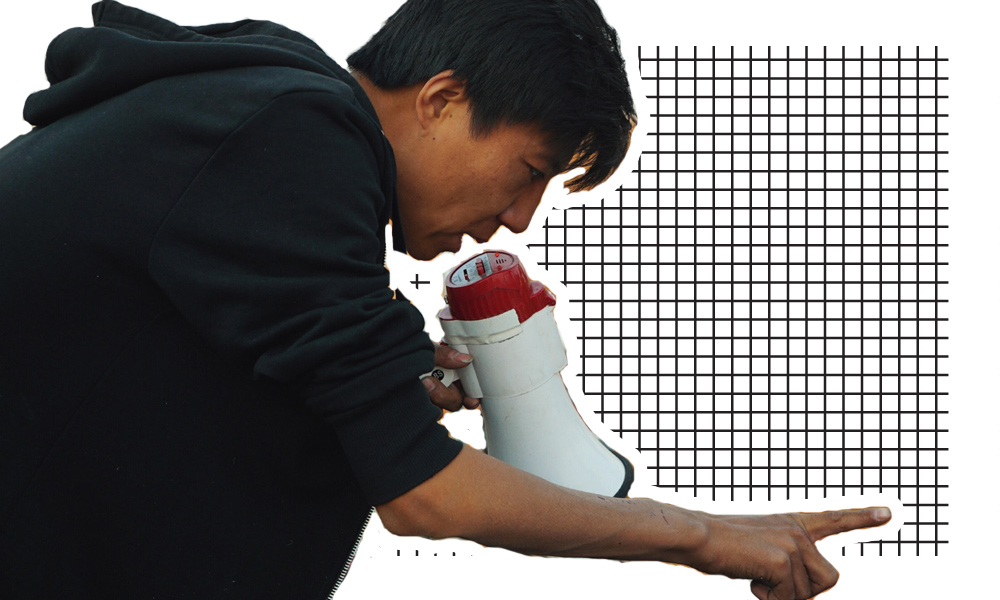 Before first-time Chinese filmmaker Sun Aoqian became a ravenous student of cinema, he was born to a family of farmers. Much of his childhood was spent streaming all the foreign films he could find. Now, at long last, his winsome debut feature, Over The Sea, has premiered internationally at Busan IFF and nationally at PYIFF in the Best of Fest section. Because Aoqian was only in town for a heartbeat, I interviewed him via email after the festival.

Over the Sea is a delight, and child star Yu Kunjie a gleeful revelation. Bounding through his gritty provincial playground, Yu shines as Xiaojie, an avatar for childlike exuberance—laughing, goofing, making trouble. Director Aoqian and cinematographer Zhou Cong follow him with affectionate precision: their roving camera floats, weaves and hovers, gliding over slate roofs, through crowded kitchens and deep into the hulls of rusted ships. We share Xiaojie’s thrill as he descends a dark passageway, protecting himself with a make-believe sword.

A truly impressive first feature, Over The Sea is imbued with a visual confidence that honors youthful abandon—and more. Through Xiaojie’s loss of innocence, Sun Aoqian and co-writer An Jier deliver a subtle commentary on modern China. Not to mention a window on the director’s own upbringing. Most interesting is how the filmmaker channeled his young actor’s performance by living with him for almost a year … and writing the script for him without ever letting him see it!

Over The Sea is both joyous and funny, recalling Truffaut’s The 400 Blows, and the jubilant defiance of childhood in the face of adult disillusion. It also recalls Truffaut’s bittersweet ending: how a child who has learned to mask pain finally reaches the cusp of adulthood. Xiaojie and Doinel have a lot in common. 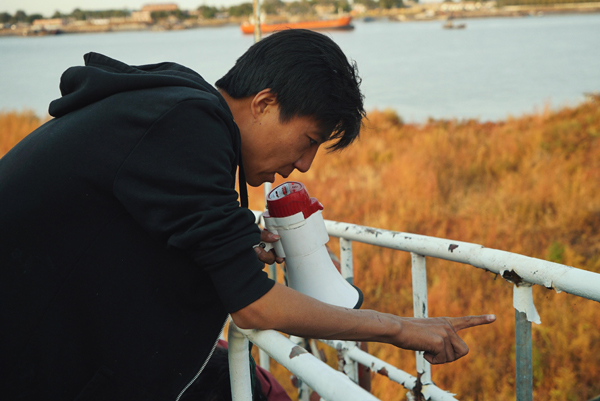 Dylan Kai Dempsey: What was your original inspiration for and personal stake in this project?
Sun Aoqian: Every year, there are several outstanding movies about childhood from China, which impresses both domestic and overseas audiences. I personally like these movies very much and am deeply touched by them. However, I found that most of the movies that follow young protagonists of ethnic minorities still follow the realistic line of traditional Iranian style, and those portraits are basically cute, sensible, lovely and moving. This is not exactly what I’ve encountered with the children I’ve come into contact with. I sincerely wanted to present another image of childhood: an underdog from northeast China, left at the junction of urban and rural areas, fierce and untamed, sophisticated and slick, but staying with the common nature, pure and yearning for the future.

Fortunately, in my hometown, I found a child who perfectly matched the role —Yu Kunjie. He is not a professional actor, so this is also his debut. Yu was the determining factor for me to finalize this movie. I was born in Yingkou, Liaoning Province, China, a coastal city where the movie was shot. The actor who plays the uncle in the movie is my own uncle, the inn is his own house makes himself a living. I have lived there for a long time since I was a child. I am familiar with the various passers-by, space environment and life details. For example, drawing water, cleaning the toilet, brushing the car, steaming steamed buns, grilling, peeling shrimp and other moments of life are all in my memory. I am very willing to share them with my audience.

Dempsey: This film is very visually-assured for a first feature. How did you establish the film’s distinct visual language?
Aoqian: Because the protagonist of this film is a child, all the viewpoints are also based his POV. The world of children is colorful and impassioned. Even during difficult moments of our childhood, those memories must be filled with colors. Nevertheless, many natural sceneries and buildings in northeast China give off an oil painting texture, along with particularity of magic elements in the movie it made for an overall look that is presented with strong colors. The tone of this movie is divided into two parts, the first half is warm and bright, presenting Xiaojie’s romantic childhood. The second half is cold and gloomy, emphasizing the cruel reality that changes around Xiaojie gradually. Romance and cruelty could co-exist like how yellow and blue illuminate each other. In particular, I would like to mention my cinematographer Zhou Cong and the art director Zhao Mingsheng. They have their corresponding aesthetic accomplishment. Our tastes are similar, and many ideas hit it off together to present the current visual language. 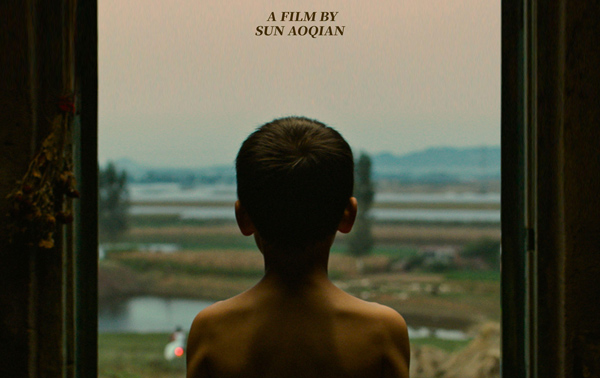 Dempsey: Can you talk about making a movie from an 11-year-old’s perspective? Both in terms of storytelling, and directing a young actor?
Aoqian: As mentioned earlier, the film’s basis is entirely from the child’s POV, even what I want to express is the child’s own state of life, showing his growth within a few days from the child’s perspective instead of an isolated event. Basically, I intended to dramatize the plot through certain breaks and beats to restore the world of children. They’re accustomed to have limited attention to the circumstance, and rebuild their imagination in the mind about fragmented information with passive response. In order to capture the original life details of the role, I lived with the little actor for nearly a year before shooting, which is very helpful for strengthen my understanding of him and the character as well and then put them in the story naturally. It’s worth mentioning that I never read the script for our little actor. Instead of guiding him in the basics, I retell the story of a certain paragraph for him without rehearsing specific lines before we shoot directly. He instinctively enters the situation, and what’s interesting is that what he says and what he does is more than 90% match of what we wrote in advance. He’s not acting, he’s just playing himself.

Dempsey: How has making this movie influenced what you might do in the future?
Aoqian: This is my first feature. Many concepts and aesthetic basis are forming gradually from it. Of course, there are still many immature aspects in this work, but it’s incredibly rewarding for me. I think making movies is like a process of seeking answers about the world, life and art. Thanks to Over the Sea, I found some answers that will inform my future creations. For the answers to other questions, I need to look for them afterwards by forming my own complete concept of art eventually. It is my pleasure to meet many talented filmmakers. I hope we can work together to create more works in the future.

[Editor’s note: some responses were edited for better clarity.]