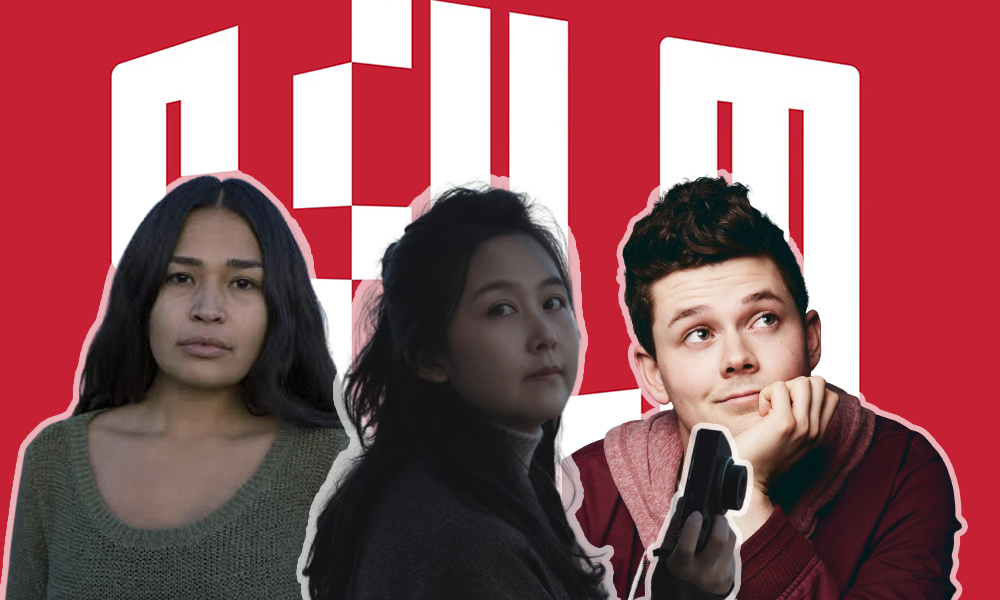 If you are looking for some future truly independent films in the coming years (especially future Sundance selections) just keep an eye out for the scribes, producers and film titles mentioned in the eighteen projects advanced here by the Kenneth Rainin Foundation. Sharing coin totalling $450,000, we have some familiar names in Blindspotting‘s Carlos López Estrada, actress Morningstar Angeline (part of our Sundance Trading Cards series), Matthew Puccini and recent 2022 Sundance Institute Directors and Screenwriters Labs folks in Yuan Yuan (Late Spring) and Hasan Hadi (The President’s Cake). you’ll benefit from the SFFILM Rainin Grant coin.

1791
Stefani Saintonge, writer/director/producer; Sebastien Denis, writer/director/producer—$25,000 for development
It’s August 1791 in French-owned Saint-Domingue—the most profitable colony in the world. A collective of enslaved workers meet in secret to plot a revolt. As the yoke of slavery takes its toll, a coerced confession reveals their plan, forcing everyone into action. This sparks the Haitian revolution and the beginning of the end of slavery.

Dìdi (弟弟)
Sean Wang, writer/director/producer; Carlos López Estrada, producer; Kelly Marie Tran, producer—$25,000 for development
Fremont, CA. 2008. In the last month of summer before high school begins, an impressionable 13-year-old Taiwanese American boy learns what his family can’t teach him: how to skate, how to flirt and how to love your mom.

Dreaming of Lions
Paolo Marinou-Blanco, writer/director—$25,000 for screenwriting
A dark surreal & satirical comedy about euthanasia. Gilda and Amadeu meet at an underground organization that claims to help the terminally ill kill themselves painlessly for a fee, as they try to bypass the fact euthanasia is illegal. But when they discover the workshop is just a money-making scam, they take matters into their own hands and go on a wild surreal adventure to finalize their plans, falling in love along the way.

From Honey to Ashes
Emily Cohen Ibañez, writer—$25,000 for screenwriting
In this psychological drama, an act of gun violence strikes a married couple in California’s Central Valley, resulting in a ripple effect involving a widow, a nanny, an unhoused woman, a high school senior, and a young gang member. The microcosm of these women’s intersecting lives play out against the backdrop of a dying monarch population, an unprecedented heat wave, and a magical force that binds them in a world on the brink of collapse.

In My Father’s House
Abbesi Akhamie, writer/director—$25,000 for screenwriting
In My Father’s House follows Anna (nee Anike), a disillusioned millennial battling grief after the unexpected loss of her mother. She arrives in Lagos, Nigeria from the United States determined to escape the remnants of her former life but her efforts are futile as she discovers new life and purpose in the homeland of her estranged father.

Joyride
Edwin Alexis Gómez, writer/director; Evelyn Angelica Martinez, producer—$25,000 for screenwriting
Teenage sisters are enlisted by their abuelita to break her out of her senior living facility for a joyride to the Grand Canyon. On the journey, their grandmother reveals some unfinished business while newly unearthed family secrets take things to telenovela proportions.

Late Spring
Yuan Yuan, writer/director—$25,000 for screenwriting
A Chinese factory worker travels to New York for her daughter’s eagerly anticipated college graduation, only to be thrust into a desperate search in unfamiliar territory when she learns the girl is missing.

Rowdy By Nature
Morningstar Angeline, writer/director—$25,000 for screenwriting
After a mother disappears without a trace, her troubled daughter spirals in her search, unaware a vampire will save them both.

Santa Anita
David Liu, writer/director; Xin Li, producer—$25,000 for screenwriting
As the summer of 2004 begins, a series of strange events transform the lives of three generations of Asian-Americans living in the Southern California foothills—an aging heiress and art collector haunted by visions of her dead mother, an aspiring young female novelist running a neighborhood video game arcade, and a trio of teenage musicians caught in an increasingly tense dispute between two local gangs.

Signs Preceding the End of the World
Joie Estrella Horwitz, writer/director; Luis Gutiérrez Arias, writer/director; Kindred Spirit, producer; Bahìa Colectiva, producer—$25,000 for screenwriting
Across borders and into the Aztec underworld, Signs Preceding the End of the World is the story of a journey with no return. Adapted from the namesake novel by Yuri Herrera, the film follows Makina as she travels across the U.S./Mexico borderlands to find her estranged brother. Along the way, she faces the apocalyptic reality of her changing world as we are confronted with the signs that announce the end of ours.

The President’s Cake
Hasan Hadi, writer/director—$25,000 for screenwriting
While people struggle daily to survive under sanctions in Saddam’s Iraq, nine-year-old Saeed must use his wits to gather ingredients for the mandatory cake to celebrate President Saddam Hussein’s birthday or face the consequences – prison or death.

The Stud
Matthew Puccini, writer/director—$25,000 for screenwriting
A pair of queer teenagers set off to sneak into the closing night of The Stud, San Francisco’s oldest gay bar.

TOKYO FOREVER
Andres Piñeros, writer/director; Federico Piñeros, producer; John Chaparro, producer—$25,000 for development
Tokyo, a Colombian teenager has to assimilate the death of his brother and his supposed responsibility in his disappearance, confronting his family and questioning our traumas as a community in the context of the Colombian conflict and post conflict.

Welcome to Roswell
Storm Miguel Florez, writer/director/producer—$25,000 for screenwriting
A middle aged transgender filmmaker returns to his father’s birthplace of Roswell, New Mexico to document coming out to his family. His partner’s obsession with the 1947 UFO crash takes him and his film crew in a very different direction.

Where is the Healer?
Tebogo Malebogo, writer/director/producer; Petrus van Staden, producer—$25,000 for screenwriting
Ayanda gets caught in the tangle of people’s lives as she attempts to cast the remake of a forgotten B-movie.