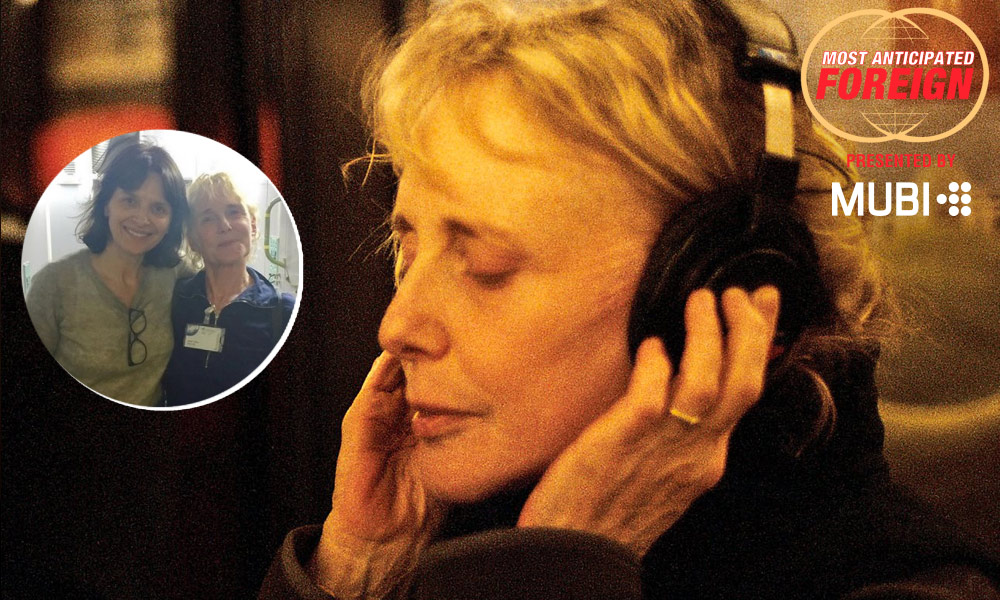 French auteur Claire Denis has become one of the most prolific and revered international auteurs over the past thirty years, beginning with her 1988 debut Chocolat. One of a distinct handful of white filmmakers who often explores peripheral perspectives (notably collaborating with Alex Descas and Isaach de Bankole), Denis has also expertly dabbled in a wide variety of genres, from working class melodrama (35 Shots of Rum, 2008), vampire thriller (Trouble Every Day, 2001), and a stellar examination of internalized homophobia (1999’s Beau Travail).

While she unleashed her version of a romantic comedy this year with Let the Sunshine In, headlined by Juliette Binoche, Denis has been fostering another high profile project for the past several years, her English language debut High Life. Co-written by famed author Zadie Smith, it’s a sci-fi tale about a father and daughter in space which has been highly anticipated thanks to the casting of Robert Pattinson. While the female lead has changed hands several times since the project’s announcement (Michelle Williams was replaced with Patricia Arquette not long after the latter’s Oscar win), as filming commenced Denis returns once more to work with Juliette Binoche. Considering Denis’ past filmography and two leads who seem intent on building an auteur heavy resume, not to mention the highest profile Smith adaptation since the 2002 mini-series of White Teeth, Denis’ High Life lands at our top spot as the film not to be missed in 2018.

Release Date/Prediction: Denis is one of those rare auteurs who landed in the Cannes Main Competition with her debut back in 1988 with Chocolat. Since then, she has been a regular in the Venice competition (1990’s No Fear, No Die; 2004’s The Intruder; 2009’s White Material). Cannes has tended to shoehorn Denis into its sidebars, with 2013’s Bastards going to Un Certain Regard and 2017’s Let the Sunshine In (read ★★★★ review) (which features a stellar Juliette Binoche) opening the Directors’ Fortnight. Considering both these titles should have been programmed in comp, we’re thinking a combo of Pattinson, Binoche, and Denis working in the English language should finally assert her return to the rightful category in competition.