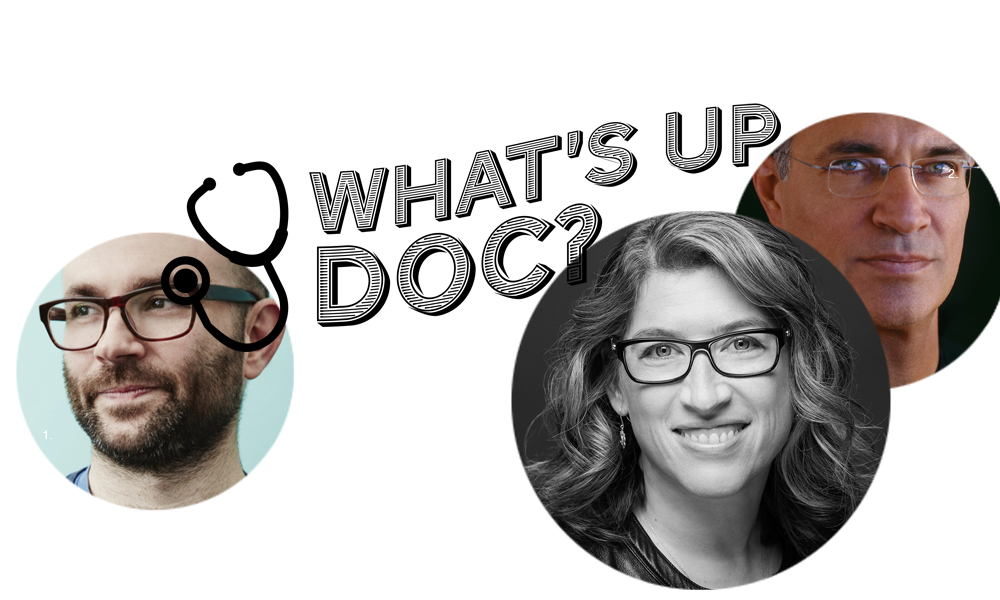 Documentary filmmaking commonly doesn’t afford much celebrity status to its creators that works of fiction benefit from, this, combined with the scarcity of info and unknown project status on upcoming docs means there is no better time to relaunch IONCINEMA.com’s feature, What’s Up Doc?, our bi-monthly, in the moment, top 100, most anticipated documentary films list of docu projects that are moments away from premiering at a festival, or at some creative germination phase. My name is Matthew Roe, I’ll be your guide to films that documentary film lovers, and community at large will want to keep tabs on.

I would be remiss if I didn’t laud a handful of films given us in 2017 before immediately moving on to those soon-to-be-released. Catherine Bainbridge and Alfonso Maiorana delivered Rumble: The Indians Who Rocked the World (read review), a stylish dive into the turbulent history and significant role of Native Americans in popular music. Jennifer Brea made her bittersweet debut with Unrest (read review),  a fervid diary-turned-dissection of the facts and fictions surrounding Chronic Fatigue Syndrome. Rahul Jain scrutinized abject poverty in Machines (read review), a haunting immersion into the working conditions of textile workers in Gujarat, India. Jairus McLeary and Gethin Aldous are harshly candid and visually arresting with The Work (read review), an observation of a four-day intensive group therapy program in Folsom State Prison. Finally, Miguel Coyula blended the surreal and poetic in my favorite docu of the year Nadie; an impressionistic conversation with Rafael Alcides, a poet of the Cuban Revolution rushing to salvage his unpublished manuscripts as the ink is literally fading from their pages.

After the collective post-traumatic stress disorder and cinema riches of 2017, the new year appears to be no less lofty as the latest slate of high-profile documentaries are set to premiere at Sundance later this month. Academy Award-winning juggernaut Louie Psihoyos (The Cove, Racing Extinction) tops our list with The Game Changers, unique social and cultural leaders dispelling myths of veganism, as well as emphasizing its positive impact on the climate. It is produced by UFC fighter James Wilks (the originator of the project), and executive produced by James Cameron (all of whom are unsurprisingly vegan). This landed a spot in the Documentary Premieres section.

Robert Greene uses locals of the titular Arizona town to stage recreations of the controversial deportation of over a thousand immigrant miners in Bisbee ’17, rounding out his third collaboration with 4th Row Films and producers Susan Bedusa, Bennett Elliott, and Douglas Tirola (Actress, Kate Plays Christine). This isn’t to be confused with the 1999 historical fiction paperback by Robert Houston, which shares the same title, setting and time period. Lauren Greenfield is set to finally premiere Generation Wealth, a near decade-long project which will triple-up as “a museum exhibition, a photographic monograph, and a feature documentary film” dissecting our disturbing obsession with wealth. Produced by Greenfield and her husband Frank Evers as Evergreen Pictures, and distributed by Amazon Studios.

The eclectic Emmy Award-winner Peter Kunhardt returns to the director’s chair (after successfully directing Becoming Warren Buffett and producing The Newspaperman for HBO earlier in 2017) with King in the Wilderness, parsing the final years of Martin Luther King Jr. Produced by Kunhardt and his son Teddy as Kunhardt Productions.

After famously walking off the project in 2013 by stating he “would rather die than work on this” (only to return some months later), Stephen Loveridge will finally make his feature directorial debut with MATANGI/MAYA/M.I.A. This long-gestating biography of the Sri Lankan/British rapper and record producer M.I.A. is built from a library of personal footage spanning decades. Produced by Lori Cheatle, Andrew Goldman, and Paul Mezey through Cinereach.

Other titles that we have our laser pointed towards include Amy Scott’s debut with Hal, examining director Hal Ashby’s life and work. Produced by Christine Beebe, Lisa Janssen, Jonathan Lynch, and Brian Morrow of Shark Pig. Maxim Pozdorovkin (Pussy Riot: A Punk Prayer) explores the cult of President Trump through Russian state propaganda in Our New President. Produced by Pozdorovkin, Charlotte Cook, and Joe Bender of Third Party Films. Academy Award-nominee Christian Frei (War Photographer) and Maxim Arbugaev bring us Genesis 2.0, debating the ethics of resurrecting extinct species after well-preserved mammoths are discovered in the arctic.

I can be reached at matt [at] ioncinema dot com. Here is our most anticipated Top 100 docs in the pipeline.