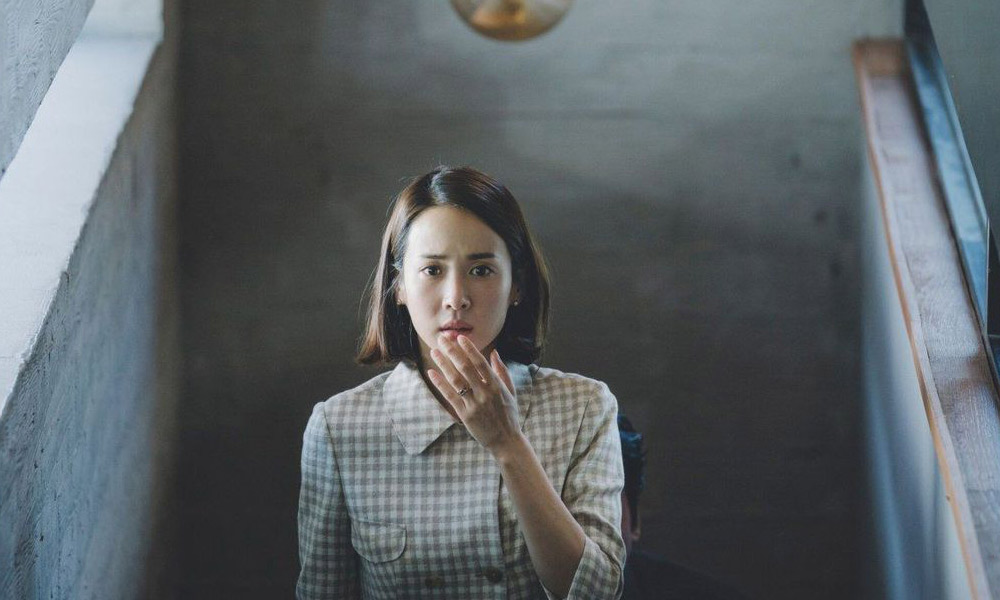 I say this every year, but this year it’s especially true: this was a great year for cinema. And I don’t just mean Marty Scorsese cinema, I even liked Avengers: Endgame for all its green-screened glory! That said, it wasn’t hard to pick my top ten narrative films of the year: pretty much everything on this list can be seen as a masterpiece from at least one angle. Even better, the lower half of my list are all among the best films of the decade. One last note before diving in: a big theme on this list is intentionality. While I selected films that I consider both re-watchable and feats of cinema, it’s ok if this isn’t your top ten. My criteria was to honor the filmmakers’ objectives, because so often the seed of an original idea is lost in the fraught craft of filmmaking. Here, I salute ten films that deliver the moods, looks, feelings and spirit that they initially set out to achieve—and, in some cases, surpassed their own best intentions. Honorable mentions include: A Beautiful Day in the Neighborhood; Greener Grass; A Hidden Life; Honey Boy; Little Women; Long Days Journey into Night; Midsommar; Monos; Pain and Glory; The Peanut Butter Falcon; Portrait of a Lady On Fire; Jojo Rabbit; Yes, God, Yes.

Those who criticize 1917 for its gimmicks miss the point. Some movies are about sheer spectacle, and that is where 1917 aims—and nails the bulls-eye. Beyond its mind-boggling technical prowess and audio-visual beauty, Writer/Director Mendes, Co-Writer Wilson-Cairns, Cinematographer Deakins and Composer Newman craft a work of emotional merit couched in brazen extravaganza. From beginning to end, every frame builds visceral tension to engrossing effect—a lot like following two first violins through a visual concerto.

Where 1917 relies on spectacle, Marriage Story relies on performance to capture the horrors of war. Intermarital war, that is. Adam Driver and Scarlet Johansson go all in on their complex relationship, coming out the other side with both battle wounds and hope for the future—plus a pair of career-best performances. Perhaps the film would have been even more relatable were they not privileged artists, but that’s part of what makes their unspooling so juicy.

Olivia Wilde’s directorial debut Booksmart is a Gen Z coming-of-age anthem that will surely join the ranks of Clueless and Superbad in high school movie history. Emily Halpern and Sarah Haskin’s witty blacklist script from 2009 has been updated; Wilde shows a knack for clever comedy. Their heroes are two token BFF nerd-overachievers: Molly (Beanie Feldstein, fittingly Jonah Hill’s real-life sister) and Amy (Short Term 12’s Kaitlyn Dever). Having spent their teenage years in the library, the girls use their last night before graduation to make up for lost time. Sound like Superbad? The similarities actually feel intentional: finally, girls get to share unfiltered thoughts on vaginas and scissoring. There’s an ensemble cast with too many fun roles to name—plus a lesbian romance devoid of male gaze. But even so, Booksmart is a film for all genders: fleet-footed and truly hilarious.

Adapted from Jack London’s novel of the same name, Pietro Marcello’s Martin Eden is an incendiary political discourse wrapped in romance that feels like classical cinema. Even while touting leftist manifestos—self-described by author London as “an attack on individualism”—Marcello’s film remains ironically dedicated to the individual: more specifically, to the titular Martin [the haunted Luca Marinelli], a pauper’s son who dreams of becoming a writer. Complex and often difficult, you’d think London’s protagonist might alienate—but thanks to Marcello’s and Marinelli’s attention to character, even the politically abject become invested. An added grace note: Marcello, a longtime documentary filmmaker, intercuts Martin’s story with his own archival footage to bittersweet poetic effect.

#6. We Are Little Zombies – Makoto Nagahisa

Some might dismiss We Are Little Zombies as “cute,” but for me, this surprisingly original film is a work of art. Crafted with love and creative abandon—and stylized like a JRPG for the NES—Makoto Nagahisa’s opus is the closest you may get to a “Mother” film adaptation. Cleverly structured in 13 levels, this bizarre, hysterical, tragic and imaginative game-film will take you through a full range of emotions. Here, style is substance: rife with visual poetry and inventive directorial choices, this is a full-throated graphic poem. Zipping between snarky self-awareness and profound observations, We Are Little Zombies is a natural ode to childhood, unable to hide its wildly beating heart. Read my full review here.

This is a film by a man looking back on his life and career … and forward to the next generation. A spiritual sequel to Goodfellas—with the black humor of The Wolf of Wall Street and the moral turmoil of Mean Streets—The Irishman is a cinematic Feast of San Scorsese, consolidating the director’s many obsessions into one intense, darkly funny journey through time. This is also among Martin Scorsese’s best and most surprising films. From individual character flaws to its grand grasp of history, everything is extreme … and yet it strikes just the right balance between personal taste and mainstream appeal. It’s a film about memory, clouded by time. It’s a film that reminds us, life is precious and easy to waste. In sum, Scorsese de-mystifies his own mythology: he relishes fragile egos, lost machismo, pet peeves and favorite foods; he replaces mob romanticism with unforgettable humanity. He doesn’t just drive his plot forward, he looks inexorably inward. Read my full review here.

#4. Once Upon a Time… In Hollywood – Quentin Tarantino

Once Upon a Time In Hollywood is Tarantino’s Roma: a baroque cultural time capsule and his most mature film to date. OUATIH also has a surprising amount of emotional heft: Tarantino hasn’t gotten this sentimental since Jackie Brown. His nostalgia for the 60s is contagious, even for those who haven’t lived it—and his Hollywood is immersive, so steeped in detail that traditional structure isn’t missed. Critics complaining about regressive gender politics should revisit 8-year-old Marybelle (Trudi), his stand-in for the modern feminist perspective—plus Margot Robbie’s theater scene, perhaps his most autobiographical statement to date. Both are proof of seeds growing even back then. And as for Rick and Cliff’s bromance, it’s one for the ages: their collective journey is uproarious, poignant and turbulent. I heard someone complain that the film “felt like just watching two real people living their lives.” If that isn’t a colossal artistic achievement, I don’t know what is.

In the best possible way, Us feels like a Jordan Peele movie: a cinematic Rorschach test that calls our deepest, darkest fears to the surface. It’s also a delightfully lucid nightmare—so good that, like a recurring dream, we can’t stop reliving each grisly frame. Peele pits his titular group—actors, audience and himself, i.e., Us—against our worst selves, an exercise in self-reflection by way of home invasions, chase scenes and stab wounds. With a familiar blend of humor and heart-stopping engagement, Us sidesteps a Get Out sequel and goes deeper, bigger, scarier. Even politically, it’s more subversive, replete with razor-sharp metaphors about class, race, xenophobia & more. This is a film that will haunt you, and make you think. As for Jordan Peele, it solidifies his status as a true auteur: a king of crowdwork, a sage of scares; a brilliant artist who clearly has more to say. Long after the credits roll, the roar of the crowd lingers—a chilling reminder of animal instincts that live within. Read my full review here.

Writer/director Rian Johnson’s Knives Out is pretty much perfect: a Gordian-knot whodunit with clever insights into “toxic nationality.” This twist-a-minute thriller is one of the best mystery movies ever: it has all the suspense of an Agatha Christie page-turner without the long-drawn buildup. On top of that, it’s a razor-sharp satire. Refusing to underestimate its audience, it subverts expectations and leans into tropes. The dialogue is beyond barbed—as if Joseph Heller wrote Murder on the Orient Express. A master-class in pacing, the script for this film should be studied for years to come. The politically savvy humor, the story’s baked-in logic—plus an all-star ensemble cast with no shortage of juicy roles—all warrant re-watching. Like a fine wine, Knives Out will only get better with age.

Bong Joon-Ho’s Parasite is a rare one-two-punch: a crowd-pleasing whirlwind of class-conscious satire and a media-expanding study in visual language. Laced with cause for laughter, all delightfully unexpected, Parasite is precise and demands re-watching; it has layers to unpack, yet is completely airtight. It’s also a masterful balancing act. Seamlessly morphing between genres while consistently staying ahead of his audience, Bong Joon-Ho gives us an astounding mix of complex emotions, cultural insights, filmmaking prowess and incredible mainstream appeal. If you don’t like Parasite, you don’t like movies.

Parasite‘s historic victory re-ignited faith in humanity after this year’s snubbed nominees and forgotten female filmmakers.  This well-deserved, monumental reminder of our own best selves will inspire generations of artists to come.  I often use these Top 10 lists to note unfair decisions and missed opportunities — but this year’s Oscars was a truly great show, an almost start-to-finish apologia for everything Hollywood—and The World—gets wrong.  In spite of daily devastation and wounds not yet healed, some justice was served. Some faith restored. Some history made.