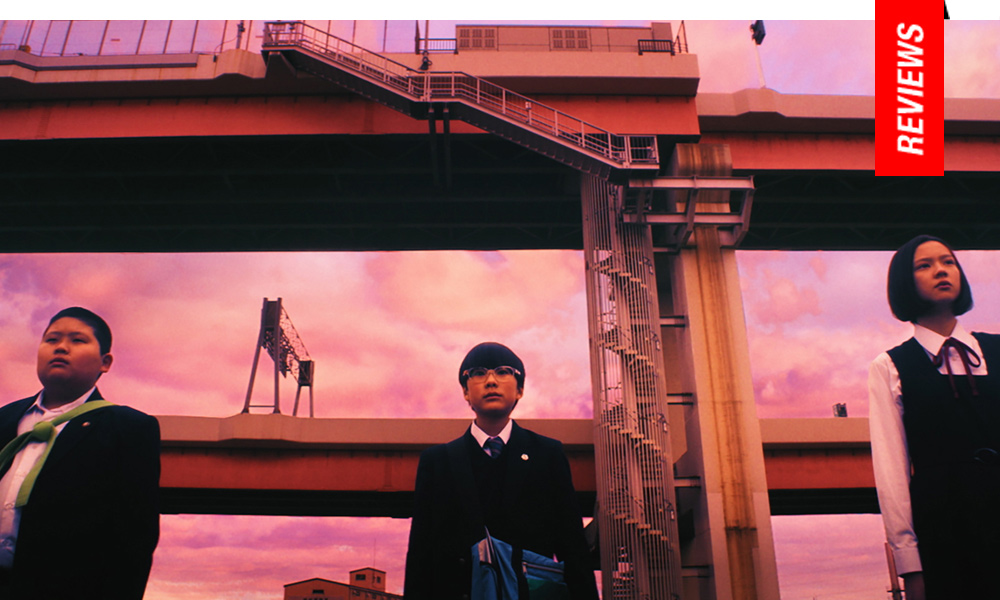 We Are Little Zombies | Review 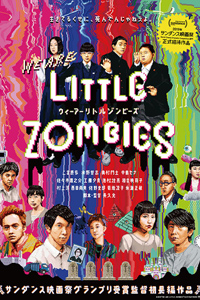 Makoto Nagahisa’s We Are Little Zombies is a pure and delightful work of art. Crafted with love and creative abandon—stylized like a JRPG for the NES (the closest that audiences may get to a “Mother” film adaptation)—the 13 levels of this bizarre, hysterical, tragic and imaginative game-film will take you through a full range of emotions. Video game culture has never been so creatively or effectively used onscreen: far beyond mere imitation, We Are Little Zombies is like nothing you’ve ever seen. Playing off archetypes like the ‘Continue Screen’ and ‘End-of-Level Boss’ for emotional payoff, this uproarious odyssey exists somewhere between post-modern Indies and French New Wave films.

The titular Zombies are an oddball quartet of newly-orphaned 13-year olds. All four share a history of neglectful parents; all four are numbingly aloof in light of recent tragedies. Their ostensible narrator, 13-year old Hikari (Keita Ninomiya), knew familial love only in the form of video games, thus sparking the film’s 8-bit take on life, grief and redemption. Fleshing out the four backstories while laughing in the face of mortality, the film moves from one hilariously callous set-piece to the next; then—in the film’s only predictable, yet no less effective twist—the Zombies decide to form their own rock band. Katsuya Yamada’s original synth-driven score, along with bursts of piano and epic rock overtures, charges the film with mesmerizing energy.

Reminiscent of La Guerre des Boutons (1962), autonomous 13-year olds run amuck while adult characters and values are shoved backstage—but even as their childhood is being ripped away, We Are Little Zombies is never reductive. Instead, commercial/music video director Nagahisha keeps it fresh by channeling his own inner child, zipping between snarky self-awareness and profound observations: the kind made only by the young-at-heart … or characters in Haruki Murakami’s fiction. (Kafka’s The Castle comes up more than once.)

In We Are little Zombies, style is substance. In the same way a child uses blocks and pictures to explain feelings to a doctor, this film is rife with visual poetry, inventive directorial choices that suggest feelings buried within. An ingenious, rapid-fire dialogue of YouTube-style comments says more about the Internet than most tech-focused movies; aerial shots of avatars traipsing across an RPG overworld both elevate and trivialize life’s constant struggles. In the current age of long-take worship, Hiroaki Takeda’s camera is refreshingly jerky: when one dazed character is recovering from a beatdown, he gives us a laggy, lurching pan.

We Are Little Zombies’ Gameboy panache cucks Ready Player One and makes Scott Pilgrim look mainstream. Each sequence is more brilliant than the last; and just when you think the film is done surprising you—or flat-out over—it surprises you with yet one more fake-out ending. Like most singular artistic visions with too many good ideas, We Are Little Zombies could afford a minor cut-down … but it’s hard to fault its director for fearless creative energy. In fact, his approach should be taught in film school, because it’s so antithetical to formal film structure: a full-throated graphic poem, it commits wholeheartedly to each moment of riotous irreverence. Instead of posturing as a self-conscious experiment, We Are Little Zombies is a natural—unable to hide its wildly beating heart.