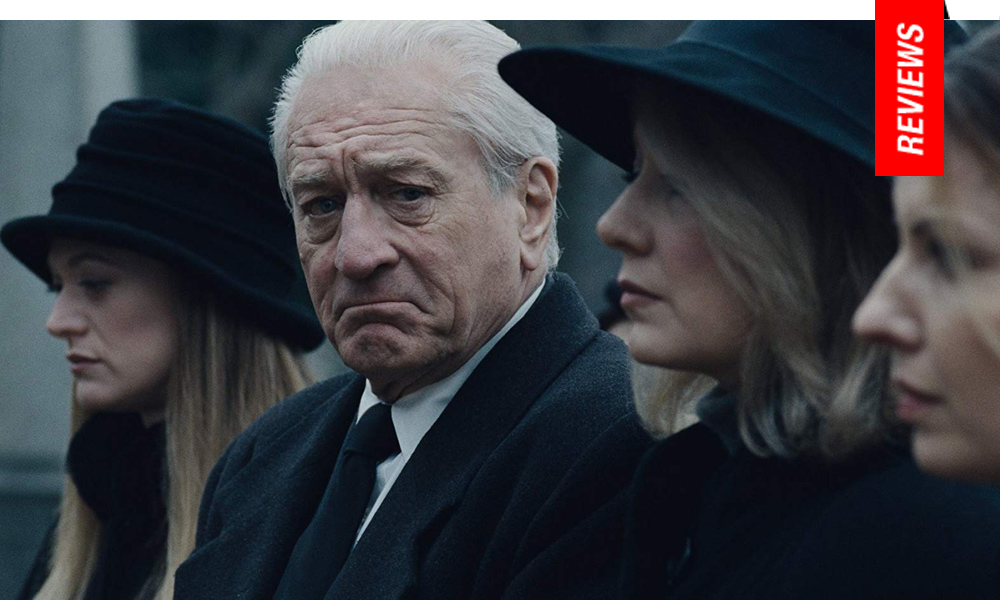 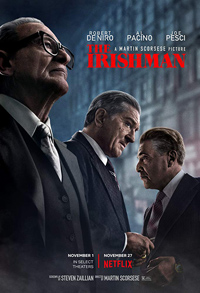 A spiritual sequel to Goodfellas—with the black humor of The Wolf of Wall Street and the moral turmoil of Mean Streets — The Irishman is a cinematic Feast of San Scorsese, consolidating the director’s many obsessions into one intense, darkly funny journey through time. It’s also among Martin Scorsese’s best and most surprising films. From individual character flaws to its grand grasp of history, everything is extreme … and yet it strikes just the right balance between personal taste and mainstream appeal. It’s true that the Oldfellas do take a while to get going; but despite the film’s indulgent runtime, they ultimately deliver a masterful elegy.

Like an “Old Timers Day” all-star game, The Irishman is brimming with eccentricities and performances that warrant a re-watch. Adapted from Charles Brandt’s book I Heard You Paint Houses by Steven Zaillian, this film tells a tale of loyalty, betrayal, sin, guilt, forgiveness and regret for the ages—made possible only by the perspective of a late-career master. The narrative sprawls, complexifies and almost confuses; even the characters admit there are too many “Tonys,” but their humanity grabs us. At the forefront is Robert De Niro as melancholic narrator Frank Sheeran, a mob-hitman reflecting on days past. His cohorts are the hilariously incendiary Al Pacino as labor leader Jimmy Hoffa, and the terrifyingly restrained Joe Pesci as mob boss Russell Bufalino.

Talk about fan service! Scorsese’s films have always been full of riches, but this film outdoes them all. His themes have matured along with his actors; their performances are at the top of their game. His narrative spans lifetimes, but never feels compressed. And then come the subtleties: self-aware narration; meditative pacing; shocking bursts of violence cut to pop jams; hilarious character freeze-frames subtitled with their eventual cause-of-death; religious backdrops full of portent; the inquisitive stare of a child. Not to mention the frequent nods to mob movie history (and Scorsese’s own filmography).

Re the elephant in the room: the de-aging CGI looks surprisingly good, but distracts. (De Niro’s blue contacts don’t help either.) Luckily, since the film is rooted in memory, this distraction is forgivable … and almost forgotten over the course of 3.5 hours. The past is never quite as clear as we believe, anyway, so we’re free to revel in nostalgia: an eloquent ode to years-gone-by.

This is a film by a man looking back on his life and career and forward to the next generation. It’s a film about memory, clouded by time; it’s a film that reminds us, life is precious and easy to waste. At its worst, it’s like a greatest hits album: almost overstuffed, and not as propulsive as The Departed or Goodfellas. At its best, however, The Irishman is magnificent: a film with conscience, and enormous depth of emotion—particularly when the tough guys slow down for moments of wistful affection. In sum, Scorsese de-mystifies his own mythology. He relishes fragile egos, lost machismo, pet peeves and favorite foods; he replaces mob romanticism with unforgettable humanity. Along with driving his plot forward, he looks inexorably inward. And that’s just the beginning:  despite minor flaws, this film atones for its sins with a world-shattering final act.